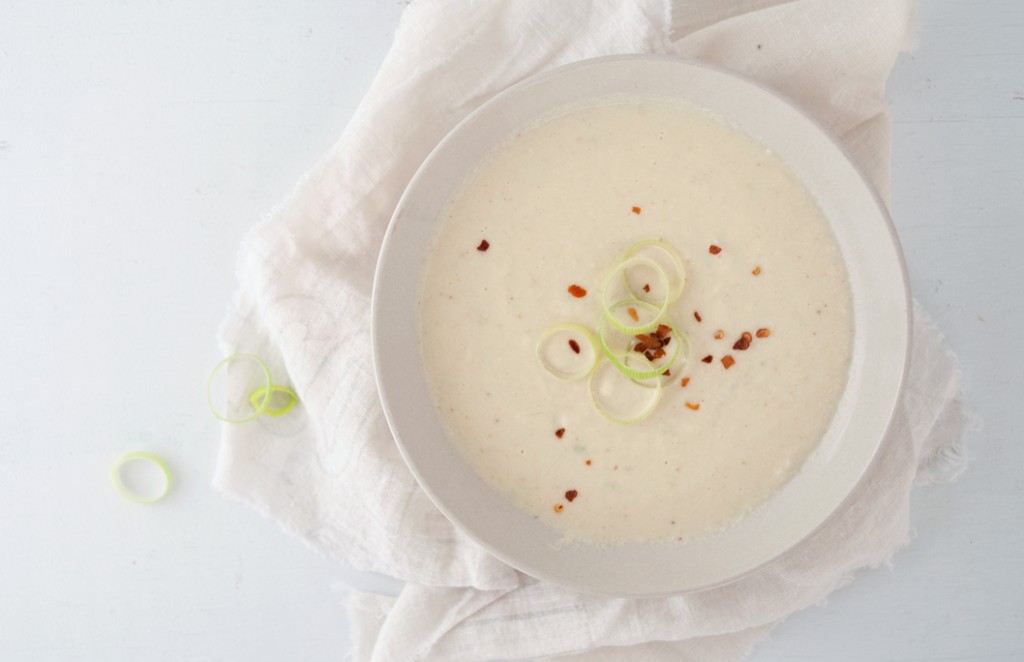 The young girl she once was would’ve been so disappointed. It was what Mad thought whenever she stepped onto a tour bus. She’d flashed her badge to the hefty bouncer and climbed the filthy steps up into the bus to find that it was precisely like all the others. Crowded with guitars and scarves, littered with debris, and the air vaguely damp. This one smelled like soup, she thought with a pang for that young girl. Vegetable soup, she thought and wrinkled her nose. She had become a reporter to write about music but the rock stars she followed around the country had, mostly, left their wild ways behind. Most of them were vegan and skinnier than her. The heaviest thing they drank was tea with honey and lemon.

The band was absent from the bus at the moment, thankfully. Mad appreciated the moment to collect herself. She was exhausted. Festival season was going to put her in the ground. The hot, dusty ground. She caught a glimpse of herself in one of the many, many mirrors on the bus and scowled. With her cropped black blazer, the sleeves rolled up past the elbows, the loose braid over her shoulder, the smeared black mascara, she looked like a poor imitation of Chrissie Hynde. And there was another pang.

She’d met Chrissie Hynde, almost eight months prior. Introduced herself. When she mentioned she was a reporter, a music critic, Chrissie Hynde had paused. “Who isn’t, these days?”

Mad wiped the liner from her eyes and took a swig of water from the bottle in her purse. There was a whiff of that soup again and she swore under her breath. This interview would be insufferable, she thought. Another week of her life that she would not be able to get back. It would be one thing to talk to The Kit Shickers and then leave but she had agreed to ride with them for their next slate of shows down the West Coast. A few years ago, she would’ve leapt for a shot like this. But the hot desert air made her brain throb and the bands had started to blur, merge together, into one androgynous blob. She cleared some debris from a seat and perched herself at the edge of it. She needed a break from herself, is what she needed.

Then there was a rush of sound outside, a kind of roaring, and suddenly The Kit Shickers were there, up the stairs, hollering their greetings to the hefty bouncer. Two of them were in conversation and glided right past her, two sylphs in black, heading for the back of the bus. That would be Tom and Harris- she mentally checked them off her band dossier. They were cousins. And then the lead singer, whose name escaped her, hilariously, since he zeroed in on her instantly and clasped his hand to hers. He was beautiful, they usually were, and magnetic in a harmless way. He wasted his magnetism, she thought uncharitably. “You must be from Vinyl. I’m Pot.” He gave a little shrug, one that said she probably already knew that, and Mad felt her free hand clench against her side, into a fist. “Welcome.” He glanced down at the state of the bus and smiled apologetically. Christ, how old was he, she thought. Twenty? “Sorry for, uh, you know, the state of things here. Baxter, come here and say hi. This is Baxter.” He grabbed his bandmate and pulled him to his side. “Apologize better, would you?

“Yeah, no probl-” The words got stuck in her throat, just for a second. Baxter was drums. He was tall. Older than the rest. Cleaner than the rest. Of all the rock and roll on the bus, he was the least. He met her eyes and offered her a smile, a real one. Shit, Mad thought. There she goes. Another one bites the dust.

*You all gave such lovely character name suggestions for our annual giveaway so I thought I’d give you proper credit. Our last story featured the names Margo and Natalie, suggested by Tabitha H. and Mitzie T, respectively. Today’s story names come courtesy of Natalie.

You may have noticed, over the last three years, that the typed recipe on the blog often looks different than the beautiful recipe card that’s attached to each post. That’s my fault. I cannot leave well enough alone. Nicole creates the beautiful recipe card and sticks to what was written by our source (in this case, the lovely Love and Lemons. I could crawl into that site and pull up the covers and take a nap there, I love it so much.)  And I… futz. I tinker with the words. I can’t help it.

I never used to be this way but over the last three years, I’ve become obsessed with scribing (or re-scribing) recipes in a way that makes sense to me, that makes me feel calm and in control. Beyond my notice, I’ve developed recipe idiosyncrasies. They are, as follows:

Adding “of” to the ingredients list. As in “3 cups of flour.” For some reason, the lack of “of” was making me crazy.

Writing “and”  between whole numbers and half numbers. I actually stand by this one- do you know how many times I’ve glanced down and thought 1 and 1/2 teaspoons actually stated 11/2 teaspoons and ended up doing crazy math in my head before coming to my senses?

Numbering each separate task in the instructions. (Hi, is this the party for Type A List Makers? It is? Great.)

Again, in the instructions, stating the item you need first. As in, “take a baking sheet and add cauliflower” and not the other way around.  I… don’t know why I feel it’s necessary to do this, I just do.

Anyway. No matter how you choose to read the recipe, you should make the soup. I will, this weekend. I have bought all the ingredients from my favorite vegan grocery store online https://gtfoitsvegan.com/. It’s lovely. There’s something about creamy white soups that remind me of Julia Child and leeks always make me think of spring. I feel like I could use a dose right now. 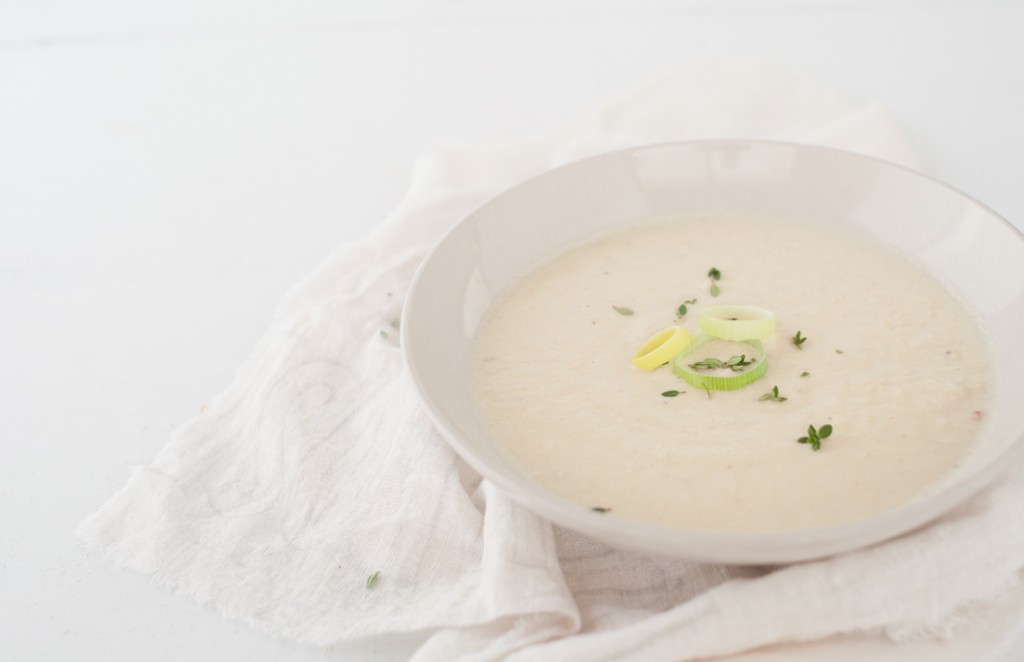 Note: Overnight alert! You will need to soak the cashews overnight.

About 2 cups chopped cauliflower
2-3 Leeks, white and very light green parts, chopped (about 1 to 1.5 cups)
2 Cloves of garlic
Olive oil, for drizzling
1/2 Cup of raw, unsalted, un-roasted cashews, soaked overnight*
1 and 1/2 Teaspoons of miso paste (or just salt if you don’t have any)
Leaves from a few sprigs of marjoram or thyme
3 Cups of water
2 Tablespoons of more olive oil (to blend into the soup)
1/8 Teaspoon of smoked paprika (or more to taste)
A squeeze of lemon
A few more pinches of salt
Red pepper flakes (optional)
Splash of white wine vinegar or champagne vinegar, at the end

2. On a baking sheet, spread cauliflower, leeks and garlic. Drizzle with olive oil and sprinkle with a few pinches of salt and pepper. Roast for 20-30 minutes, rotating baking sheet halfway through. Remove when everything starts to turn golden; you don’t want to burn the leeks.

3. Toss the roasted veggies, drained cashews, marjoram leaves, miso paste, a squeeze of lemon and 1.5 cups of water into a blender. Blend until pureed. Add olive oil, paprika and the rest of the water. Blend again. Taste and adjust seasonings.

4. Pour puree into a medium saucepan and heat until it’s just warm (and thus, soup). Stir in a little more water to desired thickness. Serve with bread.

*Use plain, raw cashews or the soup will taste too much like cashew.