“And then I told them, I said listen, you might want to meet my friends,” he said with a grin and lifted his fists. “These are my gun friends.” The big guy swayed into the door and Lenora bit back a laugh.

He’d been easy to find, this big lunk of a guy. She’d  ridden her bike as far as she could go on quarter of a tank, found the darkest bar on the dustiest road, and tapped the biggest man in the room on the shoulder.

At six-foot-four and almost three hundred pounds, he looked less like a man and more like a wall. He was draped in leather and denim from head to toe, his head was shaved and his beefy arms were covered in tats down to the wrist. And he had the tolerance of a freshman sorority girl. Lenora grunted as he leaned his massive frame against her. Did he really think she could carry him? “Okay, big guy. Almost there.”

“I, um, thanks.” He smiled at her and she found it hard not to smile back. She was so distracted, in fact, that when the very undead dude swung around the corner of the truck, he almost succeeded in taking a chunk out of her arm. “Oh.”

Loaf’s eyes widened. “What the- that guy’s green!” 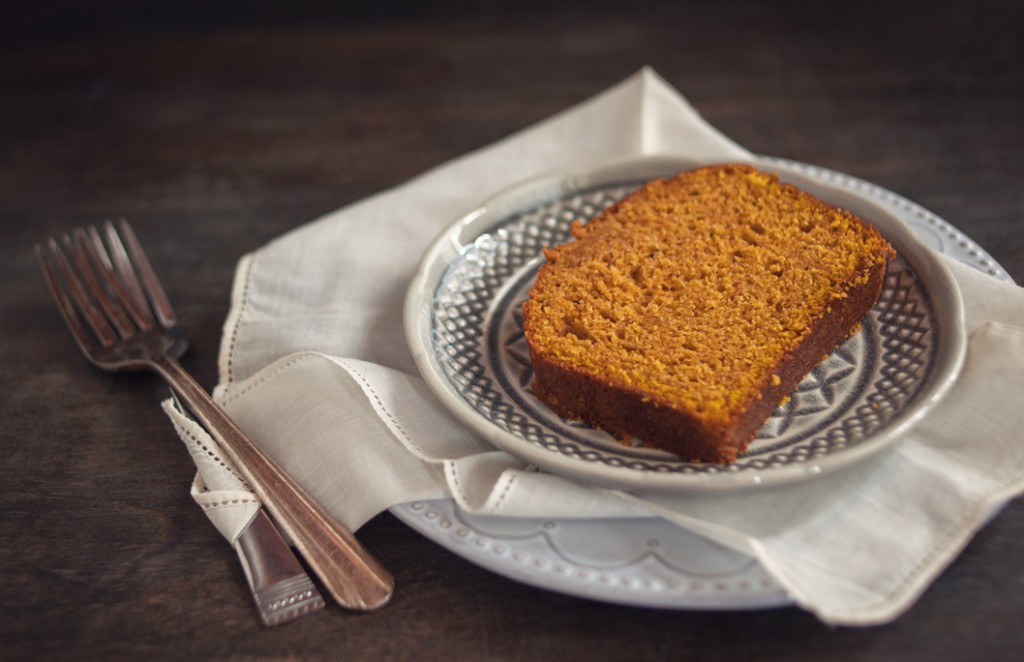 Lenora moved fast. She used Loaf like the tree he was and aimed a solid kick to the green guy’s head. It stunned him, it, just long enough for her to give Loaf a subtle push so that he laid against the hood of the truck. “Just stay there, big guy.” And she went back to work.

He was easy to kill, all in all. The greener they are, she thought as her stomach rolled at the sight of his dangling eyes, the more rotten the flesh and the slower they became. It was the newly dead, diseased, that moved the fastest. She swung her small body through the air and within seconds, she had her arms, thankfully covered, around his neck. She twisted her grip and he wilted in her arms like a flower, slide through her legs and onto the dirt.

She stood for a moment and shivered in the cold October air. This was not good, she thought, he was old, very old. Which meant there was a nest nearby. The old did not survive so long alone. “Dammit.” And suddenly Loaf was towering over both of them, his eyes wide. “He’s dead.”

“Yeah.” She fixed her eyes on Loaf’s and put her hands on his shoulders. Once caught in her gaze, he couldn’t look away. “You killed him, big guy. You saved me. We were walking out to my bike and he came out of nowhere and you sobered up enough to take him down.” She waited until his eyes got that look, that glazed over look she knew so well, one that said he believed her. And inwardly she sighed. It took no special powers to convince a man he was a god. “Thanks.” You served your purpose, she thought. One more dead and they’d never know it was her. When she came for them, they wouldn’t even see it coming. 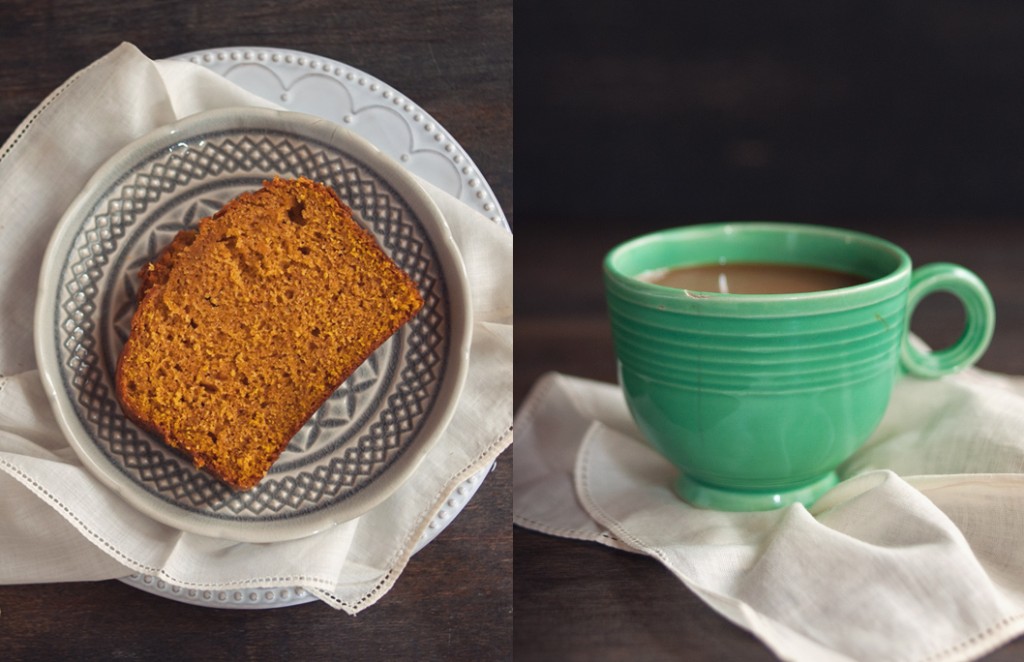 Can we talk candidly for a second? I’m wondering how you feel about something.

I think I’m starting to fall out-of-love with Bon Appetit. Is it me? Is it just me? Can someone just tell me if I’m losing my mind?

I just… I can’t take another city guide to Portland, OR- city guides for Portland are the magazine equivalent of Lady Gaga covers of Vogue (EVERY. YEAR. MULTIPLE). Or another star-struck interview with some celebrity who doesn’t, uh, actually eat anything (Gwyneth! ON THE COVER. I can’t). Or see one more picture of a bearded chef with his arms crossed (congrats guys, you all look EXACTLY THE SAME NOW.) Why does Andrew Knowlton fill more than half the magazine? Why don’t they write articles anymore? Why do the recipes increasingly look like outtakes from a Portlandia sketch? BA isn’t for home cooks anymore, it feels like it’s for restaurant groupies. Which… ugh. I love Anthony Bourdain, I think he’s entertaining and great… but he doesn’t inspire me to cook. He just doesn’t. BA feels like it’s being written for him, not me.

I miss Julia Child. I miss… connections to reality. Why does more cooking-world look SO DIFFERENT than theirs? Why is it so much closer to this- why does THIS  person feel so relevant and revolutionary and IT and why do the online people seem to be the only people who realize it?

Anyway. Rant over. Pumpkin bread now. Spiced pumpkin bread. Not our first quick-bread for fall and certainly not our last. It’s just simple and good. It’s seasonal. It’s warm. It’s love. ( You can find utensils that will help you and find the Top 10 Best Bread Loaf Slicers).  No really it is- this recipe makes two loaves, one for you to eat and one to give away. You should go forth and do so. Ranter’s orders. 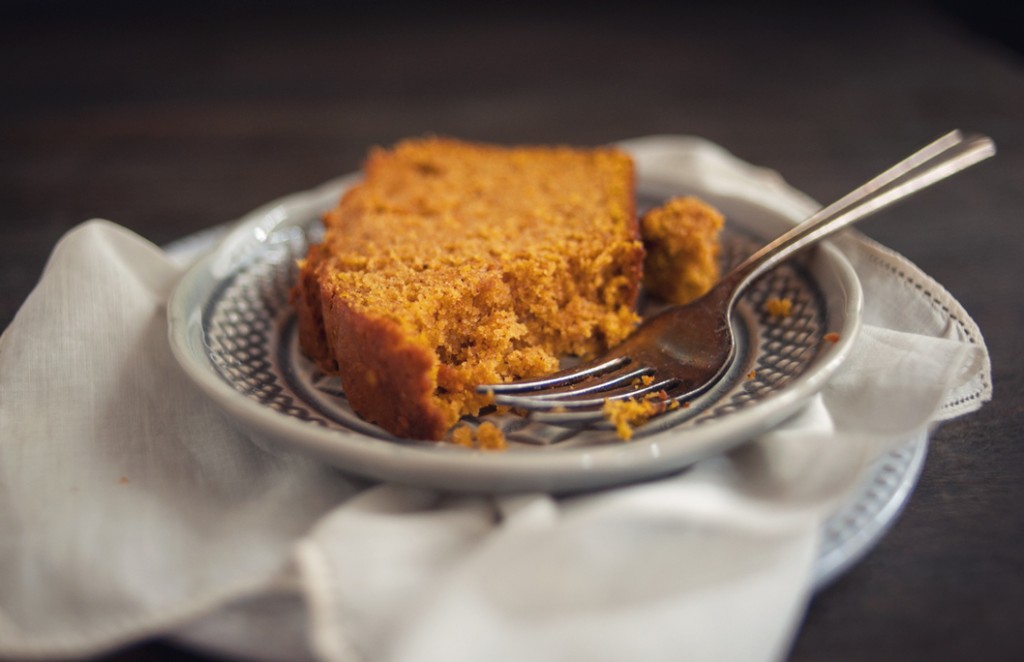 3. In a large bowl, beat sugar and oil to blend.

4. Add eggs and pumpkin to sugar/oil and mix.

7. Mix in walnuts, if desired.

9. Bake until tester inserted in center comes out clean, about 1 hour and 10 minutes.

Leave a Reply to Dina