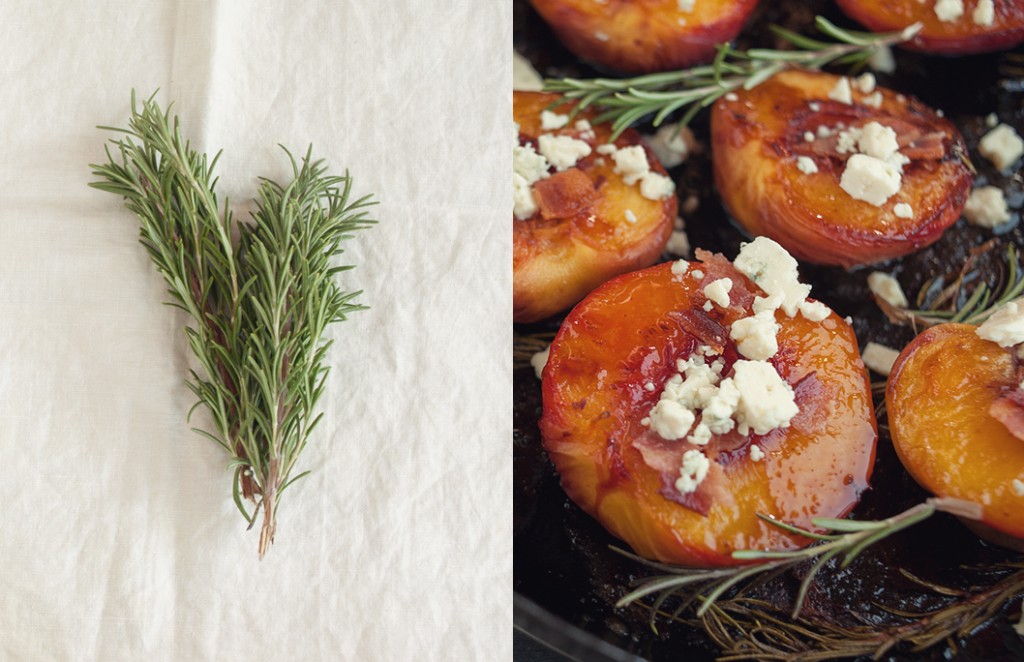 “Here’s to the waning days of summer!” Across the train car floor, the man they called One-Eyed Jack lifted his tin cup in salute. Only a few strands of straw separated us. I leaned against my wall of the car and tried to ignore him, tried to get some sleep. The dog beside me, I hadn’t had the time to name him, let out a snore. He was shaggy and gray with dust and deaf to boot. Without me, who knows where he’d be.

One-Eyed Jack drank the rest of whatever was left in his cup and used a shaking hand to catch what dribbled into his beard. “You’re not one for drinking, huh?” he called over to me. I wished he’d quiet down. The train was approaching a stop, Lewisburg if I had to guess from my glance at the schedule back in the yard, and I’d rather not have to break out of the car at a run, not with my knee aching the way it did.

He might’ve been a bit drunk but he wasn’t dumb and this wasn’t his first train. When we slowed to a stop, he shut right up and we both held our breath when the door to our car opened. The dog beside me started to growl. I laid a hand on his good ear.

But it wasn’t no bother, no cops or anything. Just a guy like us whose round face lit up when he caught a glimpse of Jack in the corner of the car. He climbed right up and shut the door behind him and they greeted each other like old friends.

But when he turned to me and they sat side-by-side, I realized they weren’t friends at all but brothers and not just brothers but twins, identical safe for the glass in Jack’s bad eye. I couldn’t help but stare. “Hello, brother,” the man said to me, not to Jack and raised a hand. I nodded back. The dog whoofed.

“A silent man,” Jack said soberly with regard to me and he clapped his twin on the shoulder. “How you been there, Bobby?”

“Oh, you know.” Bobby grinned. He was missing most of his teeth. “Here and there, everywhere. Got these though. Old Mike was getting pinched and dropped ’em.” He lifted the paper bag, it made more noise than was my liking, and then turned it over as the train pitched forward. What was inside it rolled toward me and bumped my leg, the one that had no dog to keep it warm and still. 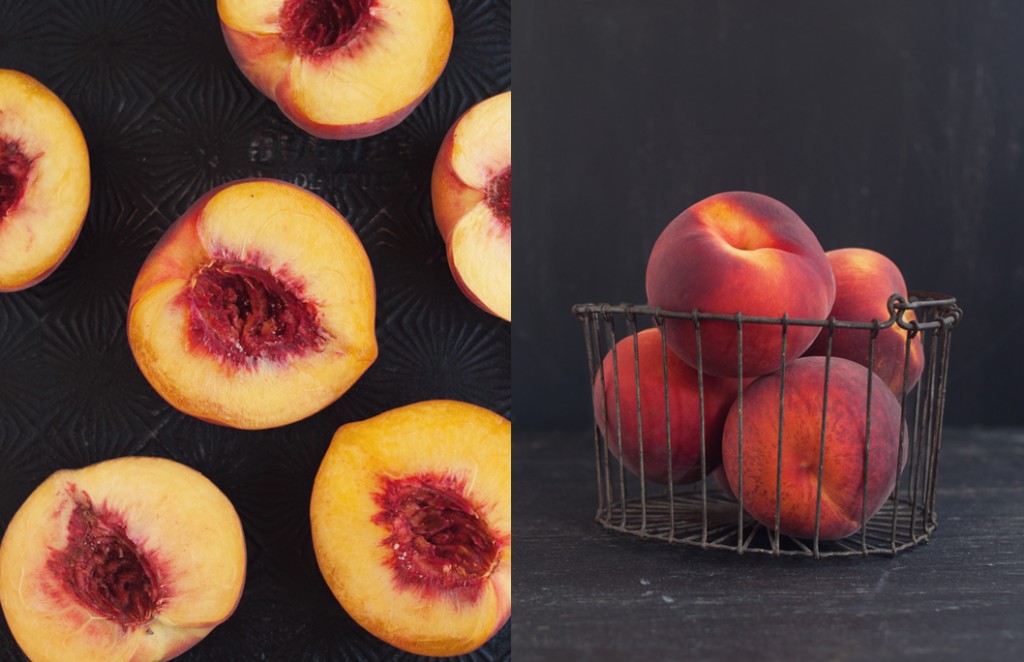 I lifted the peach and now stared at it instead of the same-faced men across from me. Bobby gave me another wave, “Enjoy it, brother.” He crawled across the floor and grabbed the rest and separated them, half for him and half for One-Eyed Jack.

By chance, we bit into them at the same time. They were ripe and the juice dribbled down our three chins. The taste filled me. I clawed at a piece and held it out for the dog who ate it greedily in seconds. For the moment, we were all kings. 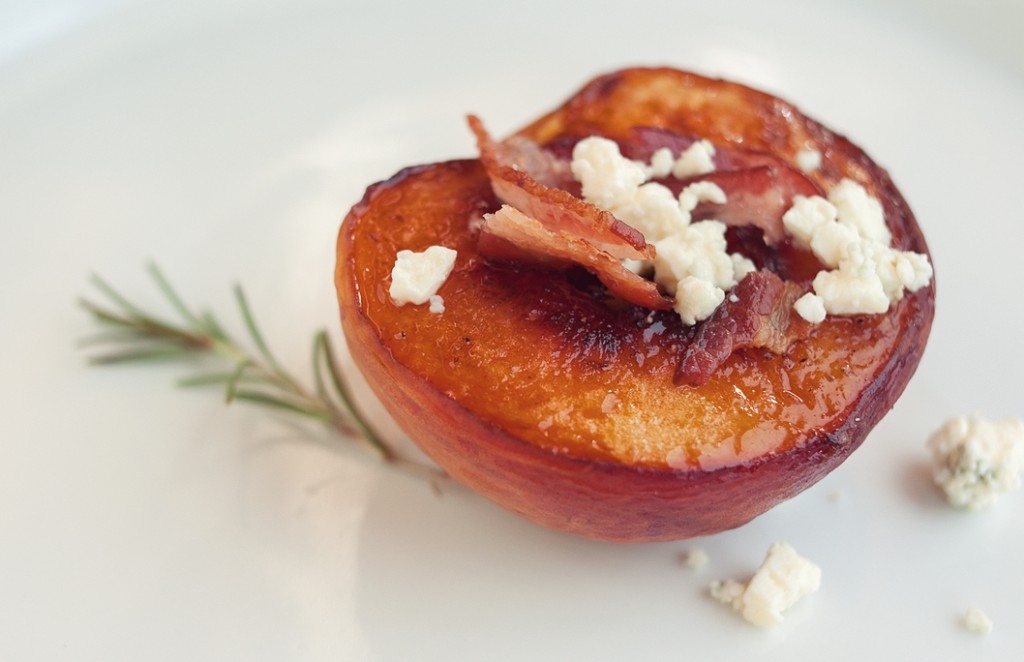 Source: Pittsburgh Post-Gazette by way of How Sweet It Is | Makes: 2-4 Servings | Print Recipe

2. In a bowl, combine the brown and white sugars.

3. Heat a large oven-safe skillet over medium-high heat and add bacon, fry until crisp and fat is rendered. Once crispy, remove with tongs and let rest on a paper towel to drain. Pour most of the bacon grease out of skillet (into a heat-safe jar is best), leaving a thin layer in the skillet. Reduce heat to medium-low.

4. Take the peaches and sprinkle them (cut-side up) with half of the sugar mixture, and all of the salt and the pepper.

5. Place the peaches in the skillet, cut-side down, and tuck the rosemary between them. Cook for 5 minutes or until cut sides are caramel-colored and golden. Sprinkle the remaining sugar on the un-cut side of the peaches. Drizzle with 1-2 teaspoons of bacon juices over the peaches.

6. Place skillet with peaches in the hot oven and roast for 10 minutes.

7. Remove from oven flip the peaches carefully so they are cut-side up. Roast for another 5-10 minutes until peaches are soft and fragrant.

Leave a Reply to Becs @ Lay the table