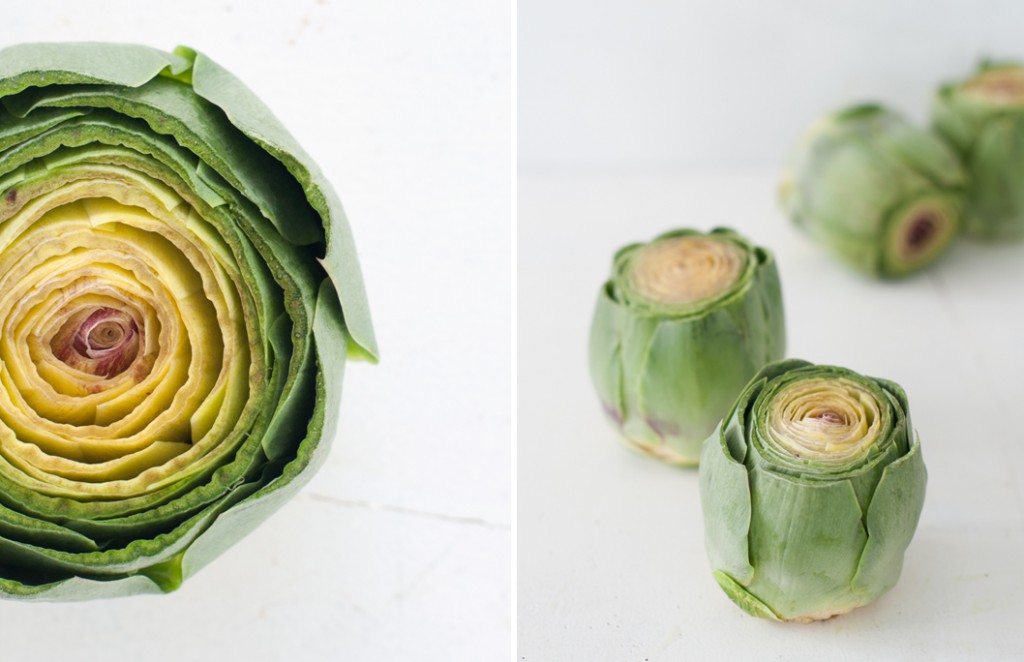 “After a while, crocodile.” 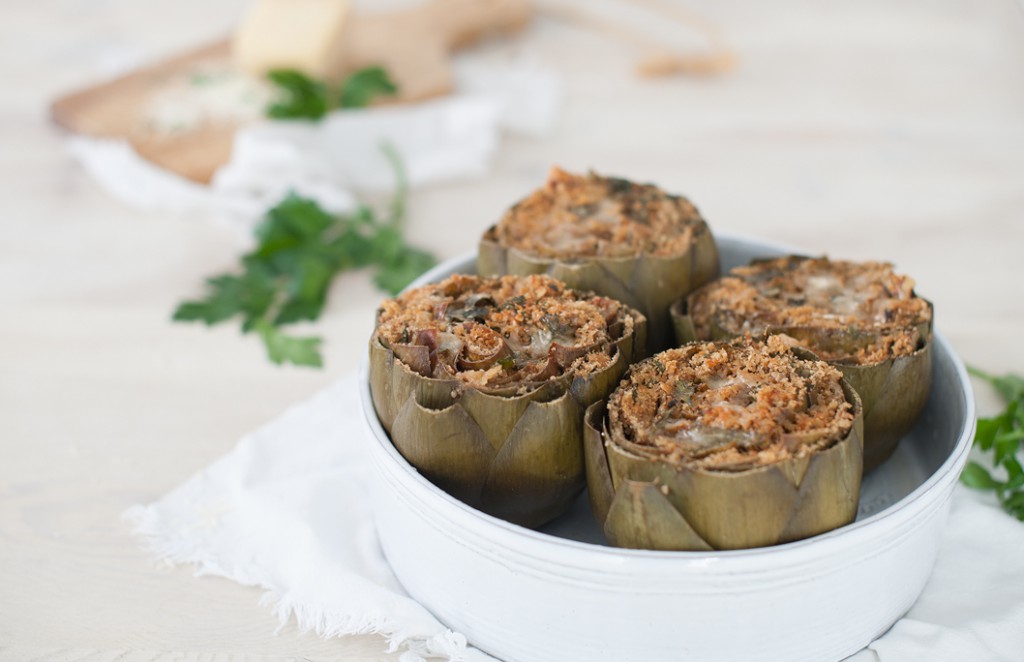 It’s funny the foods that permeate your childhood and discovering the source as an adult. For me, the ah-ha moment was a trip to Sicily a few years ago, in April, with my family. You cannot move about Sicily in the spring without being visually assaulted by artichokes, artichokes everywhere.

I’ve talked a little bit about this trip before and its impact on me, in terms of noticing how much of Italy’s culture actually permeated my life in big and not-so-big ways. That sounds a little simplistic but it was actually, really shocking to my system. This is why my mother talks the way she does. This is why we eat this. It’s one thing to know, intellectually, that Italians talk with their hands; it’s another to be confronted with it so specifically and see actual gestures that you thought only belonged to you or your family. 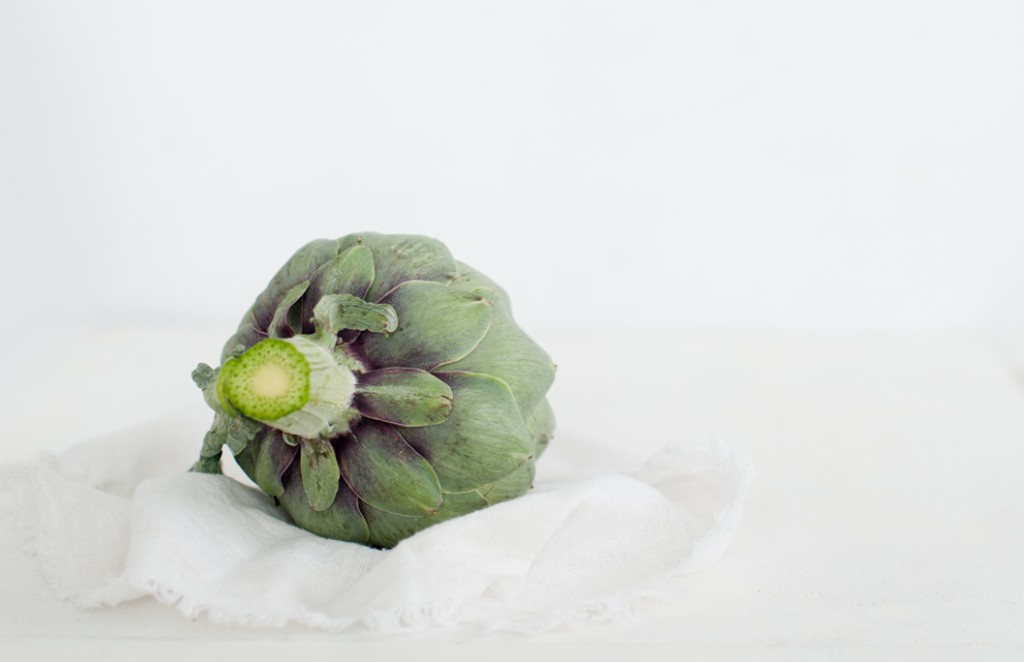 Stuffed artichokes were a staple at some holidays and the occasional weeknight treat, a favorite of my sister Jenn’s, and something I have never once attempted to make myself, until this week. Stuffed artichokes are one of those things that felt like they belonged firmly with my mom and my aunts- I always found artichokes kind of fussy and hard to eat for such little reward. But you can’t deny how unique and beautiful they are and that they’re actually fun to eat and share around a big table. Now when I see them, they remind me of streetcarts in Sicily, which isn’t such a bad thing either.

For this recipe is really important to have a food chopper to help you accelerate the progress. Because, this review really helped me clarify what I needed to look for to help me in the kitchen. 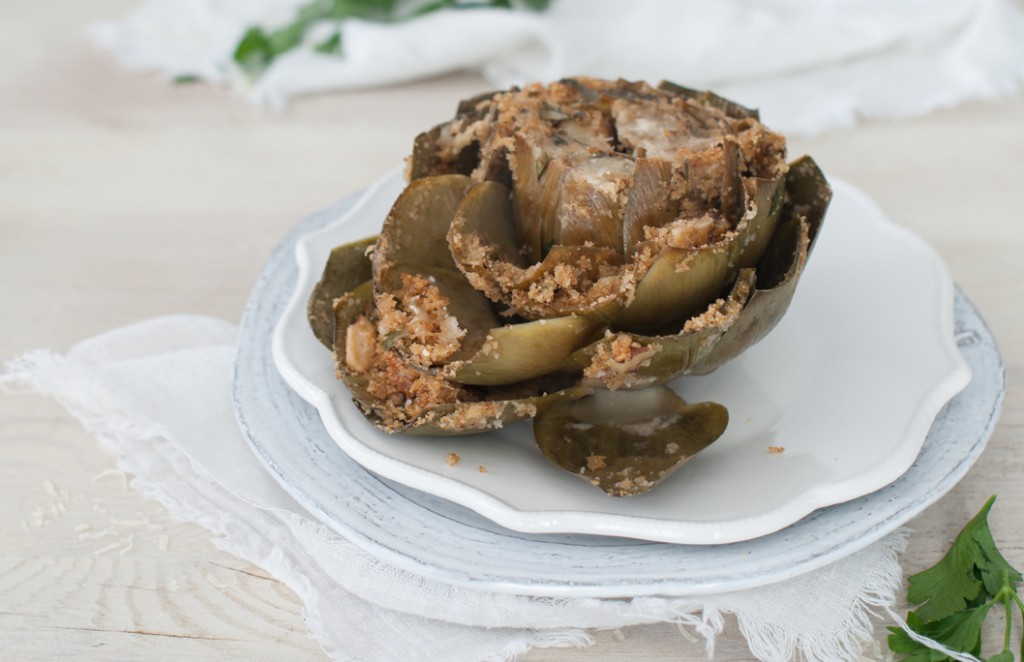 Note: I found a great post today about cleaning and prepping artichokes- did you know artichokes are among the most heavily sprayed vegetables? I didn’t. Definitely worth the quick read (and the recipe looks amazing too).