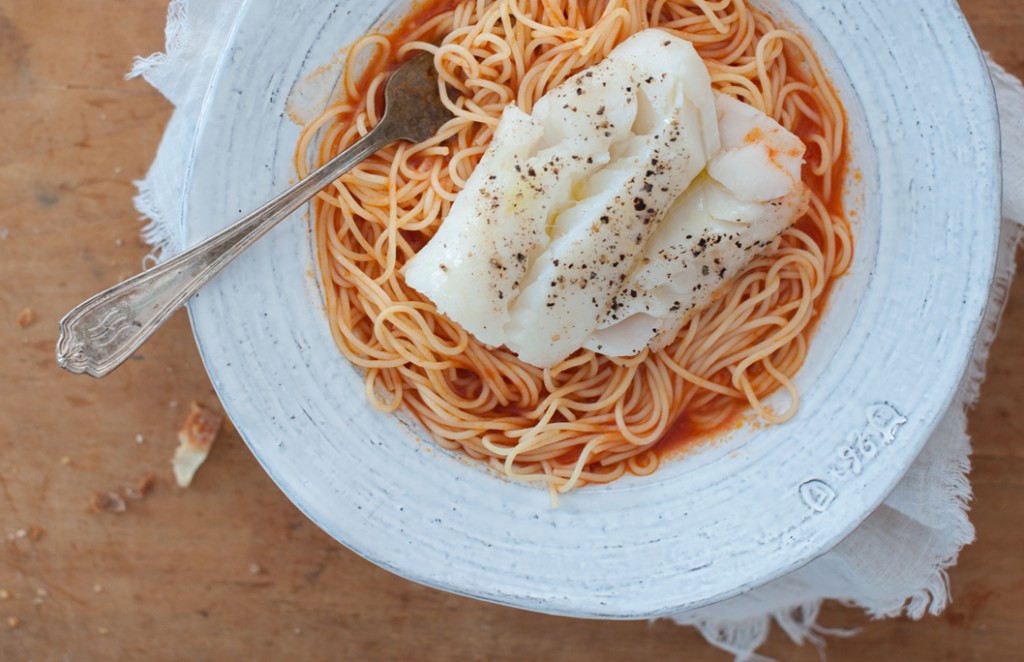 “No, no, no. Don’t rinse. Look, you waste.” She reached for my hand, the one that had grabbed the can and she guided me to the running water in the sink. Together, we caught the sauce on the sides of the can with a tiny stream of water and she took the can from me and swirled it so the water spun up all the way to the top of the can’s wall and took everything back down with it. “Look at that,” she said and she showed me the pink bath inside. She dumped it into the pot without care or ceremony and handed me the second can. “You try.” 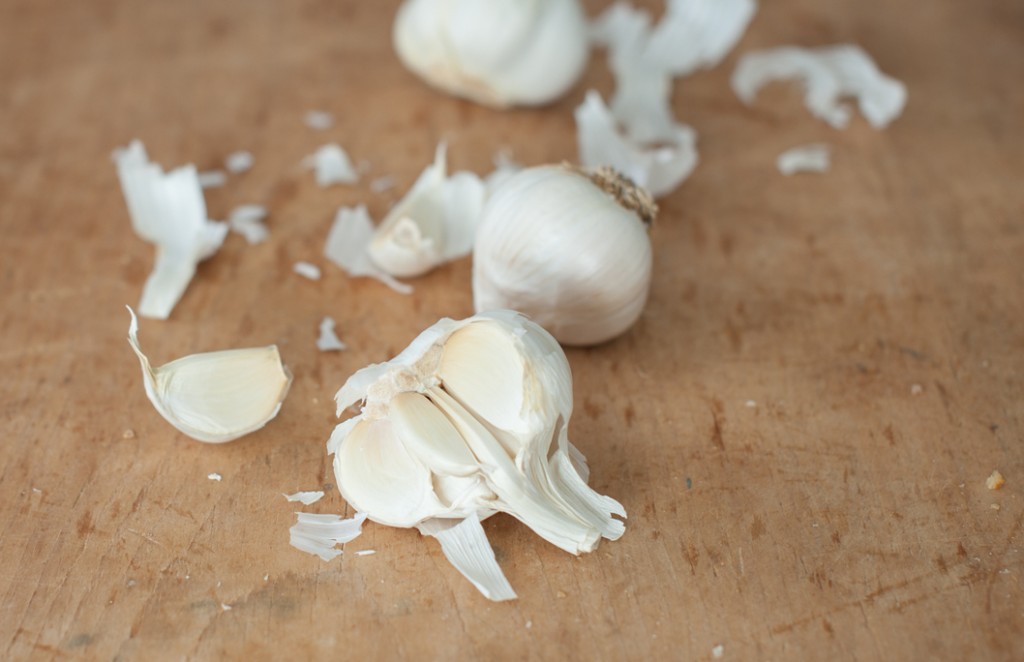 You would be amazed at how varied a simple tomato sauce can be. First of all, it has different names depending on when you’re from; sauce, gravy, marinara. (We’re firmly in the sauce camp although my mother does occasionally toss out “marinara” but with an s and an accent because my mother does what she wants.) You would think, if we all call it the same thing, we would all make it the same way. I think the stereotype is along the lines of “Gram made it this way and I learned how to make it this way and you’re going to learn how to make it this way too.” But that’s not the case. My aunts and my mother and I all have a variation of my grandmother’s sauce. They spun out into different directions from the same base and use different tomatoes, process them differently (food processor or food mill? Crushed with your hands? Wooden spoon?) but all of them have a thicker sauce than my grandmother’s original. My aunt told me her boys preferred it thicker when they were young and we did too, when we were little. I have a memory of complaining to my mother that my grandmother’s sauce was too thin, almost like water, because I was a child and also an idiot.

Crush the garlic, mince it, slice it or drop it in whole? Heat it in the oil first or put it in the cold sauce? Basil first or basil last? Salt yes but pepper? Sugar or no sugar?

My father loved my grandmother’s (his mother-in-law) sauce the most and so did my uncles (also my grandmother’s sons-in-law. She had four daughters. When she was in the hospital and very ill, she asked to see “her sons” and that memory still makes me cry). My only memory of grandma’s sauce was how thin it was so I asked my mother and my aunt how to make it- I wondered if she had spun some magic into it that I couldn’t recognize as a child. 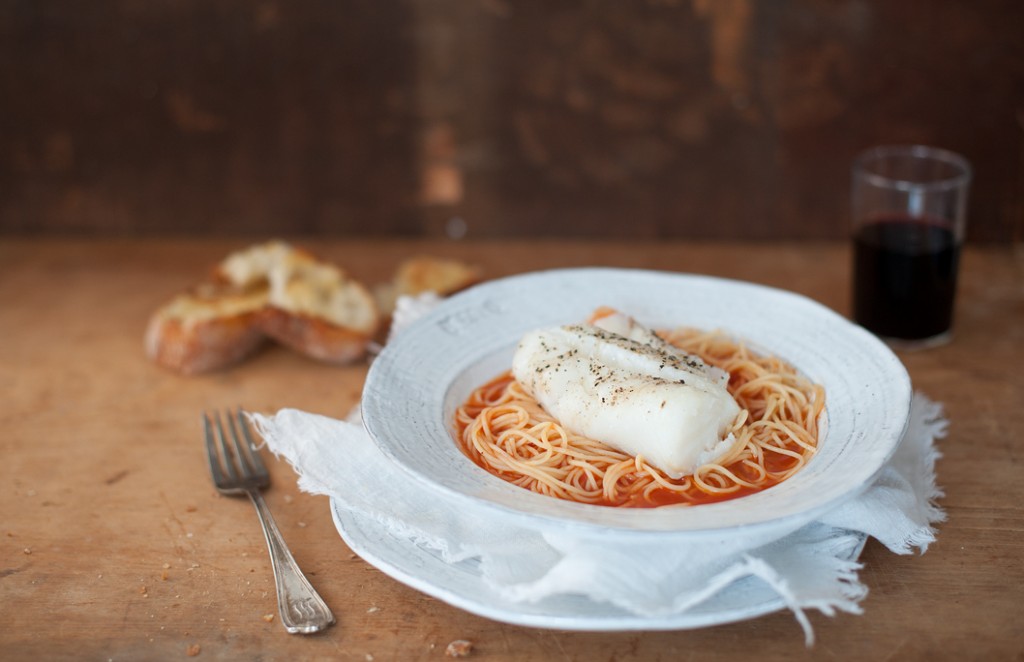 My mother gets very heated when she talks about my grandmother- the volume and forcefulness of her voice intensifies immediately- not out of anger but out of love. (I learned that volume and intensity is very much a Southern Italy thing when we visited Calabria a few years ago, where my grandmother is from. I’m not yelling, I’m just talking to you.)

“Grandma used to slice the garlic in her hands. She didn’t use a cutting board, she took a knife and did it right over the pot. That’s how you have to do it.”

“Ma, I can’t tell people on a blog to slice garlic into their palms. It’s not exactly safe.”

So here’s the deal. Grandma’s tomato sauce, like Marcella Hazan’s, is so ridiculously simple that you’re going to think we’re crazy and also wonder how something so simple and with so few ingredients can be good enough to make, let alone write about and tell people they should make it too. When I saw the instructions, I had my doubts too. For one thing, it only simmers for 30 minutes which sounded crazy to me (doesn’t it taste raw unless it cooks long enough? My mother cooks her sauce low and slow, for hours) but I did as I was told and it is delicious. It’s thin, yes, but that makes it ideal for delicate pasta, baked fish and even something like tortellini or gnocci where you have enough heft that the sauce could serve from some lightness. I thought maybe partly it was the punch of nostalgia that made me a little tearful, a little comforted as I ate it but Nicole’s family enjoyed it and I’m confident you will too.

Serves: 4-6 | Ideal with: 1lb of thin spaghetti, tortellini or gnocci. Perfect with baked fish, as we made it here. (My grandfather would approve.) | Print Recipe

Note: we use a food mill for the tomatoes but a blender or food processor works fine too. Just strain through a mesh strainer to remove seeds and skins before adding to the pot.

1. Process your cans of whole tomatoes with a food mill over a bowl. Once the cans are empty, take the cans and fill them with water (about 1/4 of the can) and roll the water to catch the sauce on the sides of the can. Dump the water and remaining sauce into the bowl as well.

2. In a medium saucepan, drizzle your olive oil and warm pan over medium heat for a few minutes. Add tomatoes and sliced garlic and a handful of whole basil leaves. Bring to a boil and then simmer (it should be barely bubbling), partly covered, for 35 minutes. Season with salt to taste. The sauce should be very wispy and thin, almost broth-like.

3. Cook pasta according to instructions.

4. To make the baked fish: take a 1lb piece of fish like cod or haddock. On a baking sheet, lay parchment paper and drizzle with olive oil and sprinkle with salt and pepper. Lay fish down, drizzle with more olive oil, salt and pepper and sliced lemons. Wrap parchment into a bundle and bake in a 325 degree oven for 10-15 minutes until fish is opaque and cooked through.

5. To serve: toss cooked, drained pasta with sauce and top with fish fillet.

*My aunt Catherine and my mother were very specific on the brand of tomatoes for this, because of the water content in the tomatoes. If you use a different brand of canned tomatoes, you may need to adjust the amount of water added to get the desired consistency. Also, the swishing of the water in the can to catch the sauce on the sides is a pretty fairly common tactic and my mother guesses that my grandmother picked it up from the Depression where nothing could be wasted, ever.