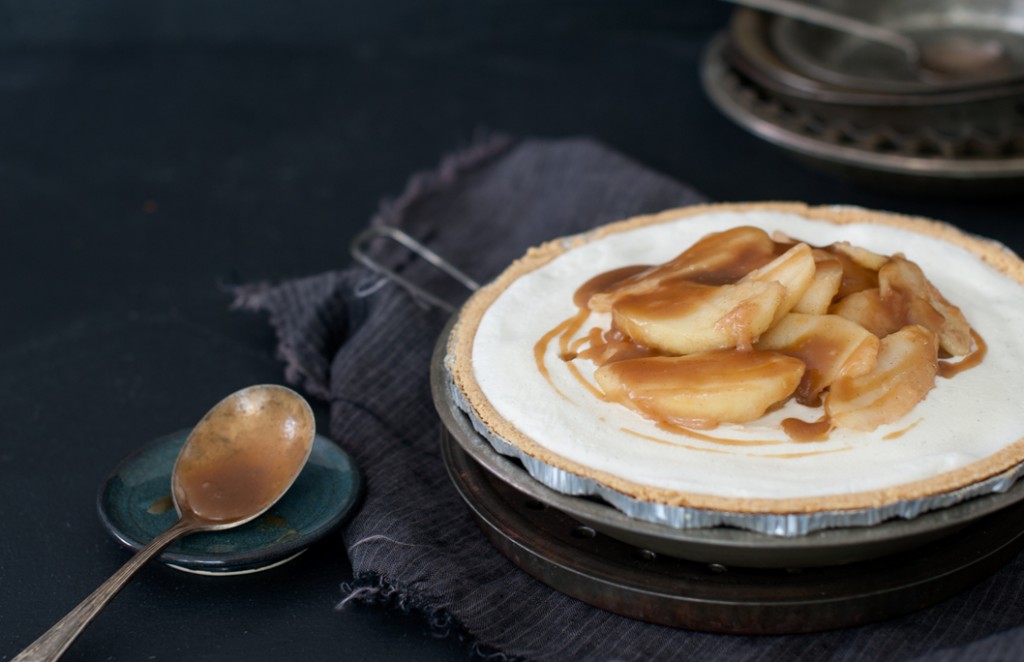 “Are you sure you don’t want me to take the baby?”

“Mom, no. I got it. See? This is what the baby carrier is for. She’s perfectly fine. Look, she’s sleeping!” Patty proudly turned to the side, two wooden spoons in hand, and tilted her body toward her mother’s concerned face. In the carrier against her chest, her four month old daughter Lili slept against her chest. “See?” And you thought I couldn’t handle having a baby and throwing together my first, big family Thanksgiving. Ha! Patti thought as she stirred the brussel sprouts in one pan and grabbed an oven mitt to check the lid on the boiling potatoes. In a third, small saucepan, sliced apples were stewing. Patti immediately grabbed a small bowl of cinnamon, took a pinchful and added it to the simmering pot.

She heard her mother let out a somewhat exasperated sigh. “What?” Patty said. She put her hands to her side and looked around. “What is wrong?”

“Patty,” her mother said calmly. “You are doing a wonderful job. Thanksgiving is going to be delicious. But I really think you should give me the baby for a while.”

Her mother reached over and nudged Lili’s face over to the side. The other side of the baby’s head, Patty realized with horror, was sprinkled with cinnamon, salt and everything else she’d been grabbing for their meal that morning. “Well,” her mother said. “Worse comes to worse, we can always eat off the baby’s head later.” 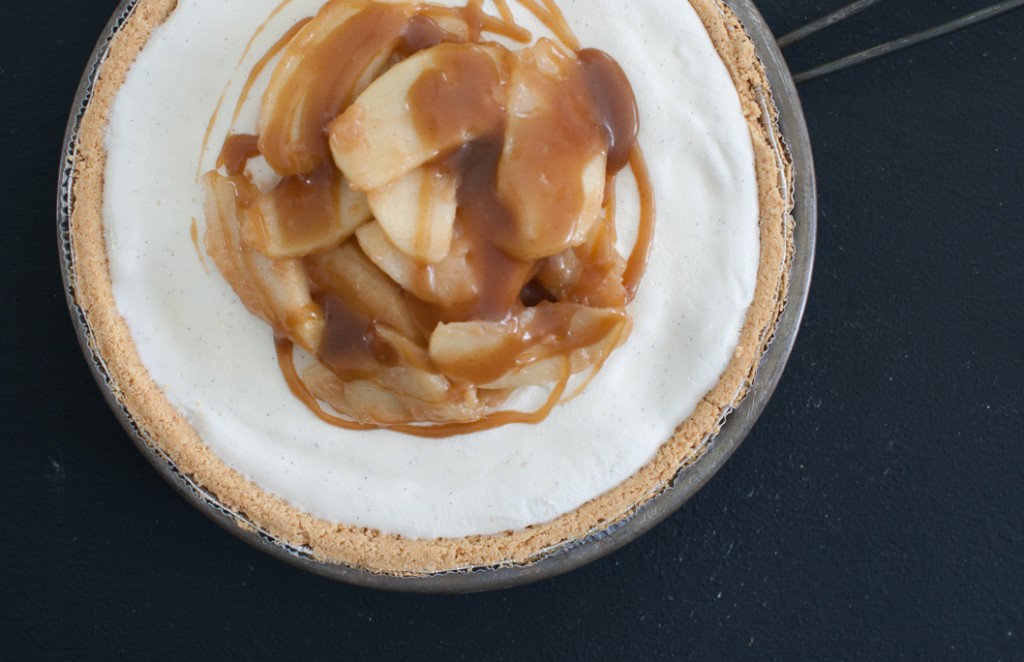 I’ve brought up the idea of Reverse Apple Pie to a few people over the last few weeks and seen some eyes light up. If you’ve got a relative who immediately scours the dessert table, looks over all the gorgeous pie and dessert offerings and asks you if you have any ice cream? This might make their holiday. A slice of creamy vanilla-flecked ice cream pie, a dollop of warm apple pie filling and a drizzle of salty caramel sauce; you still get the magic effect of melting cream and thick fruit compote and a spike of salt, just with a little twist.

Over the next week, I’ll be tweaking this slightly because I’m curious if I can get the same effect using a store-bought pie crust and a layer of melted and then chilled white chocolate between the ice cream and pie. I’ll keep you posted if it works. 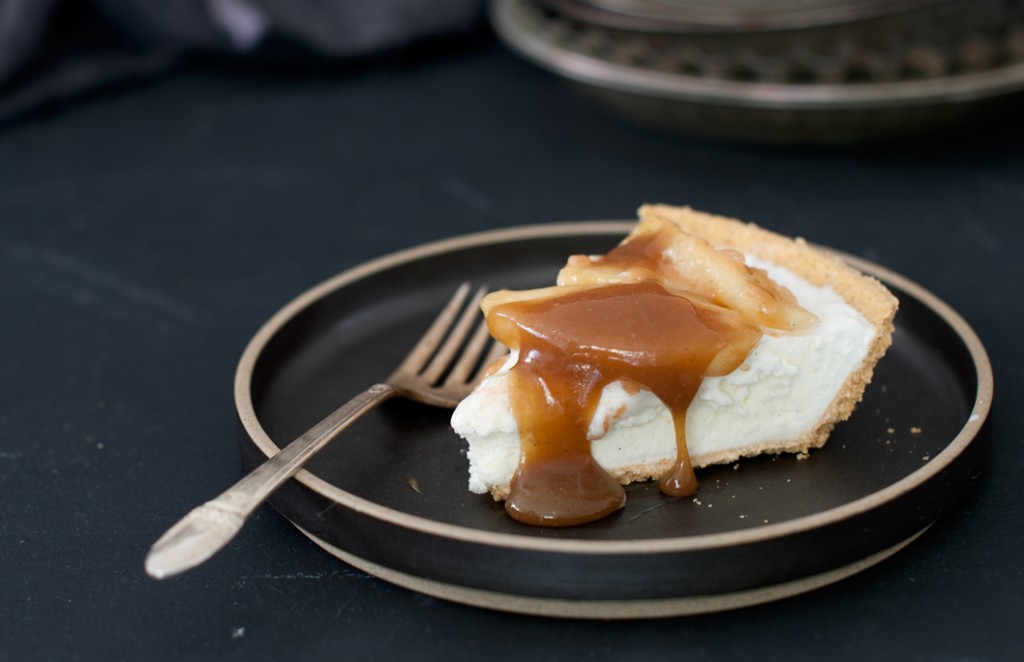 Make in advance: Using a store-bought graham cracker crust and vanilla ice cream makes this come together fast and the ice cream pie can stay frozen in the freezer for 2 weeks. The apple pie filling and salty caramel sauce can be stored in separate jars in the fridge. Just reheat and warm through before serving.