Wyatt’s mom nodded a lot. She had her hands on her hips, a pose which Wyatt knew meant she “was very, very serious about this.” She continued to nod. The other mother yelled more, her face red, her hair a little wild. Wyatt shrunk down into his seat. He did not like to see this. He fiddled with the buckle on his seat and didn’t look up again until he heard the front door of the car finally open. He heard his mother grunt as she sat down in the seat. Instead of driving, she let out a deep, deep sigh.

“Why was Matt’s mommy so mad?” Wyatt finally asked.

She met his eyes in the rearview mirror. She spoke softly. “Matt’s mommy said she saw you and Matt on the slide. I guess she thought he almost got hurt.”

“Oh.” He blinked. “But why was she mad? She was yelling a lot. Matt didn’t get hurt at all. He didn’t cry or anything.” 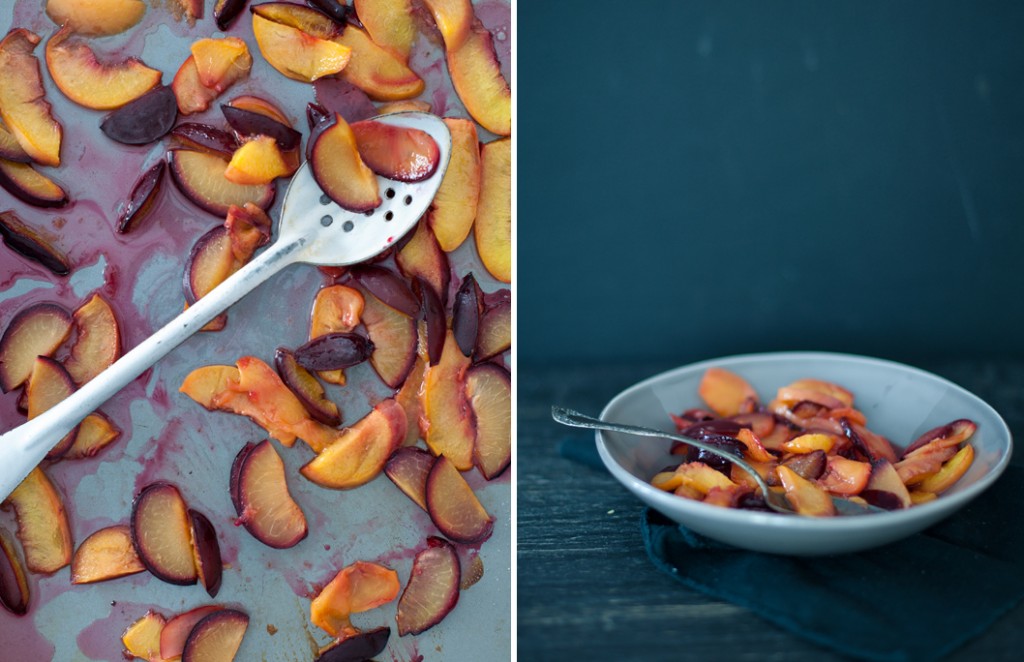 His mom held Wyatt’s eyes for a long moment. Then, she got out of her seat and moved to the back of the van. She opened the door and climbed into the seat beside his. “When you were born,” she said carefully, “you were this big.” She held out her hands. “My little burrito.” He laughed. “And something magical happened,” she said.

His eyes widened. “What?”

“Well.” She frowned. “My heart, and everything in it, left my chest. It floated down my arms and out of my sleeves and latched on to you. And my thoughts followed- just slid right after my heart. And then everything else,” she made a sucking noise and grabbed his arm. “suddenly stuck right to you. And I looked down and my little baby had this little world around him, my whole world. And every day, you walk around and you fall down and you eat and you play, and you carry my world with you. And the same thing happened,” she said, “to Matt’s mommy. She’s got her heart and world all wrapped up around Matt just like I have mine wrapped around you. It’s a lot to get used to,” she told Wyatt. “Sometimes when adults get scared, it comes out sounding like they are angry. But if you’re a mommy or a daddy and you’re talking to another mommy or daddy, you don’t hear the yelling,” she said. “You hear ‘I LOVE MATT VERY MUCH!'” She smiled.

“Yes.” She took a deep breath, fished out a goldfish cracker out of his snack pack and popped it into her mouth. “You just have to listen for it.” 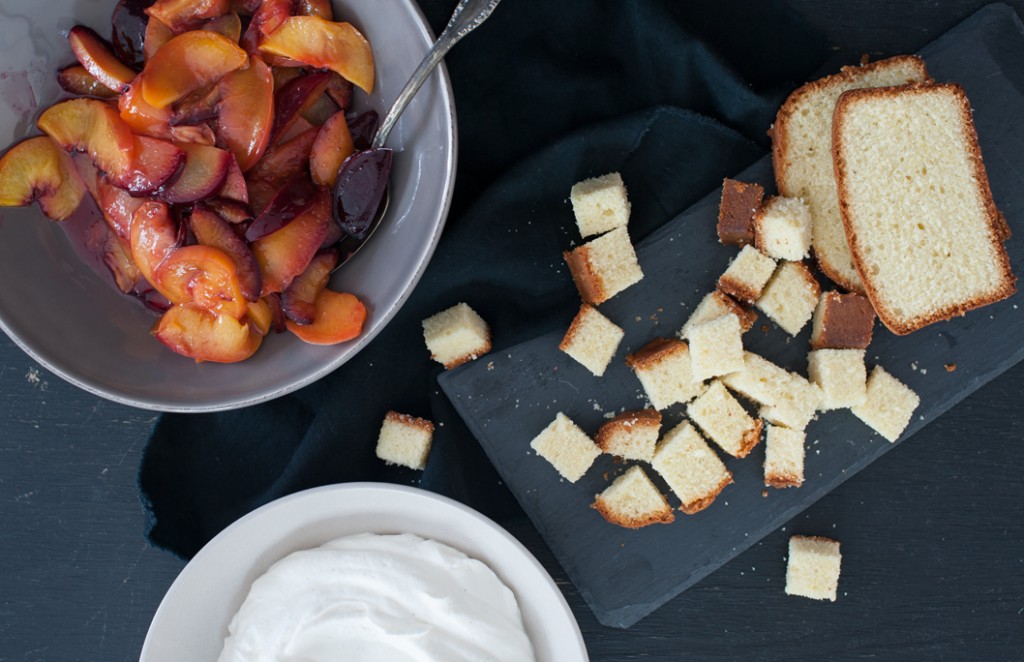 We’re going to take a break for a while, from the blog. For good reasons.

We’re leaving you, just for a while, with this lovely Late Summer Parfait. We saw it on Food52 and it’s just… too pretty. It’s September in a jar. It’s worth making. If it makes you sing its name in this tune, then we might be soul mates. 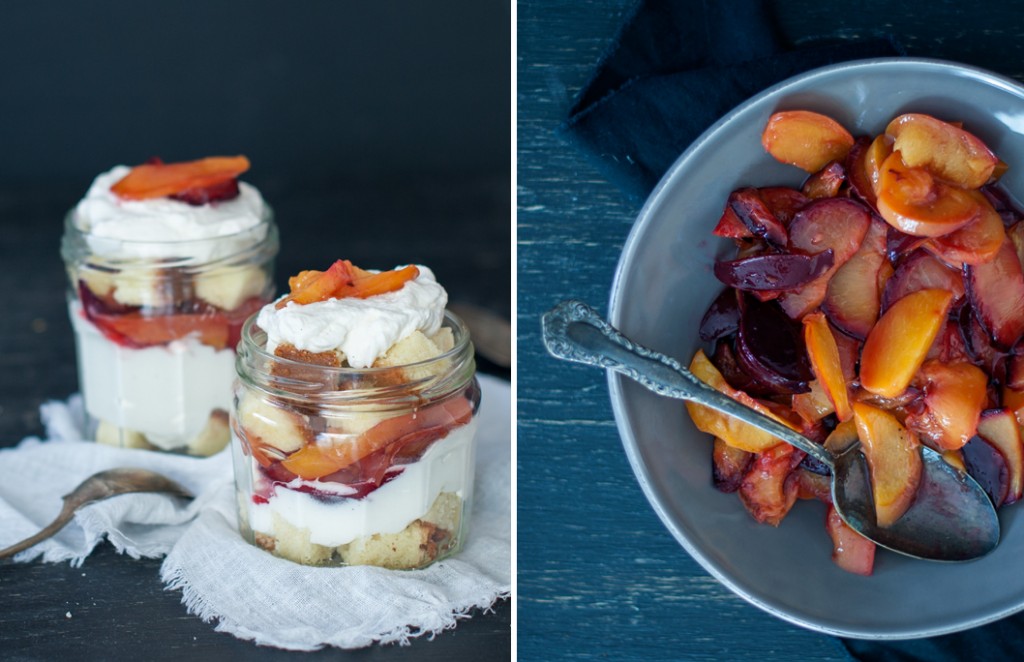 FOR THE ROASTED FRUIT:

To make the creme:

1. Bring the milk and the vanilla bean pod to a simmer in a large pot. Turn off heat and set aside for one hour, to steep. (You want the milk to cool because you’re whisking it into an egg mixture.)

2. In a large bowl, whisk eggs, sugar, cornstarch, salt, and vanilla bean seeds together until smooth. Remove the vanilla bean pod from the cooled, steeped milk and whisk milk into egg mixture. Return the mixture back to the pot.

4. Pour the cream into a clean bowl and press a layer of plastic wrap onto the surface. Chill until completely cold.

5. Whip heavy cream to medium peaks. In a separate bowl, whip the chilled pastry cream until smooth, add in the crème fraîche, and fold in whipped cream.

To make the fruit:

7. Slice and pit fruit into evenly sized pieces. Toss with sugar, lemon juice, zest, and vanilla bean pod. Arrange in a single layer on a sheet pan and roast in the oven until the fruit is soft and juicy, about 15 minutes. Remove the fruit to a clean bowl and let cool completely before assembling the trifle.

8. Cut the cake into 1/2-inch cubes. Put a thin layer of vanilla cream on the bottom of the trifle dish (or dishes). Add a layer of cake cubes and brush on a bit of liqueur, followed by spoonfuls of roasted fruit and vanilla cream. Repeat the layers until all of the ingredients are used. Refrigerate for at least 4 hours and up to overnight before serving. Top with additional unsweetened whipped cream and a slice of fresh fruit if desired. This recipe will make one large trifle or 10 to 12 individual ones, depending on the size of the glasses.