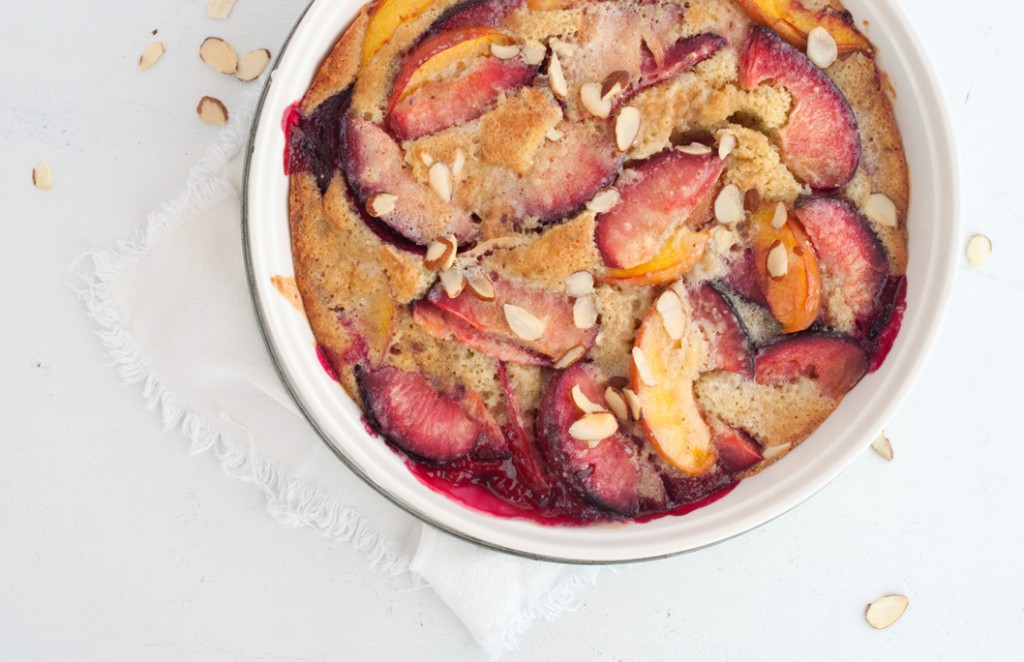 When Chrissy heard the plan, she balked. Her mother was not surprised.

They stood at opposite sides of the kitchen island, at a standstill. Marguerite sipped her coffee and was calm. Chrissy gripped her phone and was not. “I don’t want to go to that.”

She studied her daughter and did what all mothers do- she pretended like she was not talking to her four-year-old, precocious angel fluff with her pig-tails and wide, blue eyes and was, in fact, addressing her fifteen-year-old angel fluff, in all her glory. Her skinny jeans, her carefully chosen slouchy, long-sleeved shirt, her thrift store scarf wrapped around her neck, slouchy hat, smudged eyeliner and her unpolished nails wrapped tightly around her phone. Chrissy’s three last requests to her parents were to be referred to by her given name, Christine; for leave to take a knitting class downtown on Thursday afternoons; for a pair of headphones that were so large and so expensive that Marguerite had been afraid to even handle them at the store when the bored saleskid led her to them. “Why not?”

She had thought this would be a no-brainer. The family would go up to the roof at three in the morning that night, a school night no less, and watch the Borealis Spectralis, which appeared every four years in the sky over New York. But Chrissy recoiled.

“Everyone is doing that,” she said pointedly. “Everyone. It’s been in the news for weeks, everybody’s talking about it, everybody’s going up there. It’s lame and I’m not going.” 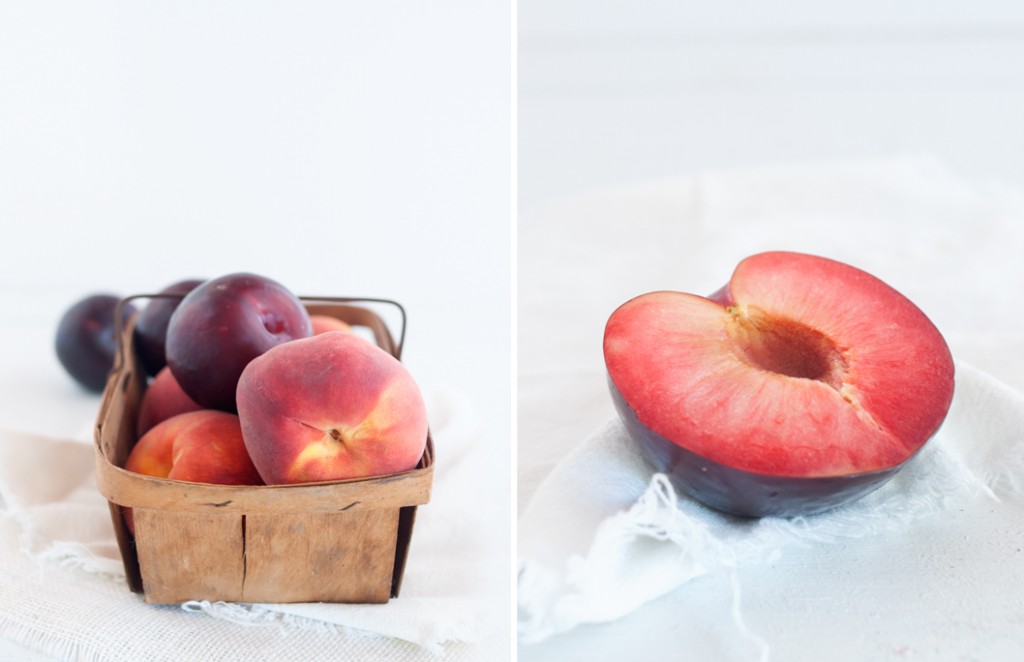 Marguerite had not gotten the headphones. She had said yes to the knitting lessons. She called her daughter Christine to her daughter’s face and called her Chrissy everywhere else. On this, she was unmoveable. “I’m waking you up at 2:55,” she told her daughter and she sounded calm but her angel fluff’s expression made her grip the edge of the kitchen island. “I’ll carry you over my shoulder if I have to. Have a great day.”

They didn’t speak for the rest of it. Chrissy fumed and typed furiously on her phone. She stared at the walls of the living room, refusing to do her sulking in private. And, at 2:55am, she appeared, fully dressed, in the hallway as Marguerite, Jim and their younger daughter Brianna were preparing to depart.

She said nothing to her mother as they headed out of their apartment and joined the small crowd of neighbors who all shuffled up, yawns among them, to the stairwell and headed up, a fire drill in reverse. She said nothing to them as they claimed their space in the corner of the roof, which Marguerite had claimed herself earlier that day with chairs and potted plants and even a little rope to block it off. “Can you do that?” Jim asked, impressed, and Marguerite murmured back, “It’s amazing the respect people have for rope.”

They settled into their chairs and, for a second, she thought her daughter was asleep in hers with her head tilted back, her phone clutched in her hands. Brianna yawned, already dozing, and moved from her chair to Marguerite’s side, nestled in beside her, forgetting to be nine and too big for such things. Marguerite held on to her with both arms. And then it started, and everyone looked up.

The lights danced across the sky, all colors. For one night, the lights in the sky were brighter than the lights of New York. The neighbors fell silent across the roof. Marguerite’s family looked up too, absolutely all of them, silenced by the sky. 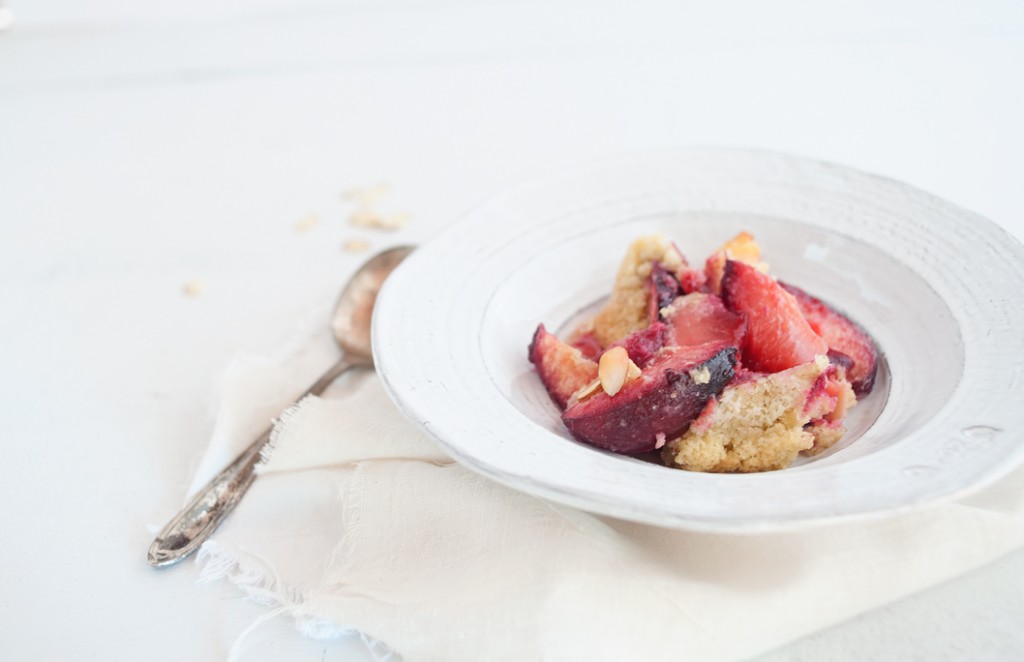 Here’s to the waning days of summer.

Here’s to you too. 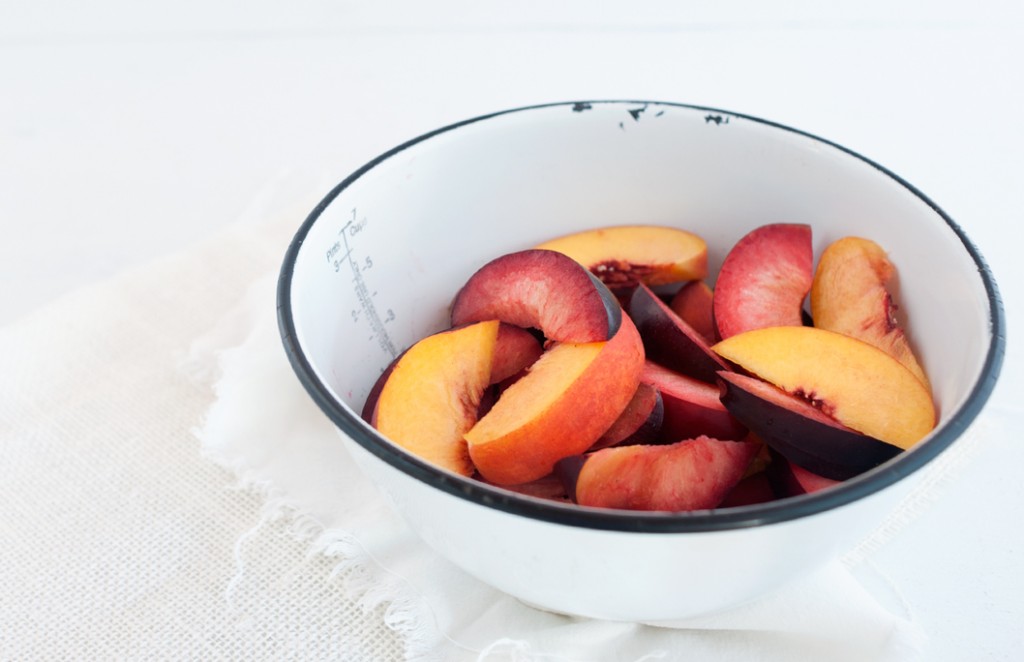 3 Pounds of peaches, nectarines or plums, each cut into 6 wedges (we used plums)
1/2 Cup of granulated sugar
2 Tablespoons of all-purpose flour
1/4 Teaspoon of kosher salt
1 Tablespoon of kirsch (clear cherry brandy) or other fruit brandy (optional)

1. In a large bowl, toss together the fruit with granulated sugar, flour, salt and kirsch (if using). Transfer to a 13 x 9″ baking dish and set aside.

3. In a medium bowl, whisk flour, baking powder and salt.

4. In the bowl of a stand or electric mixer, beat butter, almond paste and granulated sugar in a large bowl until light and fluffy, about 4 minutes. Add eggs one at a time, beating to blend after each. Mix in dry ingredients.

5. Drop dollops of batter over fruit (batter will even out during baking). Sprinkle with almonds. Place baking dish on a rimmed baking sheet and bake until topping is golden brown and fruit juices are thick and bubbling. 50-60 minutes.