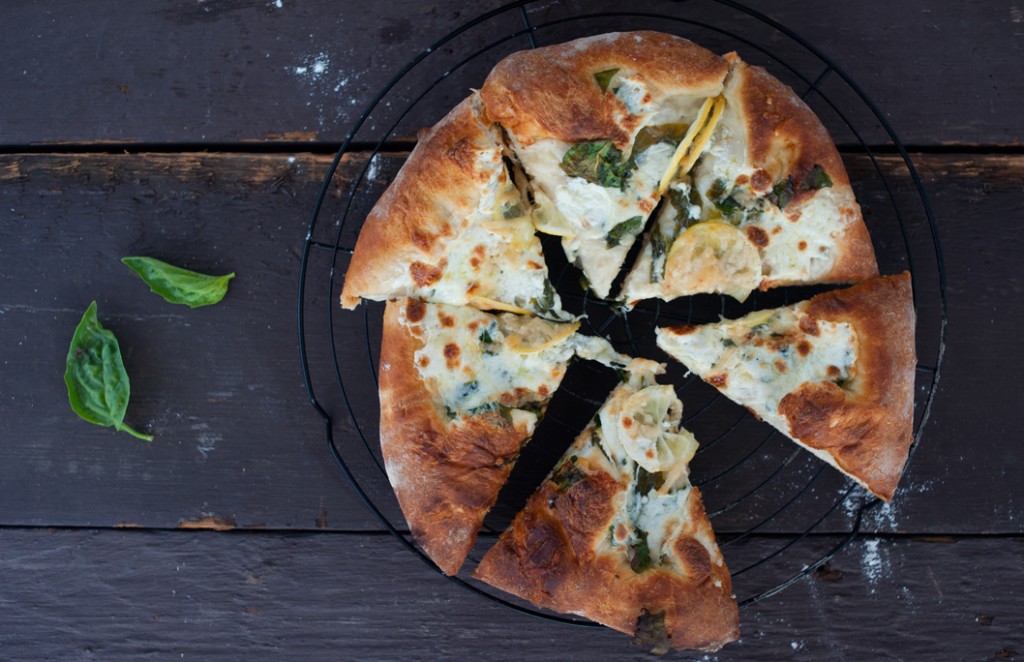 I’ve lived alone for a number of years now so having my brother stay with me for a few months has been pretty eye-opening.

I’m going to go out on a limb here and say that having someone live with you for weeks is SLIGHTLY DIFFERENT than a weekend visit (right? Am I right?). After a few days, once he’d settled in, I quickly settled in too, right back into the my cherished routine… and now my poor brother has a front row seat to the inner workings of my daily life that no one else in my family has ever really seen. And he is BAFFLED by me.

The food thing is probably the biggest thing, which is why I’m bringing it up here.

He’s always known that I like to cook and bake but I don’t think he realized until he moved in, how much I am consumed by this hobby. Hell, I don’t think I even really realized it until he walked into the living room his first Saturday morning here and saw me on the couch, watching a cooking show, a food magazine open next to me (okay, two magazines open), surrounded by a fort of cookbooks and an iPad open to Pinterest on the coffee table. He stopped and said, “Uh, this is kind of intense.” And I glanced around me at all of my happy things and blinked at him, formerly oblivious to the den of insanity I create every weekend morning.

He made the mistake, on day 2, of mocking Nigella’s accent while I worked steadily on my meal plan for the week. He has not made that mistake since. 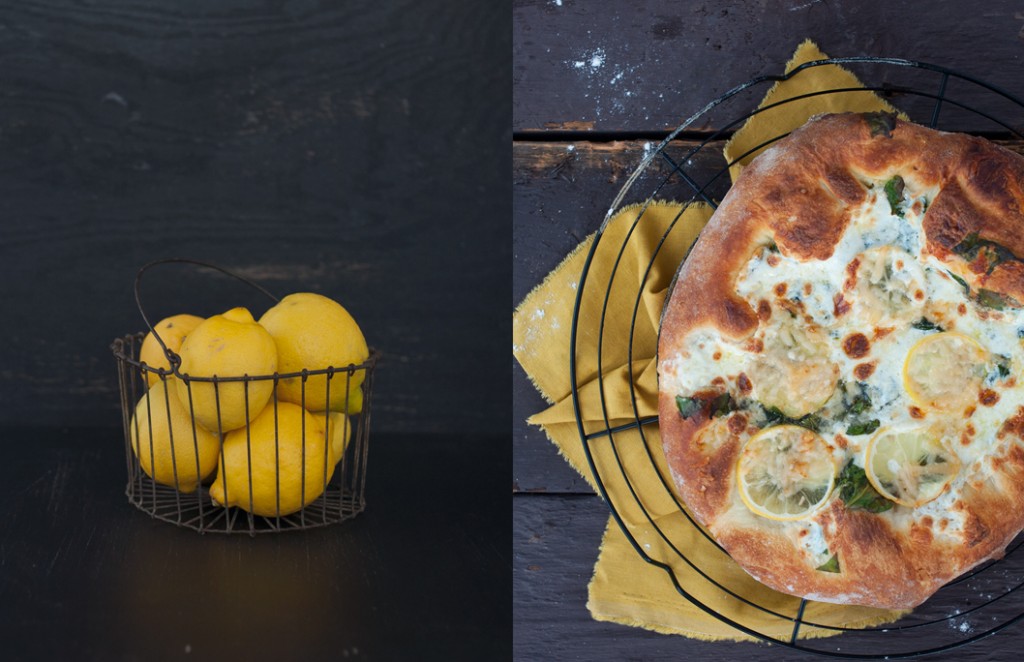 Apparently, I study and practice and practice and study cooking all the time. I had not even realized how intensively I was doing it, how much I’d amped it up lately- I just like it and I’d suddenly gotten to a sweet spot of cookery where things suddenly felt easier and more fluid and I wanted to keep going.

It’s amazing what you learn about yourself when you suddenly have an audience.

Luckily for Lee, obsession has its rewards, especially when it comes to being obsessed about cooking good food. That boy is up to his elbows in homemade ice cream, giant bowls of gleaming, summer salads, slow-cooked and fall-apart meats, and there’s more on the way. Like grilled pizza, which is, incidentally, tonight’s dinner. 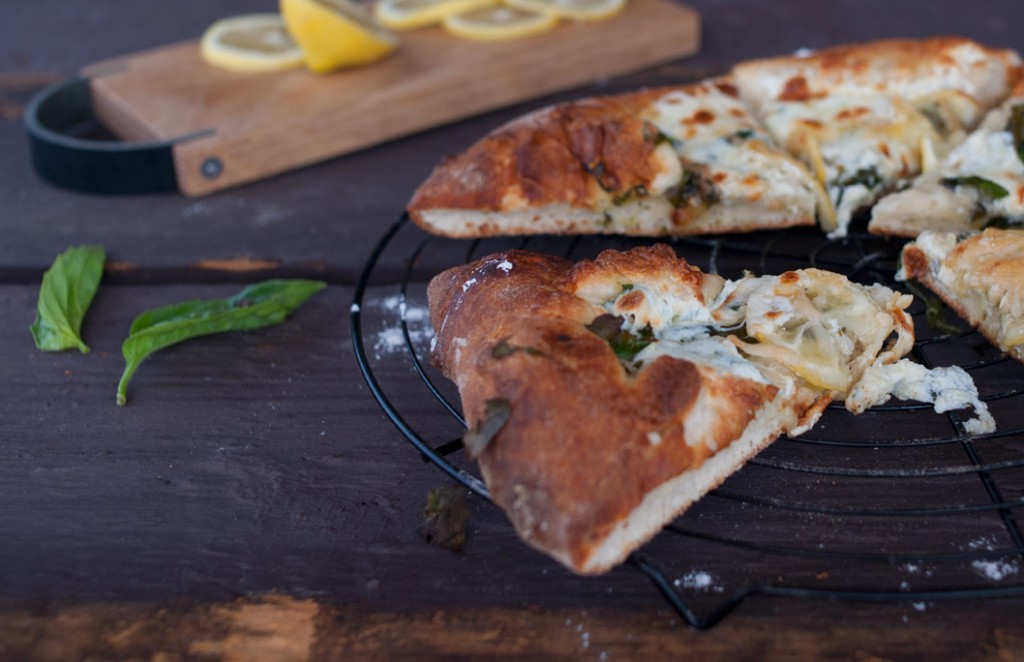 1. Preheat oven to 500°F. (If using a pizza stone, place on middle rack in oven while preheating.)

4. Bake for 15 minutes or until crust is golden and cheese begins to brown.