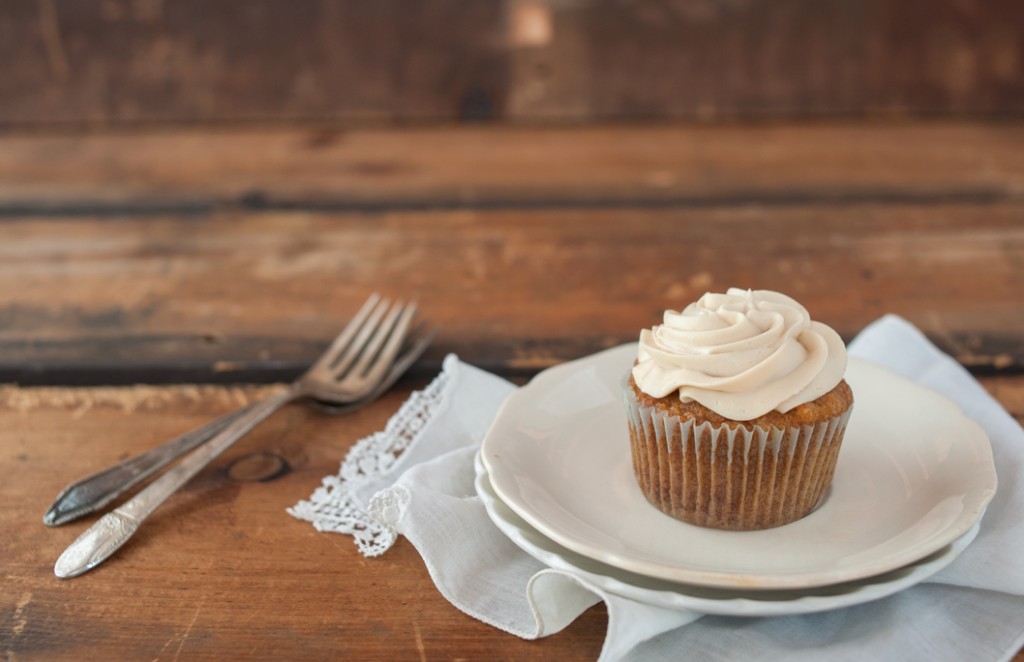 “You’re the best ar-ound, nothing’s ever gonna keep ya down,” the boy sang. He was tall and lanky for his age, which was thirteen, and carried a tray of cupcakes which he offered up to anyone in the hallway who caught his eye. Evie ducked behind her locker door and tried to look busy as he got closer and closer.

Most of the eighth graders at Maritime Middle rolled their eyes or avoided him as he passed. Cole Reyes was new and undeniably weird. He was friendly and smiled easily at everyone, chatted with the teachers, and spoke confidently in class. He wore an army green jacket over his clothes every day that he told Tammy Wineset he’d got from the Salvation Army; Tammy had been disappointed. A natural liar, and the most popular girl in the eighth grade, she’d told half the class that it must’ve belonged to his dead soldier dad. To make matters worse, Cole dismissed her out of hand when the conversation went south in the cafeteria- not something Tammy Wineset was accustomed to dealing with. She narrowed her eyes and he was deemed unfit for her group.

Cupcakes. Why cupcakes? Evie was prone to being embarrassed for just about everyone and everything and Cole Reyes with his random tray of cupcakes and whistling was too much for her. But when she shut the locker door, there he was.

Evie swallowed hard and looked around. If it was anyone else, she would’ve ignored them and taken her flushed face, and the books she clutched to her chest, down the hall to her next class. But he had stopped right in her path. And the cupcakes smelled so good. And she had missed lunch. Cole Reyes caught her hesitation and smiled at her. “Thanks,” she said and she took one. It felt like everyone in the hall had frozen and stared at them. “Why are you handing out cupcakes?”

“To meet pretty girls.” Cole winked at her and went on his way. 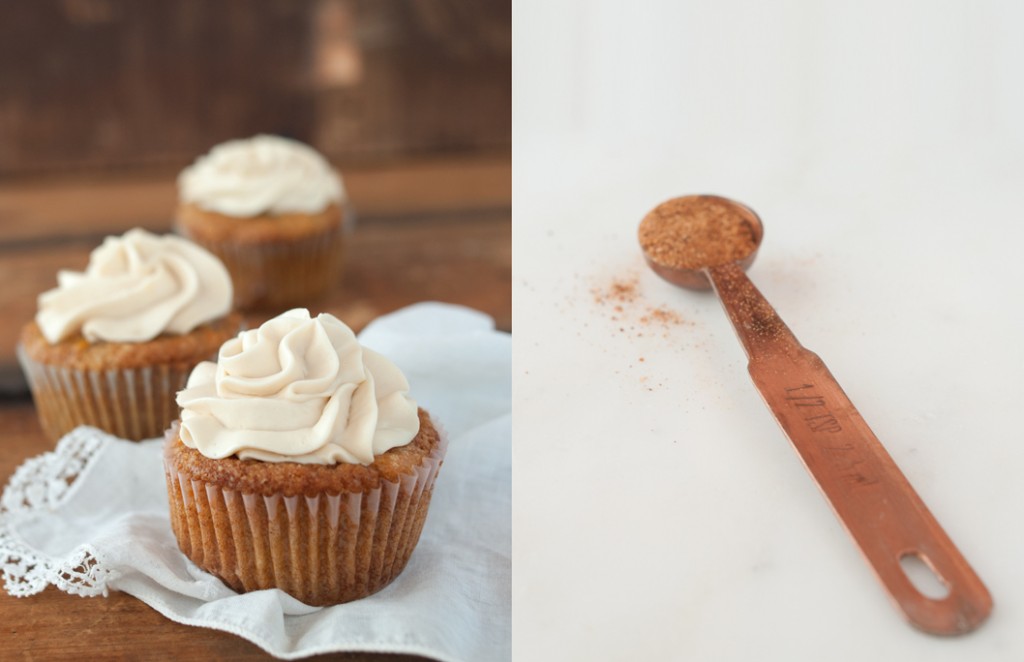 The receptionist Danah must’ve known how frazzled she was that day because she offered a sympathetic smile. “Gregory’s on Line 2 for you.”

Evie let out a loud, exasperated sigh and it was so deep that both she and Danah laughed. “Shit,” she said and she ran a hand over her frazzled hair, pressed a cool hand to the cheek of her flushed face. “It’s only Tuesday. Tuesday!”

“I know. Oh!” Danah clapped her hands. “Before you get on the phone, just wanted to say… there’s a surprise at the front desk for you.” Danah bopped excitedly from foot to foot. “That is all. Gregory’s waiting. It looks delicious! That’s the only hint I’m giving you!” Danah danced away as Evie tossed her pen cap after her.

A surprise. What could that be about, she wondered, and she put it out of her mind, for the time being, and picked up the phone. “This is Eve Reyes.” 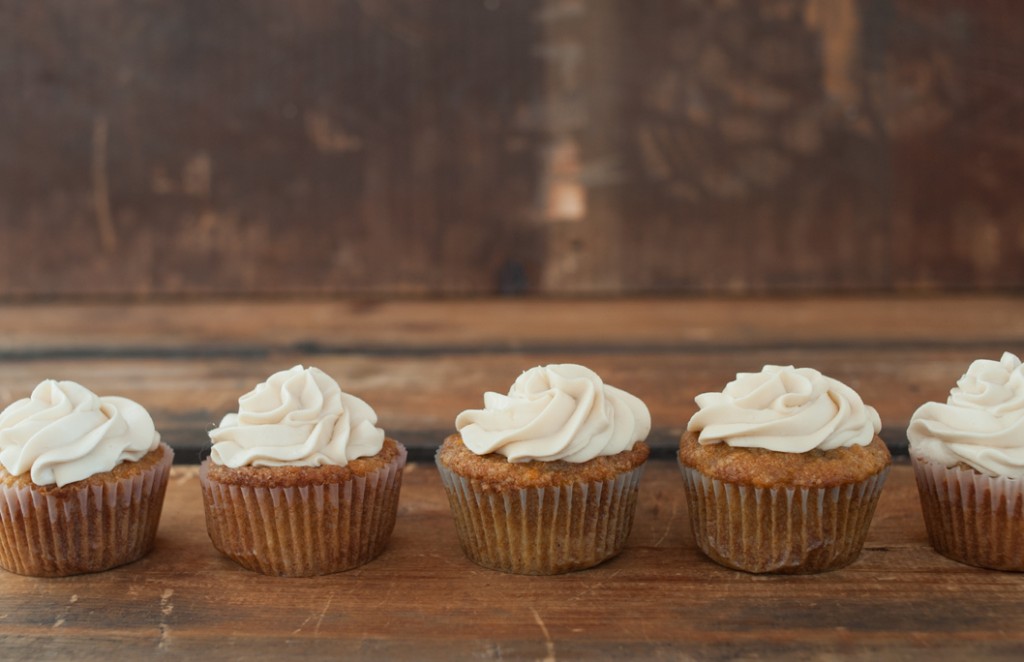 I have to run because I have to leave work to go pick up my BROTHER. Who moved to MAINE. YESTERDAY. WHAT.

I leave you with chai-scented carrot cupcakes with whipped cream cheese frosting. Because you’re delicious. And life is weird. And full of fun, crazy surprises. 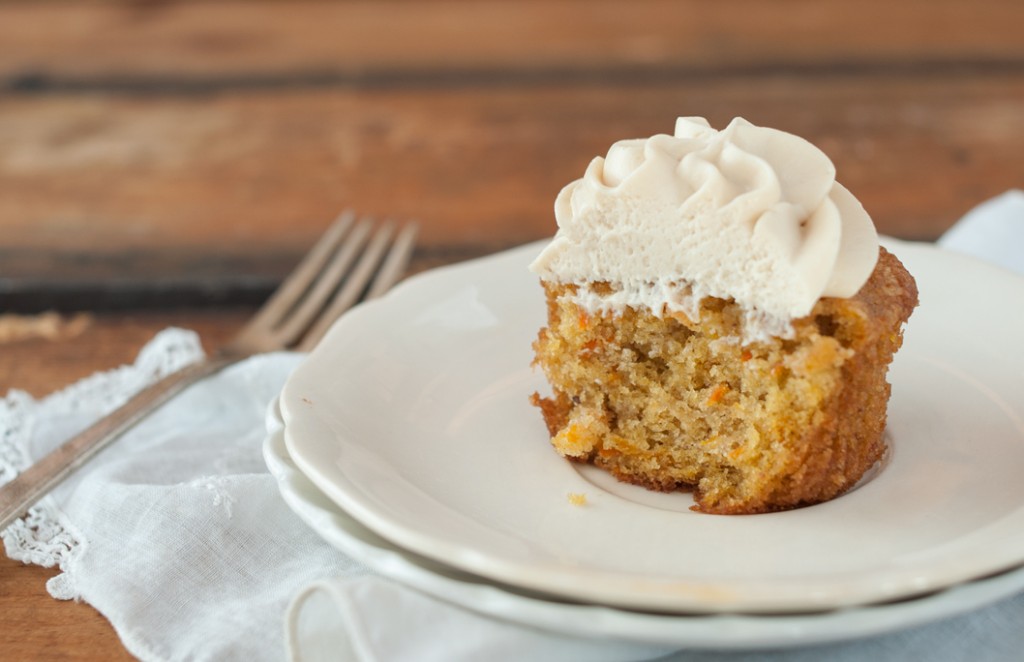 3. Add “extras” (nuts, raisins, whatever) to your batter.

4. Scoop batter into muffin liners and bake for 20 minutes (or inserted implement comes out clean or just a few crumbs).

5. While the cupcakes bake, prepare the frosting: whip the cream in a clean bowl until stiff peaks form.

6. In a separate bowl, whip the cream temperature (I zap the cream cheese in the microwave if it’s cold. Just about 5-10 seconds.), sugar and extract together until well-blended.

7. Fold the whipped cream into the cream cheese mixture until well-combined.