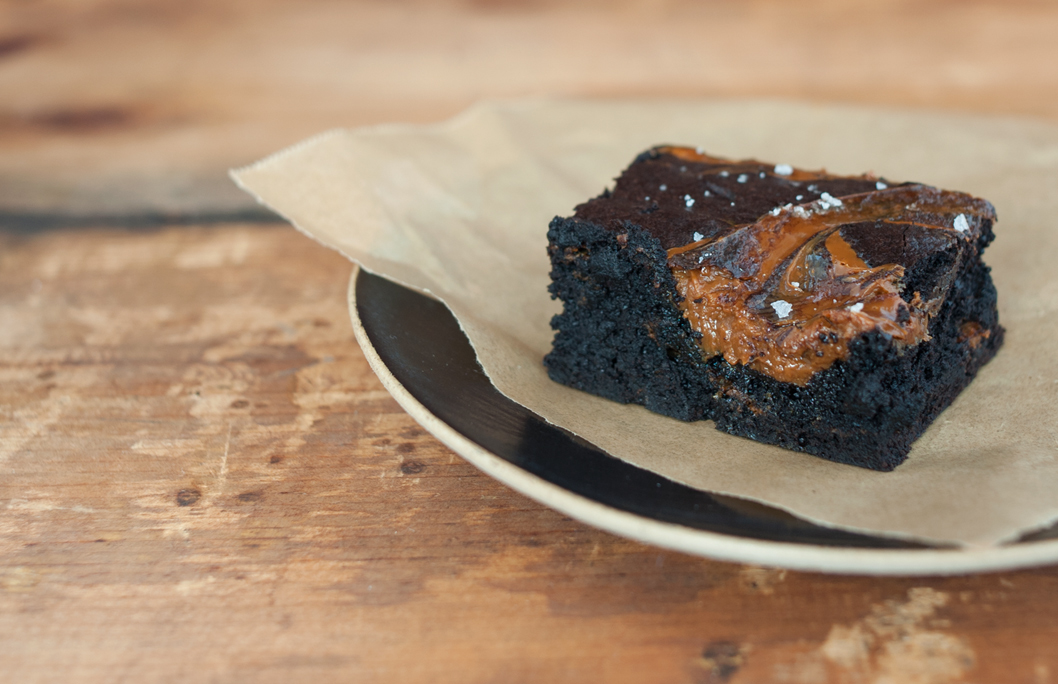 It was late when the door opened. The bright thing had gone away hours before and the house was dark. Only the glow sticks on the shelf gave off any light.

Hammer opened his one eye at the sound of the jingling. He already laid on the floor with the door in view and knew as soon as the footsteps approached that it was Blonde One and Dark Haired One. Though the loud rolling and scraping noise that came with them was disturbing. He decided to sound the alarm.

Buckley (who was terrible at night watch because he was not rescued but purchased and thus thought that all people were fairy beings who carried bacon in their pockets) came flying around the corner when Hammer sounded the alarm and joined in the serenade. When Blonde One and Dark Haired One shuffled in, grunting and saying the curse words, Buckley decided it was an invitation to leap into Dark Haired One’s arms. The cursing was louder now. Something fell.

Oh, they had been gone for so long! Ages and ages and ages! Even Hammer could not contain himself and circled them many, many times. They were covered in strange smells and the loud rolling, scraping thing was actually the Dreaded Box that they sometimes removed from the closet- the Dreaded Box made them disappear and made the gray haired lady appear instead (she only gave them hard biscuits, never chicken). Hammer growled at the Dreaded Box and considered lifting his leg on it to show his displeasure. But then Blonde One put a hand on his head and he forgot all that. 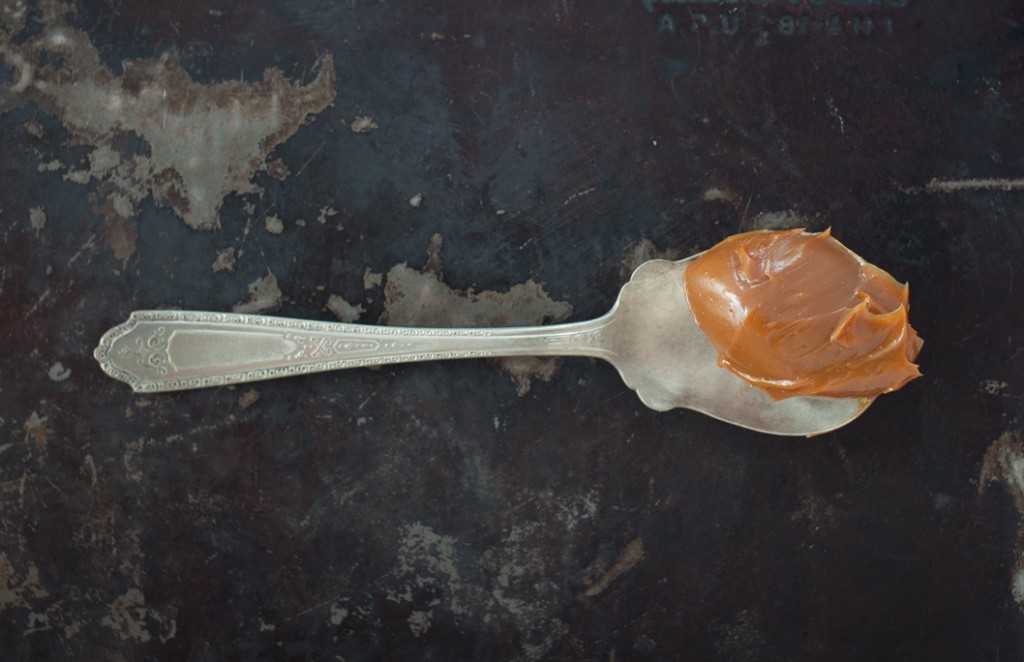 The four of them moved slowly, one giant mass, into the kitchen. Dark Haired One stumbled in first. “Food,” he mumbled. Hammer stood by his side and they looked into the Cold Box together. For the first time, Hammer realized that Dark Haired One had a peculiar item on his head- a brown hat with a strap under the chin. His skin was darkened, almost red. He had blackness around one eye. “Babe?”

“Brownies!” Blonde One had the same brown hat under her chin. She yawned and scratched Buckley behind the ears (he immediately dropped onto his back, swinging his legs, because he lacked dignity). She held something up to Dark Haired One and he grabbed it from her hand. “God bless Gerta,” he said.

Hammer watched them attack the treats with joy and happiness. The curse words stopped. Silence filled the dark kitchen as they munched and scratched the dogs’ heads.

The special treats must have chicken in them, Hammer thought. Was only explanation. 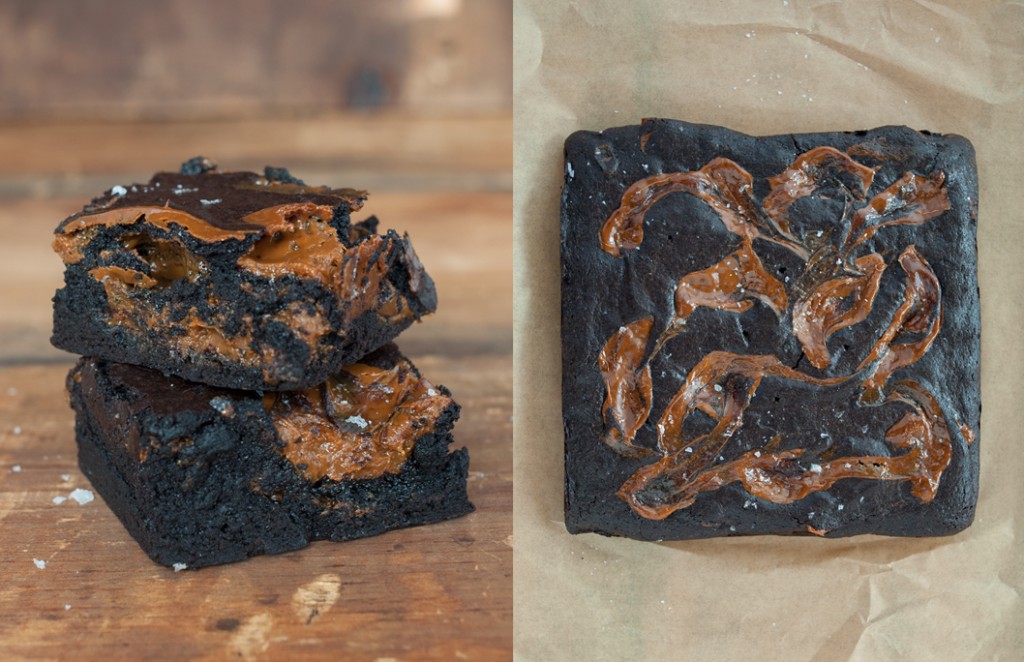 Let’s play a fun game where you pretend like you’re reading this and not completely consumed with the photos of these brownies.

I mean, I get it. I am that dorky friend at the pool sitting beside her best guy friend when the hot lifeguard emerges from the water, complete with slow motion and that “boom chicka-chick-a” music from Ferris Bueller’s Day Off.  (Lifeguard = dulce de leche brownies). I don’t know how we ended up in a Taylor Swift song but who cares, you’re not even reading this. I can say anything right now. Poop. Monkey butt.

2. Spray an 8×8-inch baking pan with cooking spray and set aside.

3. In a medium bowl, combine the butter, sugar, cocoa and 1/4 teaspoon salt. Place the bowl on top of a pot of simmering water. Stir until the butter melts and the mixture turns into a paste.

4. Remove the bowl from the pot and allow to cool for five minutes.

6. Add the eggs one at time, stirring vigorously after each addition.

7. Stir in the flour, then beat the mixture with a wooden spoon for 40 strokes.

10. Let cool on a rack. It’s easiest to cut the brownies and remove them from the pan when they have completely cooled.

* You can find cans of dulce de leche near the sweetened condensed milk in the supermarket. If you would like to make your own, here are two recipes: David Lebovitz’ recipe or Smitten Kitchen’s recipe. If you go the homemade route, make sure the dulce de leche has cooled before adding to the brownie batter.