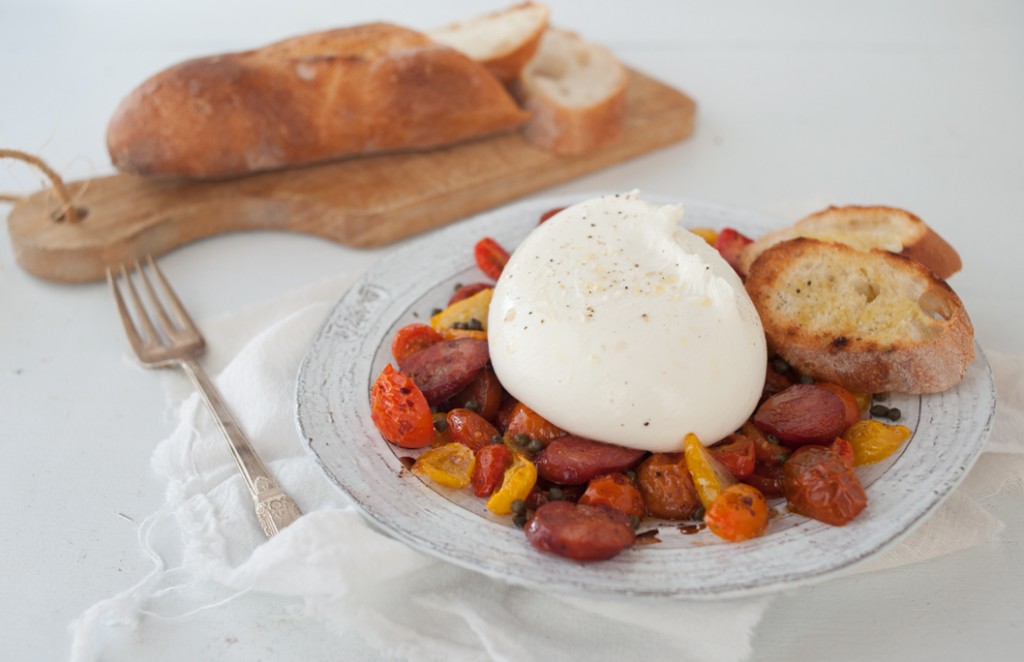 Destiny and Keevah never really met, formally. There were no real introductions, no mention of last names or what they each did for a living, at the time. They ended up in the same small circle at the home of their mutual friend Maris who had decided, on a whim, to throw an informal brunch for everyone she knew. The only thing she had said as she glanced from side to side at her friends was, “My two most unusually named friends, under one roof!”

Destiny and Keevah had both smiled sheepishly and sipped their coffee before they fell into separate conversations.

In the corner of the room, unseen, the same Destiny and Keevah stood. They were ten years older and surveyed the brunch scene, and their younger selves, with bemused horror. “God, look at my hair,” Keevah said. She reached a hand up to touch her own natural curls, now unruly but still far, far improved from the days when she would forcibly iron her hair into flat, shiny submission. “Why am I talking to Brad Saunders? Ugh, I hated that guy.”

“She’s serving that burrata salad. I remember how impressed I was about that. Burrata at brunch.” Destiny, now largely pregnant, rested a hand on her kicking belly and stared at the back of her younger self. “Is that really how I look from behind?”

“You’re fine.” Keevah scowled at her younger self who, at that moment, batted Brad Saunders on the arm and laughed. “I wish we’d been friends at this party,” she said. She’d shuffled home miserably after the party, Keevah remembered,  exhausted by the chitchat and the forced splendor of Maris’ home in the South Loop, depressed about her own crumbling apartment, stung by an offhand comment from Maris about the state of her love life. Or lack thereof.

“Me too.” Destiny arched her back and winced. “Look at poor Maris. Trying so hard to have a good time.” They both glanced over at the friend who had introduced them or, really, just off-handedly put them together in the same room. She was wearing pearls but was barefoot because that had seemed very elegant, to be in pearls but barefoot. She could not really pull off the look though, when so many people nearly stepped on her naked feet.

How could Maris have known that this was the first of many times that the two women would be thrown into the same awkward party or social situation? That they would eventually come to seek each other out. That they would catch each other’s eye when someone said something just too ridiculous to go unnoticed. That they would then meet up for a drink, just the two of them, and end up, as it happened, talking about Maris, who they were both struggling to still be friends with, or find things in common with.

More trips to the bar, stops at the bookstore, coffee after coffee after coffee, lounging movie nights, late night texts after one of them had broken up with a guy or was starting to see a guy or when each of them had met the guy. Keevah at Destiny’s mother’s funeral; there was a moment when she could feel Destiny start to go beside her and Keevah reached out and grabbed her arm and Destiny did not cry, which was what she wanted- she was trying to be strong for her brother. Destiny running up the steps at city hall in her black pants and boots when Keevah called in the middle of work on a Tuesday to tell her she was getting married and could she get there quick, as Keevah had changed her mind at the last second about wanting a witness. All the little moments in between; countless, endless, stacked up like gold coins between them.

They watched the scene before them and their singular, struggling selves and then Keevah snagged two glasses of mimosa from the side table and handed one to Destiny. “Just a sip for you, Mama,” Keevah said and she raised her glass. Destiny looked at her expectantly. “To Maris. Who did her job.”

Destiny grinned and raised a glass to toast their hostess. “Who did her job.”

Thank you so much for helping us celebrate our three years of SKS this week! All of your warm and lovely comments were deeply appreciated. And, uh, wow- I got a lot of good name ideas so thank you for that too. The full list is below. I think it’s safe to say that we, as a group, wish we were living in a romance novel.

And now… drumroll please for our two winners! The numbers picked, by Random.Org were comments 31 and 3; congratulations to Allison Day and Melanie!

We will email you today to discuss which foodie package you would like to receive in the mail from us. Our most sincere thanks to everyone who participated. 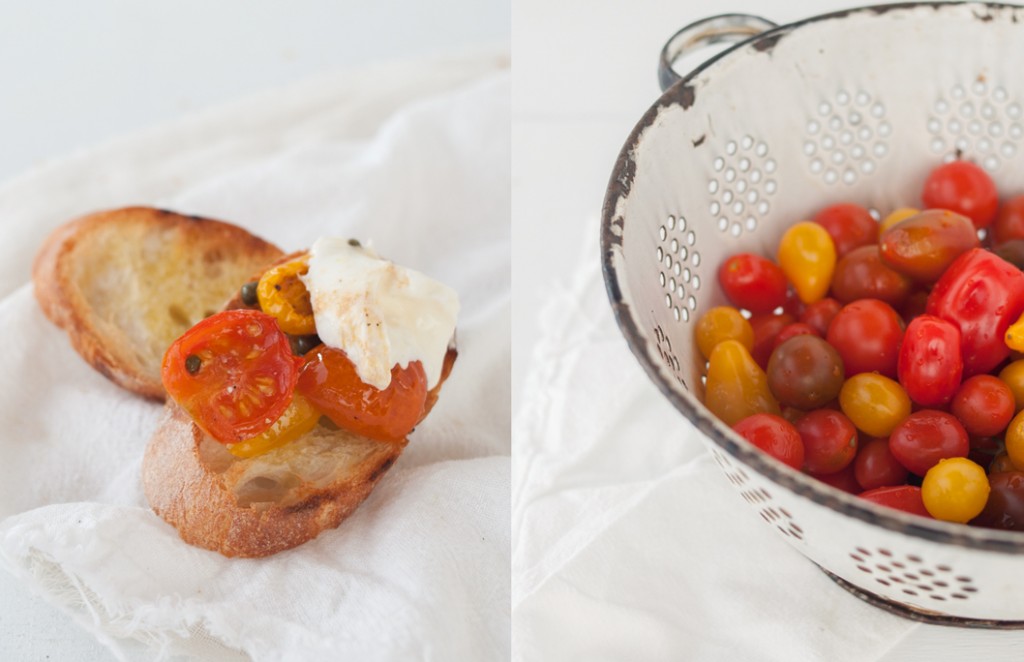 Here were your character names, in the order received. I should be good for the next three years with these. Or ten years. 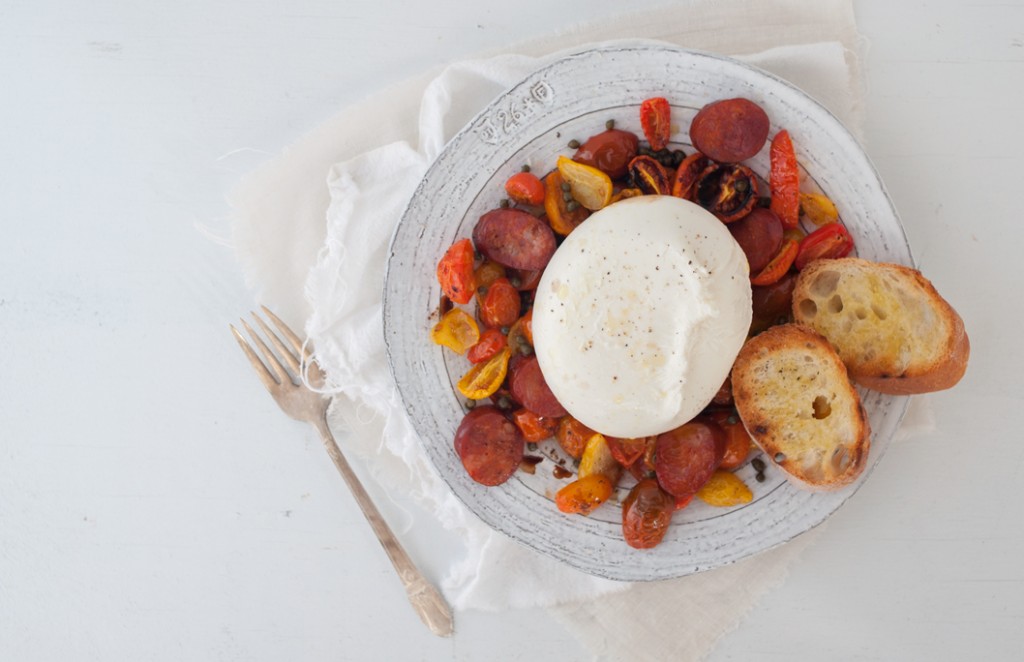 And now, ladies and gentlemen, your salad… specifically, your Heirloom Tomato, Chorizo and Burrata Salad which, frankly, is almost too beautiful to eat. Let us just stare at it and behold its wonder and be thankful that cheese exists. Especially burrata which is like mozzarella but magic. If burrata is ever on a menu, you say “We will have all of the burrata you have.” End of lesson.

2. Place halved tomatoes on baking tray, drizzle with oil, season with salt and pepper. Toss to coat. Turn tomatoes so cut side is facing up and roast for 30 minutes. Transfer smaller tomatoes into a bowl to cool while the larger tomatoes roast for another 30 minutes. Remove from oven and add to bowl.

4. On a baking sheet, place the baguette slices. Drizzle both sides with olive oil and grill until golden. Remove and rub one side with the cut garlic.

5. To serve, place the tomatoes, chorizo and capers together on a plate. Top with the burrata, drizzle with oil and balsamic to taste. Scatter with basil leaves and sprinkle with salt and pepper. Serve with grilled baguette.