Free March 2014 Desktop and iPhone Calendar- On the Bright Side

Free March 2014 Desktop and iPhone Calendar- On the Bright Side 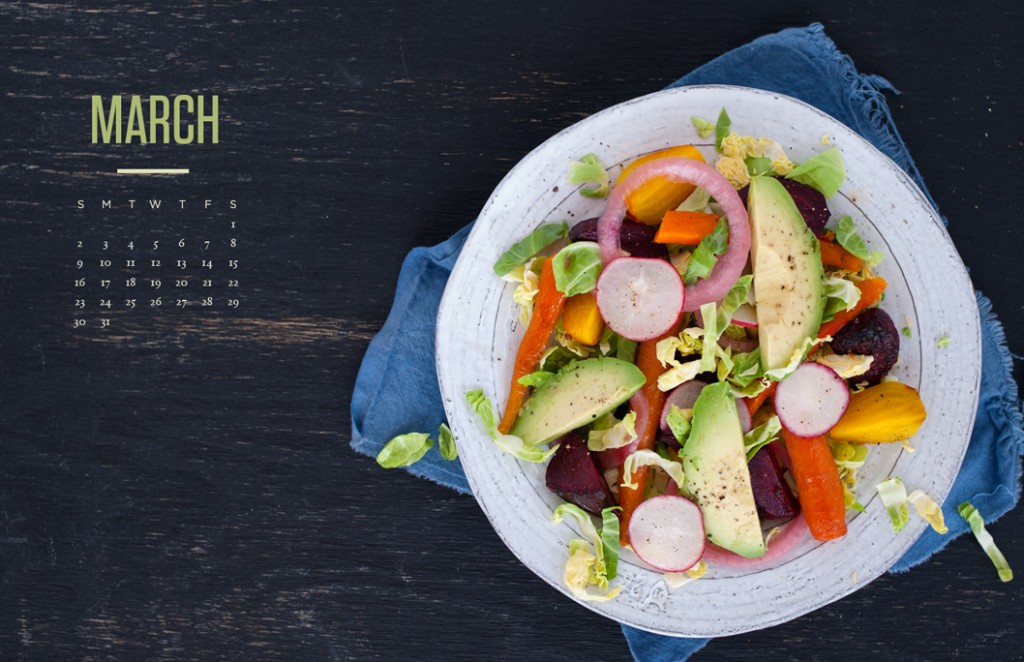 Read the First 30 Episodes | Previously on Smitty & The Girl: It’s been a long day for Petula Mathers. She swept into town just to cause her usual amount of mayhem and drama only to end up conked on the head by her twin sister and tossed into the backseat of her car, to be hauled out of town.

Petula woke up with her mouth pressed against a dusty leather seat. She opened one eye and winced as the pain shot through her head. The blow to the temple had done nothing to her memory; it all came back in an instant and Petula knew immediately where she was and why. It was the same when she awoke with a hangover, no disorientation. Her own strange, useless superpower.

But it came in handy, she thought with her eyes shut, especially when she ended up cockeyed in the backseat of someone’s car and needed to plot an escape. She didn’t move a muscle, not even to blow the tangle of red hair that had fallen over her face and tickled her nose. She went perfectly still and ignored her fallen hair. “Listen,” her father once told her, his voice unusually sharp. “Use your ears. Your ears don’t betray you like your eyes do.”

Petula did what she was told and listened. The car door was open, she realized. She could feel the draft on her legs. No car sounds, a quiet street. It was late, she remembered, very late. She listened harder- where was Rose? She wasn’t in the car. Where was she?

She heard the voices then. Rose’s was unmistakeable- it was always strange to hear Petula’s own voice coming out of someone else. And someone else’s voice. A male voice. She listened harder; a voice that broke, ever so slightly. A boy’s voice. What the hell was Rose doing out there with a kid?

She opened her eyes now, her ears trained on their voices. They were not far away but no close enough to see her open her eyes. Pet moved her head slightly and peered between the two front seats to the steering wheel and, dangling from the dashboard, the car keys. Her lips twitched. Oh, Rose.

She would have to move fast, she realized. She could not slink up to the wheel; there was not enough time and the car would move too much. But not to the steering wheel, she thought. She’d spring up and shut the door and then, as Rose rallied, lock the doors. And then she would climb into the front seat and take off, in Rose’s car.

Petula listened for the voices and her muscles tensed in anticipation. She went over the plan one more time and counted the steps between the backseat to the car door to the lock mechanism to the front seat. When she felt ready, she planted her hands beneath her and moved her body up slightly, into almost a push-up. She honed in on Rose’s voice and her words but it was the boy’s that cut through first.

Oh, March. Filled with so many weird, in-between moments. Winter into spring means a lot of snow/rain combinations, which is messy and, let’s be honest, in Chicago and Maine, it’s more winter than spring and will be into April. Around here, this month is filled with parties (St. Patrick’s Day, birthdays) and celebrations (our blog anniversary!) and lots of work stuff (I’m presenting at SXSW in a few days! PRAY FOR ME.) The days will get slightly longer and the recipes around here will be just as in-between as the weather, a mish-mosh of comfort foods and lighter, spring fare. Maybe a few cookies too, if Nicole ever recovers from our chocolate month and wishes to bake ever again. Please feel free to do some convincing in the comments.

(Note: these are new for us so if you try them out, let us know what you think in the comments. And if there’s a demand for non-iPhone users, let us know that too. Also, give these a shot on your Android, the sizing might work out fine. Just… let us know how everything works. How IS everything, in general? Good? You good? That’s good. This is the worst blog note ever written.)