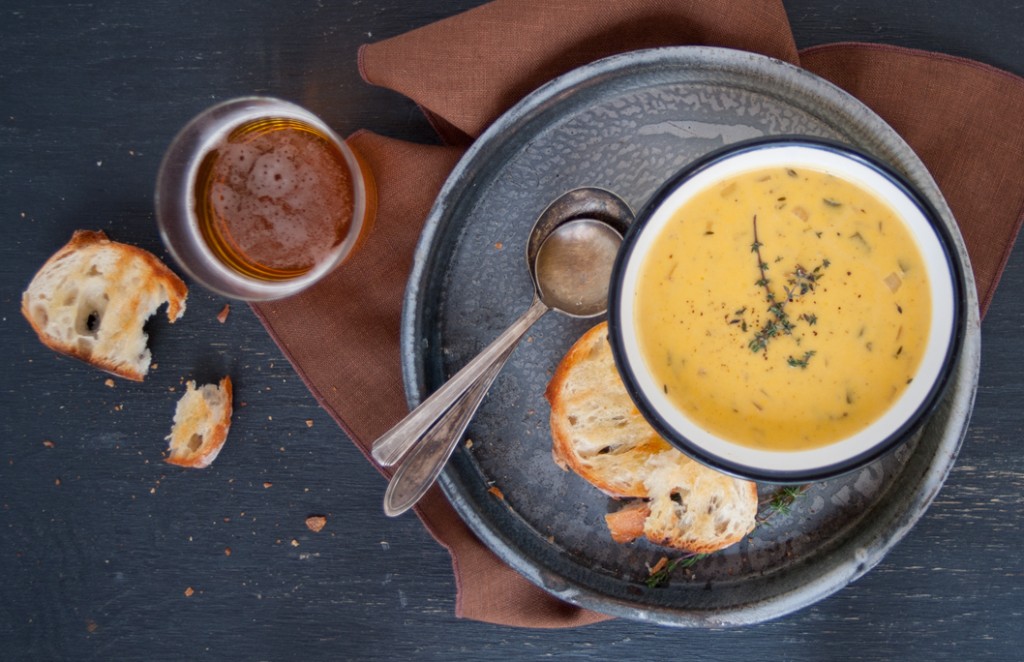 I’m not sure if I’ve mentioned this before but Nicole is a very measured person. She might just be the most nonchalant person in my life. This isn’t to say that she doesn’t get excited or angry (incidentally, angry Nicole is a sight to see, I should sell tickets) or pumped up but chill Nicole is the one I’m most familiar with; that’s the Nicole I picture when she sends me a note or a text. Or in an email that casually tells me the loft she shares with her husband and dog is featured on friggin’ Design Sponge. Like… oh, hey…. before I forget… It kills me. She and her husband are absurdly talented and it’s just… oh, that? Right… Yeah. I’ve never seen two people more perfectly suited for each other, both so talented and so nonplussed about their talents like it’s the most natural thing in the world to be so talented. There’s nothing fake about it either, nothing’s a show, there’s no pretense.

And then there’s me, throwing myself into rooms at the office after I got that email. “I’M ON DESIGN SPONGE.” Which was not remotely true but… pointing, “LOOK. SHE SAYS ‘A FRIEND.’ THAT’S ME. I’M THE FRIEND. FAMOUS. (For 30 seconds) DESIGN SPONGE. CHOKING. I’M CHOKING.” Next to Nicole, I am a human golden retriever. Her calm sometimes boggles my mind. Sometimes it feels like I’m held together with paper clips and old glue sticks, my edges all sticking up and out, and I’m amazed at the end of the day that I was able to put two sentences together, just amazed. The other day I hung up a string between two nails in my home office and clipped cards from a calendar up and I am not joking when I tell you that I felt like a creative genius after doing that. So accomplished and clever. So completely pathetic.

Anyway. If you haven’t seen Nicole’s apartment on Design Sponge, you should take a look. It’s their live/work space which means that’s where all the cooking and photo-taking is happening, friends. You might glimpse some of her styling props too. Worth a look and a few sighs of envy.

And while you’re doing that, you should hunker down in your own abode with some beer and some cheese and make some damn good Beer and Cheddar Soup. Listen, do not shy away from a vat of a cheesy, beery soup; it’s cold out there, you need insulation. It’s only natural. You’ve been trying to be good but finding your hunger is an insatiable beast lately? Listen to your body and give it what it wants already.

And I would heartily suggest serving with giant pretzel rolls for dipping, the best you can find. 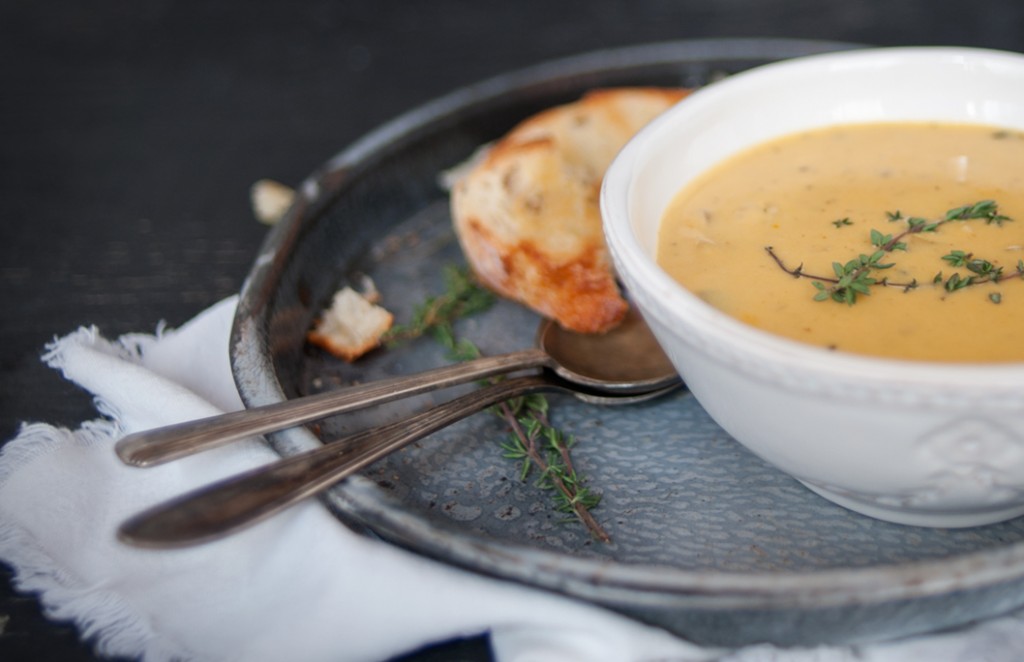 Make Ahead: The soup can be refrigerated overnight. Rewarm gently and thin with additional broth.

1. In a large saucepan over moderate heat, cook bacon until the fat is rendered and the bacon crisp (about 7 minutes). Use a slotted spoon to transfer the bacon to a bowl, leaving the delicious drippings behind.

3. Add half of the beer and cook until reduced by half (5 minutes).

5. Meanwhile, in a small skillet, melt the butter. Add flour and cook over moderate heat, stirring, until lightly browned (about 2 minutes).

6. Whisk the butter-flour (roux) into the soup until incorporated and bring back to a simmer. Cook until thickened (about 8 minutes).

7. Add the heavy cream, cheddar cheeses and remaining beer and simmer, stirring every once in a while, until the soup is thick and creamy (about 5 minutes).

8. Stir in the bacon and season to taste with salt and pepper. (Add tablespoons of broth if soup is too thick).