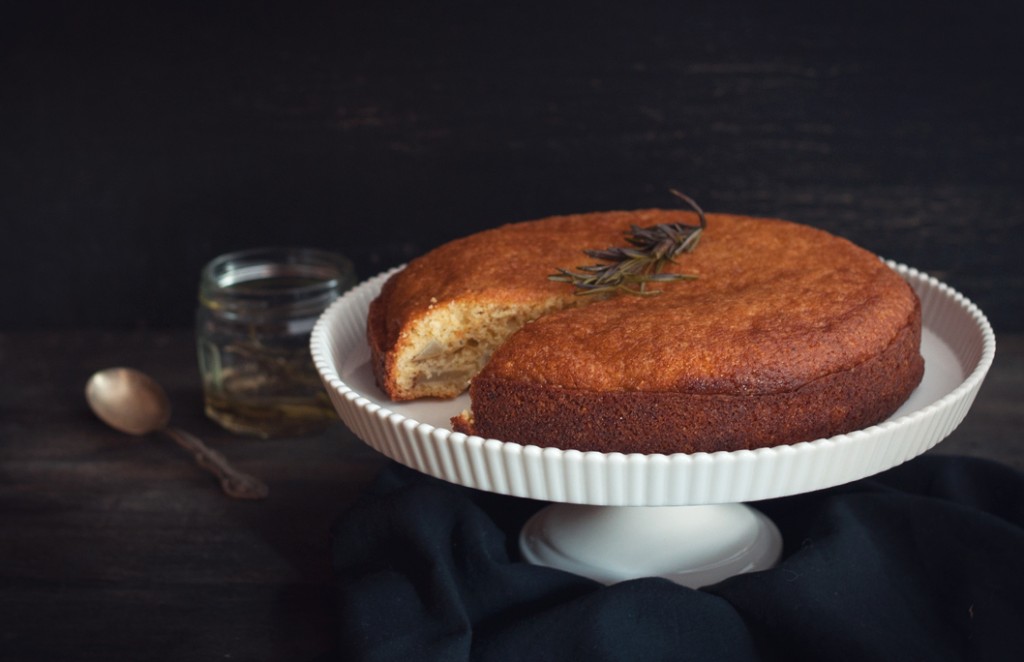 Though there were undoubtedly challenges to raising a gifted child, Cooper and Jack had a tacit, silent understanding that they wouldn’t have it any other way.

Even though Sam was now six and it seemed like his intelligence doubled with each passing year, and he read the newspaper every day and quizzed them on foreign policy on their way to school and just last week the two grown men had engaged in a dinner-time battle of wits when he launched a sixteen-slide PowerPoint presentation against broccoli as a future meal option (“Broccoli: Cruciferous or Worthy of Crucifixion?”), he was still very much their son. Thanks to nature he had Jack’s smile and his floppy hair and  thanks to nurture, he had Cooper’s fondness for cars and old-timey donut shops.

Cooper tried to remember all that as he told Sam, for the fifth time, that he couldn’t have a bit of cake before Thanksgiving dinner. “In Indonesia, they don’t wait until after the meal for dessert,” Sam said and he crossed his arms over his chest. He looked like a miniature version of Jack in the same white shirt and maroon sweater vest. “They have a less regimented approach to snack food and eat it when it pleases them.” 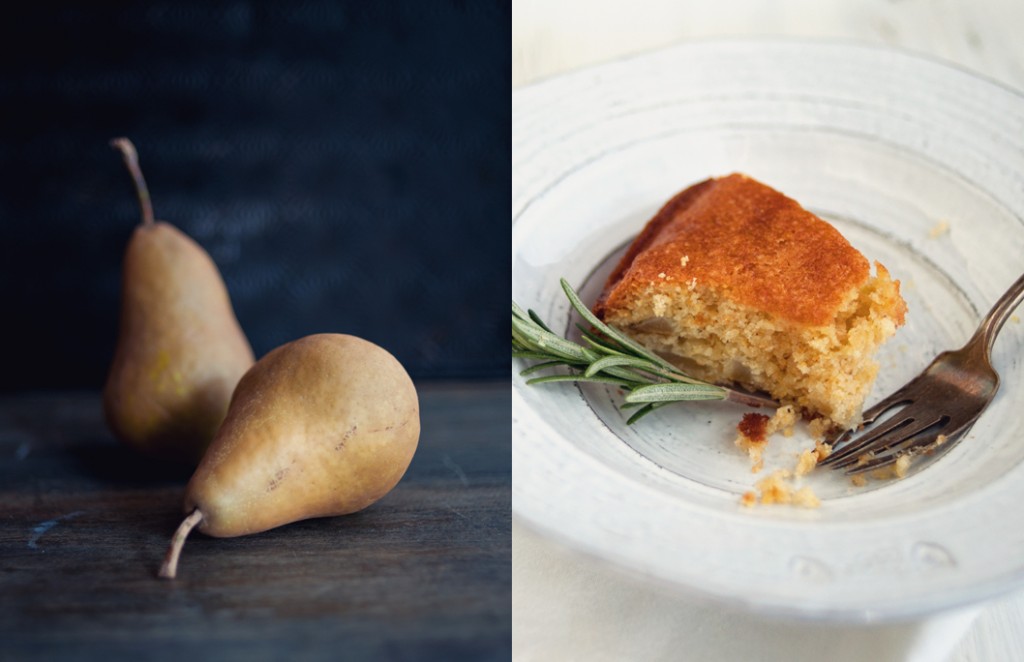 Sam disappeared from the kitchen and Cooper went back to the serving platters. They usually had big family gatherings for the holiday but this year was different; Cooper and Jack had wanted it to be just the three of them this year. Sam was acting more particular than usual; Cooper wondered if the lack of doting grandparents was the cause.

They gathered around the table, around all the food. And as was their tradition, from Cooper’s family, they all said what they were thankful for, in lieu of a traditional grace. “All right, buddy,” Jack said to Sam. “You’re up first, please. Tell us what you’re thankful for.”

“Well.” Sam pursed his lips and looked up at the ceiling. “I am thankful that the Ravens won.” Cooper raised his eyebrows. “I’m thankful that Cousin Missy had her baby and it’s so cute.”

“Okay, that’s it.” Cooper leaned forward and, as he suspected, plucked the iPad from Sam’s lap. “I knew it. You’re on my Facebook page.” He held it up to Jack, who stifled a laugh. “He’s trying to butter me up so he can have dessert first. He’s literally just reading all of the things I liked this week.” He put the iPad on the counter and shook his head. “Sam.”

Sam sighed dramatically and looked longingly at the cakes and pies on the counter. “It was worth a shot.” 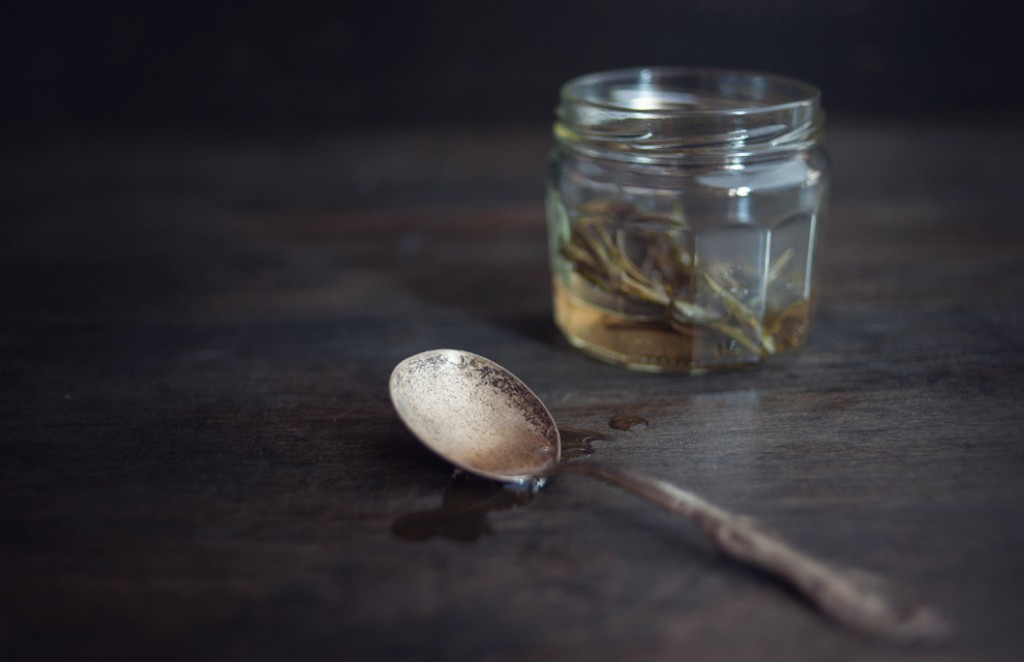 I really loved Real Simple‘s Thanksgiving issue this year. Along with all the traditional stuff, there was an article on how to be more present in your everyday life. It was lovely and thoughtful and is such a nice way to practice gratitude- adopting an attitude of “I’m here, right now, alive” opens you up to notice the trees and the people around you and just makes you more aware of yourself. I really appreciated it. And needed it. Everything gets so busy this time of year that it’s way too easy to feel swept up and lost.

And I loved the look of this cake. It’s so simple and yet earthy-looking. I love Thanksgiving recipes that have a timeless feel to them and this definitely fits the bill. I was so happy when Nicole picked it too. 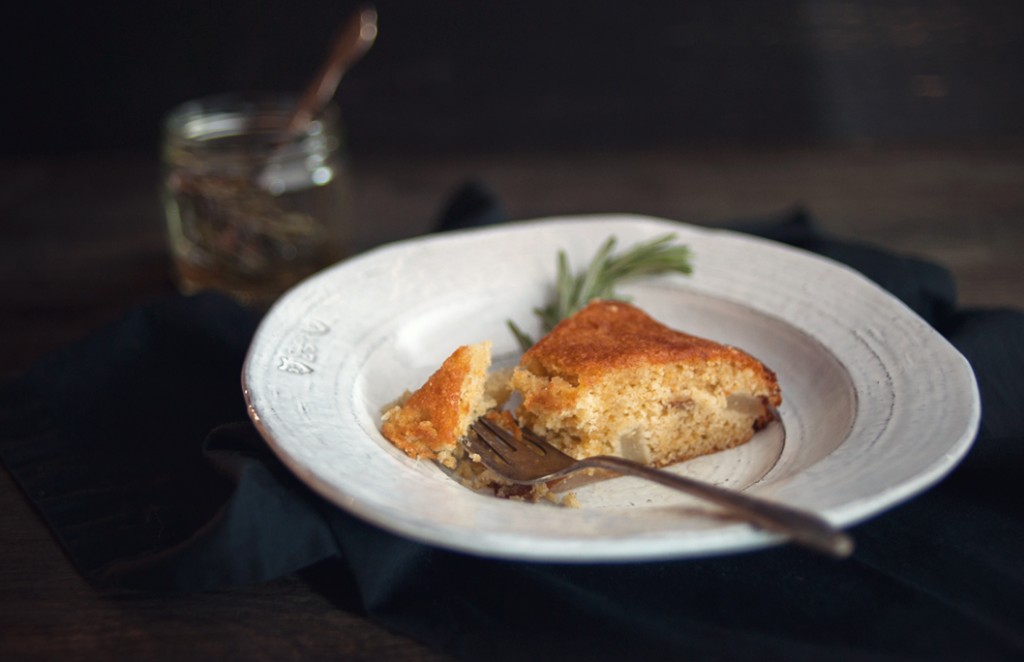 2. In a large bowl, whisk together flour, cornmeal, baking powder, baking soda, salt and 1 cup of the sugar.

3. Whisk together the buttermilk, eggs and melted butter in a medium bowl.

4. Add the wet ingredients to the dry ingredients and whisk to combine. Fold in the pears.

5. Transfer the batter to the prepared pan. Bake until a toothpick inserted in the center comes out clean, 45 to 55 minutes. Cool in the pan for 15 minutes; transfer to a wire rack.

6. In a small pot over medium heat, combine rosemary, the remaining 1/4 cup of sugar, and 1/4 cup of water. Cook, stirring, until the sugar is melted. Remove from heat, cover, and let sit, stirring occasionally, for 30 minutes and up to 4 hours. Discard the rosemary sprigs.

7. While the cake is still warm, brush the top and sides with the rosemary syrup.

8. Serve warm or at room temperature with whipped cream, if desired.