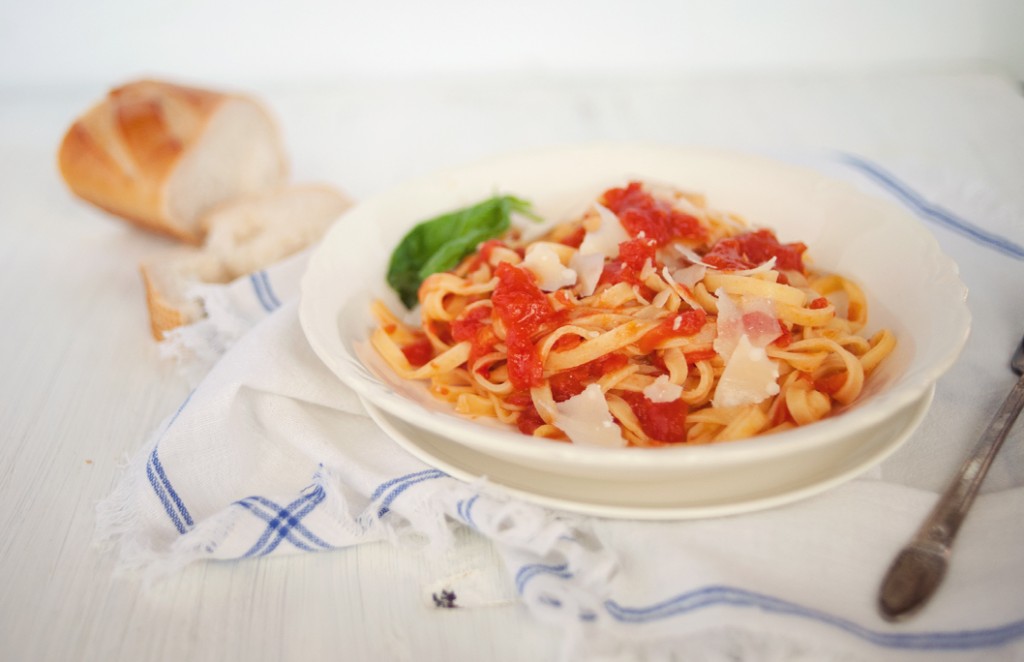 Their trip to Tuscany had taken a strange turn.

It wasn’t until the third night of rain and dark, of Clark navigating those windy turns in their ridiculously tiny rental car, and they had passed yet another silhouetted castle when he muttered, “It’s just a step to the right…” and she realized he was singing the words to that Rocky Horror movie. If she hadn’t been so certain he was going to drive the nugget car into a tree, she might’ve laughed.

The travel agent they’d hired would have to be killed, she thought as she gripped the door with white knuckles. There was no other alternative. Every single place they’d reserved had been murky and dank, the people bizarre. She thought of how she would do it as they lugged their bags to the front door of the small lodge where they’d rest for the night, before trekking to Siena the next morning. She considered poison, something quick and painless, until the one-eyed man with a hunchback answered the door and then she thought, “No. Something slow and painful.”

Clark spoke in Italian to the hunched man, who Sofia realized with a start was far younger than she’d first thought. He grunted and stepped back for them to pass and they entered a room that glowed with amber light. It smelled of stewed meat, what Sofia could now identify as rabbit, and there were clusters of tables throughout the dining room. As they entered, all activity came to a halt.

Sofia and Clark stopped, rain dripping off them in soft puddles, as every fork was put down, every cup of wine set aside. Mouths dropped open and people stared openly. They wore simple clothes, men and women in staggered ages around the room and for a moment Sofia wondered if they’d walked through a portal into the dark ages.

“They’re very pale,” Clark murmured and she realized he was right. None of them sported the olive skin they’d become so accustomed to seeing. Sofia swallowed hard. The way they stared at her made her feel cold everywhere. And it was so quiet that she could feel her own pulse in her ears. “Clark…”

“Right.” She stayed close to him as he spoke to the one-eyed man who studied his face and nodded. When he walked away, Clark looked confused and lost. “What did you say? What did he say?”

“I-I don’t know. I asked if we could just go to our room and he nodded. And now he’s gone.” Clark craned his head around, a bit relieved when the man reappeared with a comically large key in his hand. “Thank god,” he murmured to Sofia and he grabbed her hand, despite the awkwardness of the luggage straps on his arm. “What are you having for dinner?” she heard Clark ask him as they wound their way through the dining room. The man grunted a reply and there was an unearthly chuckle throughout the room that made Sofia’s blood turn cold.

“What did he say?” Sofia whispered and Clark looked flummoxed.

“I-I think he said Room 201,” Clark murmured back. “Maybe he misheard me. Maybe I misheard him.”

“Maybe not,” Sofia whispered back as they moved through the crowd and the crowd followed them with hungry eyes. 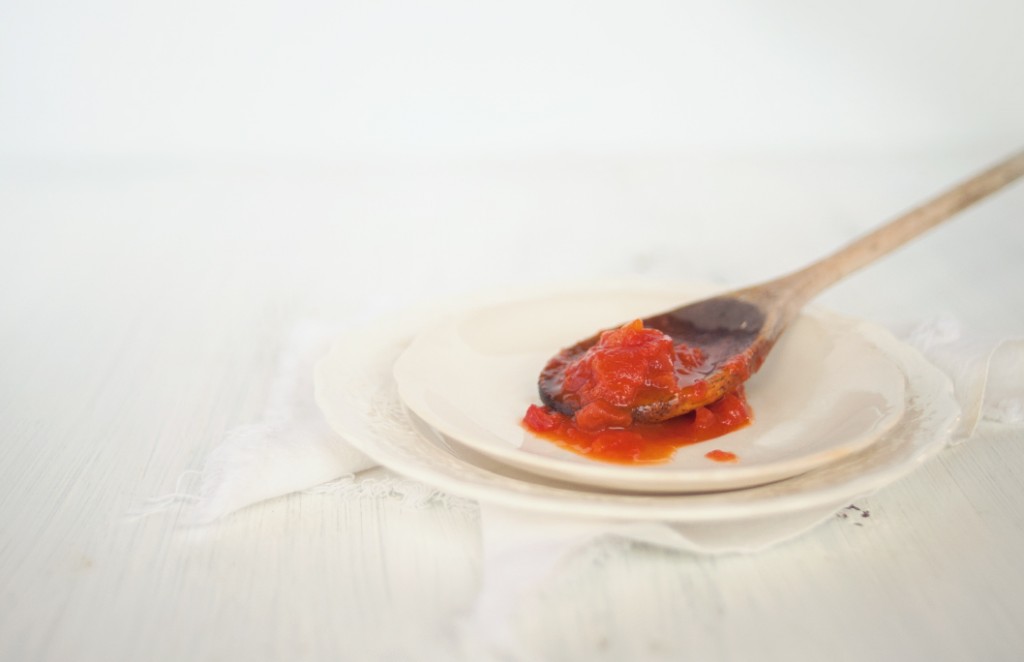 Confession time: I feel a little sacrilegious writing about a tomato sauce recipe that isn’t my mother’s. 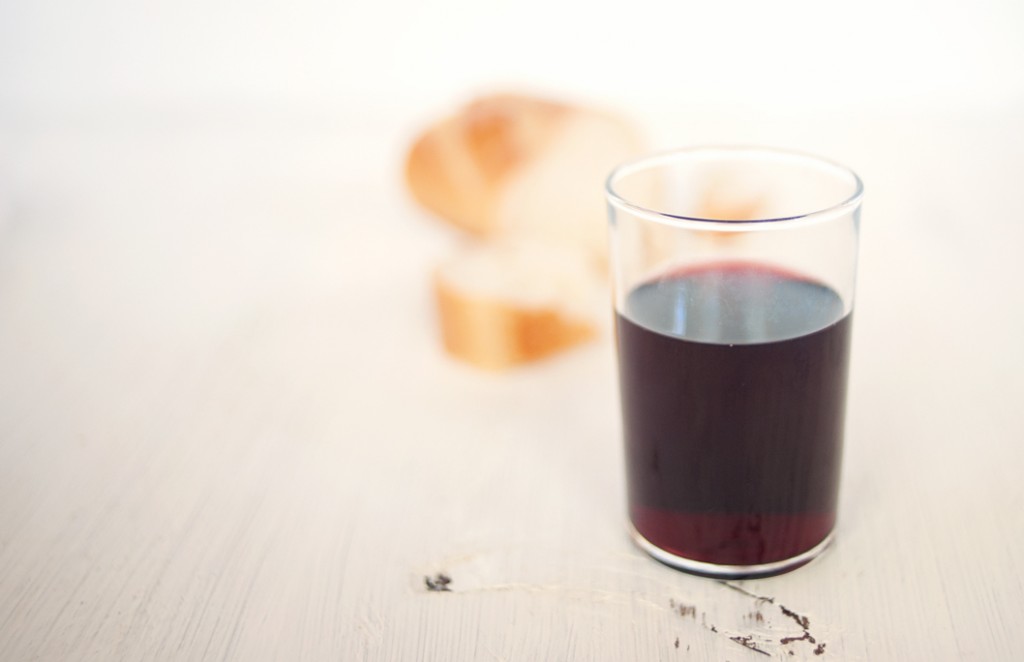 As any good proto-typical Italian-American, I come from a long line of women who make their own sauce (And yes, we call it sauce in our family. Not gravy.) Stepping away from a sauce that’s not my mother’s, despite my own years in the kitchen, still feels wrong and unnecessary and a little bit like betrayal. Which is foolish and nonsensical and my mother would be the first to point it out- “Grandma’s sauce was nothing like mine,” she’d remind me again and again. “Aunt Catherine’s is different, Aunt Anna’s is different. Aunt Rosie’s was different.” And it’s true. One matriarch and four daughters and no two sauces were alike. If you put them out in pots and lined them up on a table for a blind taste test, myself and any of my many cousins could immediately tell whose is whose- that’s how distinct they are. All exceptional, all built to taste and preference.

Over time, I’ve found my own preference; something in between my grandmother’s (which was incredibly thin, almost a broth) and my mother’s (rich and carefully textured and balanced). My favorite recipes to read are ones like Marcella Hazan’s or this one, where sauce is cut down to its bare bones and left to simmer for an achingly long time. Where a wooden spoon is mandatory.

And yet with all of the allure of this lovely recipe, I still hesitate. I’m still young enough, I suppose, to feel like “sauce” should, still, just be my mother’s. Maybe it’s a yearning for home, pure and simple. A time when I didn’t have to fuss or create or make my own mark somewhere and could just sit at the table and let her go to work, the moves so familiar that I could see them in my sleep when I close my eyes, smell garlic and basil wafting through the room. 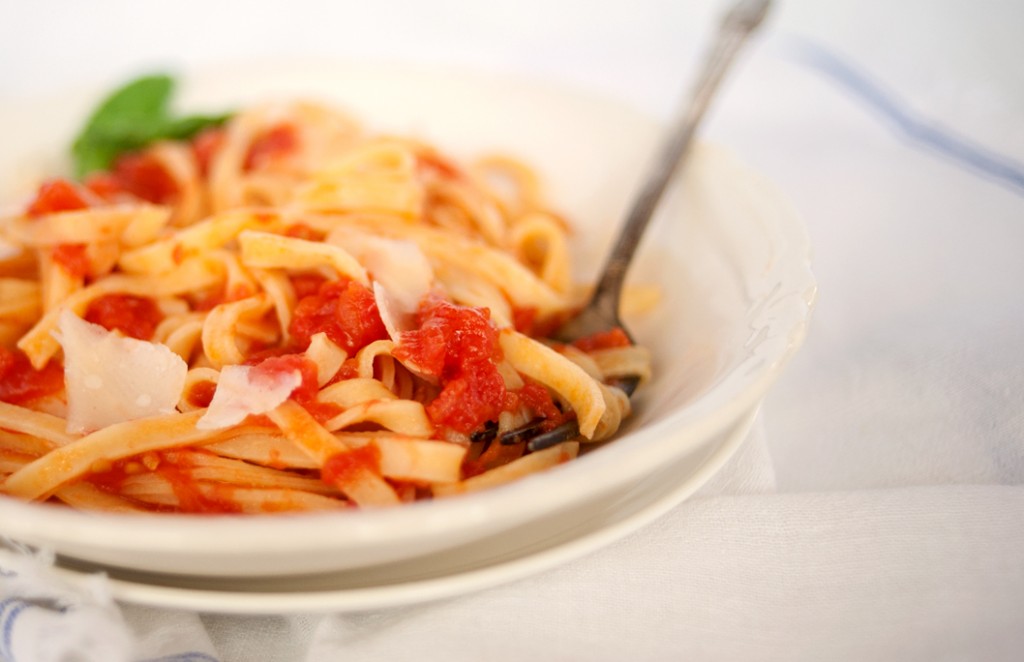 2 Pounds of fresh, ripe tomatoes, prepared as described below, or 2 cups of canned, imported, whole Italian tomatoes, cut up, with their juice
5 Tablespoons of butter
1 Medium onion, peeled and cut in half
Salt, to taste

1. Take either the prepared fresh tomatoes or the canned and place in a saucepan.

2. Add the butter, onion, and salt, and cook uncovered at a very slow, but steady simmer for about 45 minutes, or until it is thickened to your liking and the fat floats free from the tomato. Occasionally, stir and mash up large pieces of tomato with the back of a wooden spoon.

3. Taste and correct for salt. Discard the onion before tossing with pasta.

4. Serve with freshly grated parmigiano-reggiano cheese for the table.

What to use: fresh, ripe plum tomatoes (or other varieties, if they are ripe and fruity, not watery)

Blanching method: Plunge the tomatoes in boiling water for a minute or less. Drain them and, as soon as they are cool enough to handle, skin them, and cut them into coarse pieces.

Freezing method (from David Tanis, via The Kitchn): Freeze tomatoes on a baking sheet until hard. Thaw, either on the counter or under running water. Skin them and cut them into coarse pieces.

Food mill method: Wash tomatoes in cold water, cut them lengthwise in half, and put them in a saucepan and cover the pan. Turn on heat to medium and cook for 10 minutes. Set a food mill fitted with the disk with the largest holes over a bowl. Transfer the tomatoes with any of their juices to the mill and puree.