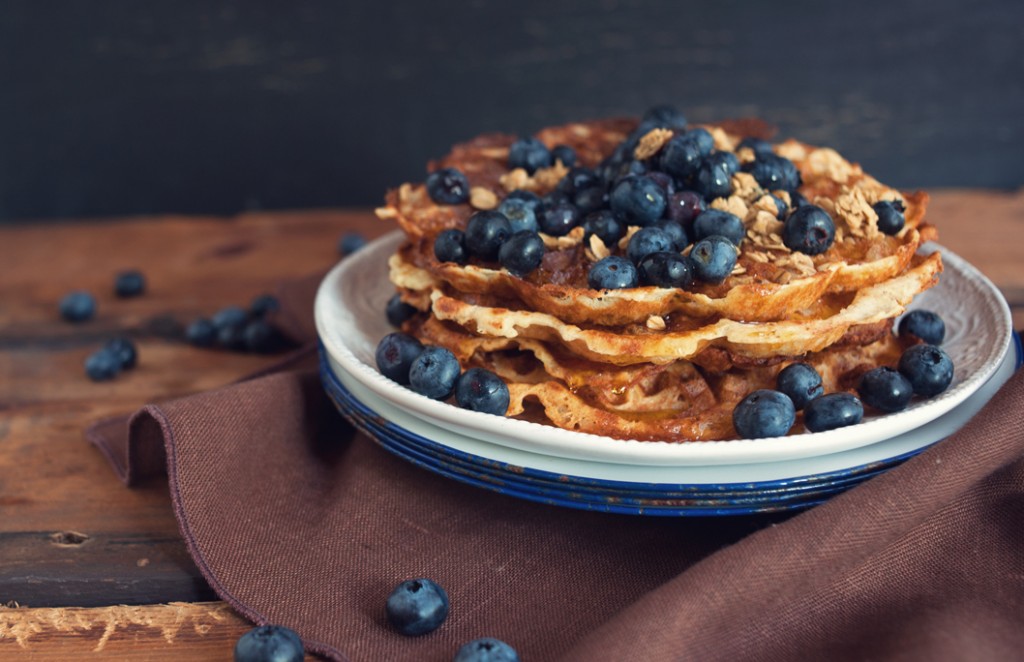 As soon as their humans had gotten up, as soon as Hammer and Buckley heard the heaviness of their feet on the floor, heard the groans, heard the swearing, they ran down to the kitchen and waited.

Hammer, a mop-eared mutt with one eye, took his spot right beside the kitchen island. He was a Mallory first and he got the primo spot. (Thems the rules.) Buckley, a long-haired Golden Retriever mix, was relegated to the other side of the counter where he moped until the humans approached.

Blonde One was first. She shuffled in and Hammer held himself back from attacking the furry pink rabbits that had attached themselves to her human feet. He knew enough to wait until she’d gotten a handle on the pot of magic and taken a sip before approaching. And today, the way she was muttering to herself and her hands were scrambling against the cabinets for her green pills, Hammer knew he should wait even longer to approach. He hung back and peered at her from behind the island.

Dark Haired One was next. He squinted at the dogs, squinted at Blonde One, squinted at the pot of magic, squinted at the green pills and then held out a hand. She handed him the bottle and they stood there for many, many minutes, drinking the brown liquid with the magic powers. And then, the dogs’ ears pricked, they got to work.

Out came the bowls and the spoons and the milk and the flour. Blonde One didn’t say much as she sifted and stirred. Dark Haired One scowled for many minutes at the hot tabletop until Blonde One said, “You need to turn it on.” Then, he scowled at her so she called him a bad word and handed him more magic juice. Then, he seemed better.

And then it was time for the tumbles! Out came the container of blueberries and then one after another, they tumbled to the floor, Blonde One and Dark Haired One too distracted to notice as the dogs snuck up and ate them. Oh, what a joyous morning when Blonde One and Dark Haired One didn’t rush out to door but stood in the kitchen and muttered things to each other and they were so squinty and drank magic juice and then made more magic juice and Blonde One’s hair looked like the tail of Buckley’s squirrel toy, and there were berries of blue that rolled over the floor. 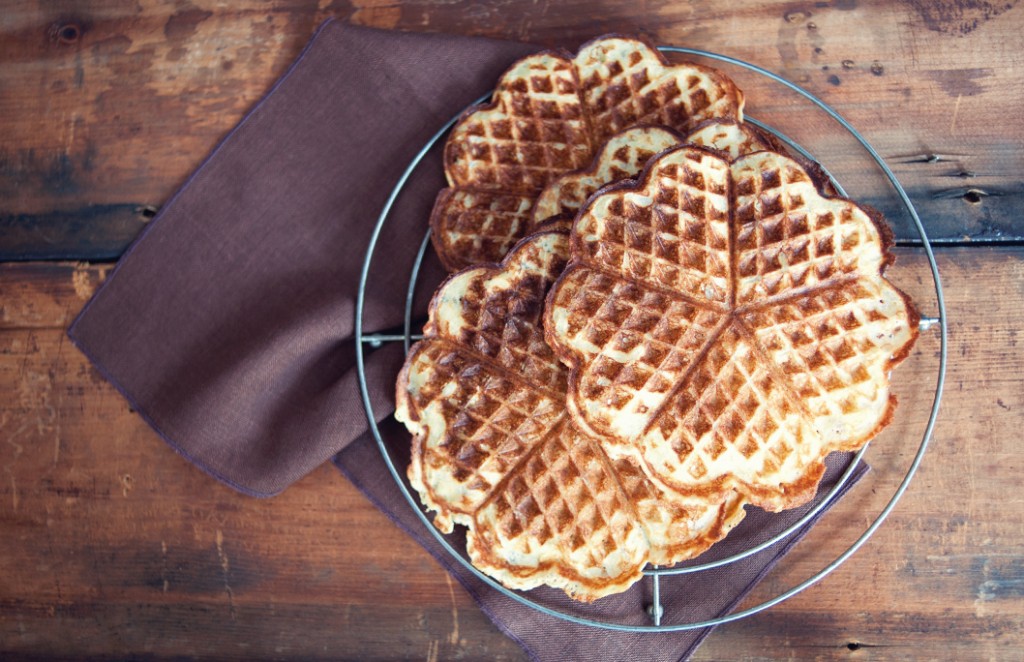 The pictures in this recipe illustrate perfectly one of the core differences between me and Nicole. The conversation went like this:

Nicole: “Hey, could I use a Belgian waffle maker to make these? The recipe says not to.”

Me: Sure. I used a Belgian waffle maker and it worked fine.

When I saw the photos, I laughed. My Belgian waffle maker is a generic beast that I got at Target last fall (when we wanted to make this). It’s crusty with remnants of waffles past, it already looks 10 years old and, design-wise, looks like it’d be right at home at a continental breakfast table at the Holiday Inn Express. Nicole’s creates beautiful waffle heart/flowers. Because of course it does. That’s pretty much us in a nutshell- me trying desperately to ladder up to acceptable-status and ending up at a Holiday Inn Express and Nicole effortlessly being awesome. (Note: she will read this and shake her head but you can’t dispute me here, Nicole! I hold the floor! Effortlessly awesome! It is decided!) 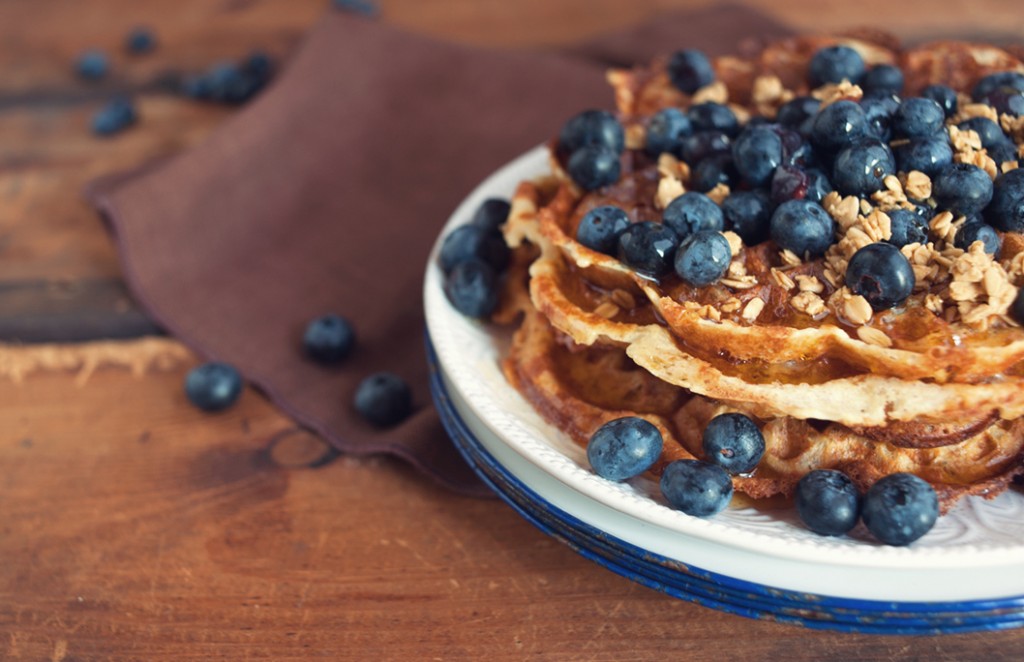 We both ended up making these waffles for guests over the last week and both give the recipe two (four?) thumbs up (am I Ebert? Oh man, I’m totally Ebert). The waffles are deliciously, yeastily flavored, they have a fantastic crisp to their edges and airy-light insides. This made me write about the whole experience for other food fanatics to read, just like how this reviews site does. When you oil the maker in between batches, you walk away with a waffle that’s almost fried-dough like but lighter than your typical diner waffles. They’re fantastic. They’re my new go-to and paired with blueberries and the batter mixed the night before? This one’s a no-brainer. Essential for good reason.

1/2 Cup of warm water (about 105 to 110 degrees, not too hot or it will kill the yeast)
1 packet (1/4 ounce) of active dry yeast (note: Judi only had instant yeast and just substituted the warm water for cool water, worked fine)
2 Cups of milk, warmed (again, not too hot)
1 Stick (4 oz) of unsalted butter, melted and cooled until lukewarm
1 Teaspoon of table salt
1 Teaspoon of granulated sugar
2 Cups of all purpose flour
2 Large eggs
1/4 Teaspoon of baking soda
Oil or melted butter for waffle iron
Powdered sugar, syrup and blueberries for serving

1. In the bottom of a large (larger than you think you’ll need, this batter will rise a lot overnight) bowl, pour warm water and sprinkle yeast on top. Let yeast dissolve and foam (slightly) for about 15 minutes.

2. Stir in milk, butter, salt, sugar and flour. (Deb’s note: do a little wet ingredients and then dry, back and forth, to avoid forming lumps and if lumps form, just whisk them out.)

3. Cover bowl with plastic wrap and set out on counter overnight (or place in fridge if it’s super hot in your house).

4. Whisk in eggs and baking soda until smooth.

5. Heat waffle iron (Deb advises against using a Belgian waffle maker but they worked fine for both Nicole and myself!) Batter is thin so err on the side of underfilled until you work out the right amount.

7. Waffles can be kept warm and crisp in a warm oven (250 degrees, foil on rack) until ready to serve. Batter keeps well in the fridge for several days if you want to make it ahead.