Mikaela did not want to go camping. But there she sat, in the woods, in the dark.

“It’ll be good for you,” her mother had said in a rush as she threw her keys in her purse and hustled them out the door. She was busy, so busy. She had four children and a job and a home and no husband to help her and her father had just come to live with them. Mikaela was a quiet, observant girl, wise for her ten years, and she did what she could to help. In this case, she thought “to help” meant that she should keep quiet. She should not tell her mother that the other girls in the troop did not like her, that they made snide comments about her clothes and her hair and the way she walked, the way she talked out of the side of her mouth when she was nervous, which was all the time around them. Mikaela merely packed her bag with trembling hands and wished the camping trip was over before it began.

And now she sat in the woods, in the dark. She sat on the edge of a log and the girls sat clustered on the other side. The troop leaders, well-meaning but blind, tried to lead the group in a song.

Mikaela wrapped her arms around her legs and swiped at the gnats that buzzed around her ears. She’d forgotten bug spray and now they bothered her, all night they bothered her. She stared into the crackling snap of the fire and wished she could step into the flames and disappear, like in Harry Potter. She’d appear back home, step out of the fireplace in the living room. She’d climb onto the couch with her little brothers and would let them watch what they wanted. 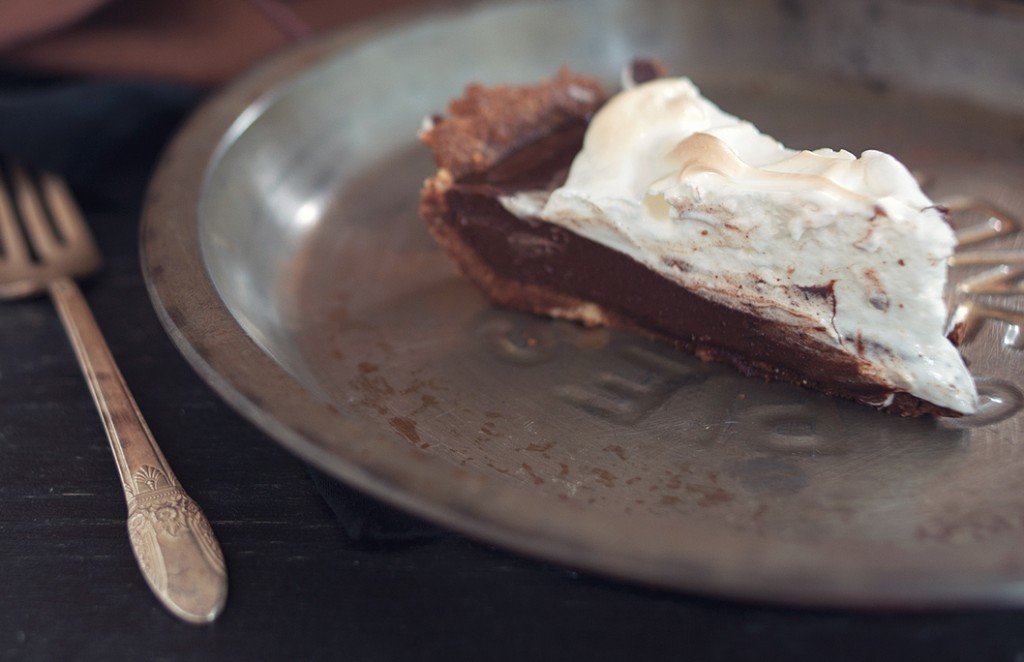 “Hey Mikaela, want a marshmallow?” One of the girls, Bethenny Ann, tossed it and it hit Mikaela squarely in the nose and dropped right into the bag beside her feet. The girls snickered, the troop leader frowned and admonished, it would do nothing, and Mikaela followed the path of the little marshmallow into her backpack. She dug it out and her fingers brushed plastic. With a frown, she drew out the bag that she did not remember packing.

The bag was small and clear and there were a few marshmallows, graham crackers and half a chocolate bar wrapped in plastic. There was a small can of bug spray too and a small red flower, a poppy from their garden. She drew it out of the bag and something glinted. In the center of the flower, nestled between the petals was a tiny medal without a chain.

Mikaela drew closer to the flames to get a better look. She didn’t recognize the saint and the saint had no name but she knew instantly that it was her grandfather who had given it to her. He had a felt bag full of such medals in the drawer in his room; she was walking by and saw him sitting at the foot of his bed once, examining them. He was quiet, like her, and moved through the house like a ghost.

Mikaela examined the rest of her treasures and laid them down on the warm soil beside the fire. She slid off the log and drew closer to its warmth, the medal clutched in her small hand. 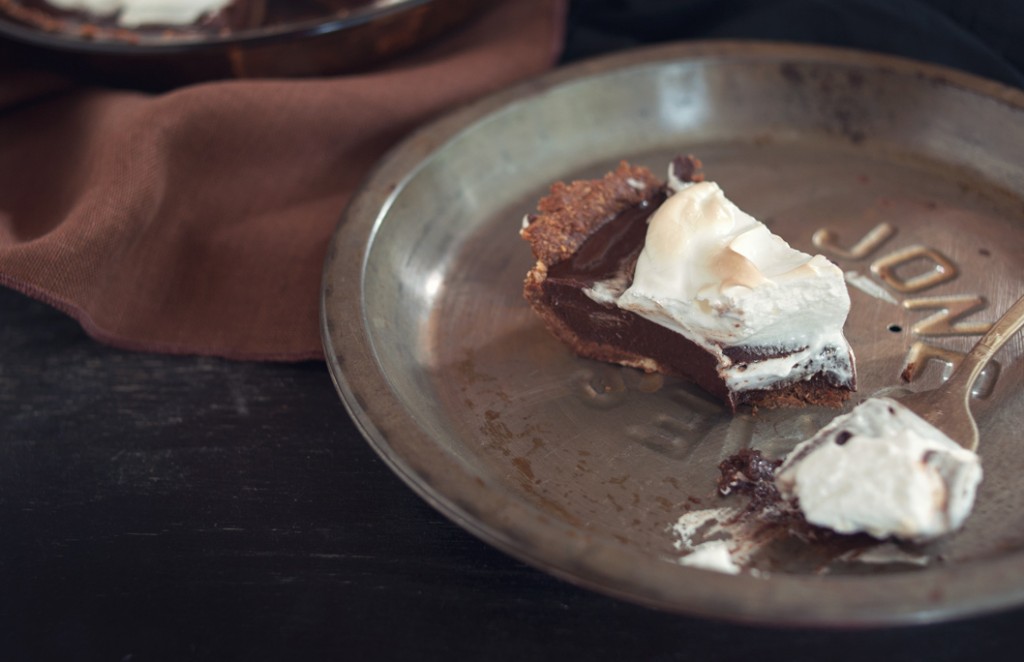 There are three quarts of ice cream in my freezer. I’ll give you a thousand dollars to come over and finish them for me. You know you’ve had too much of a good thing when your friend sends you pictures of insanely delectable s’more pie and you just think, “I’m so glad that’s not in my house right now.” (Just how much ice cream have you eaten? You might be asking. DO NOT EVEN ASK.)

Summer is in full swing and I feel its excesses everywhere- Maine is in the throes of a sweltering heat wave and the choking humidity reminds me of my summers in college in DC. Too much ice cream, too much cheese (there is an excess of dairy in this house at the moment), too much heat, too much movement. I find myself walking (dragging) the dog outside and standing on the sidewalk, staring up at the sky and its stray bolts of lightening. With so much going on, I’m more grateful than ever that I moved to a place where I feel the quiet reaches of space whenever I need it. A sidewalk without another soul on it. No cars. Just the hum of air conditioners and wide, cloudy night skies. 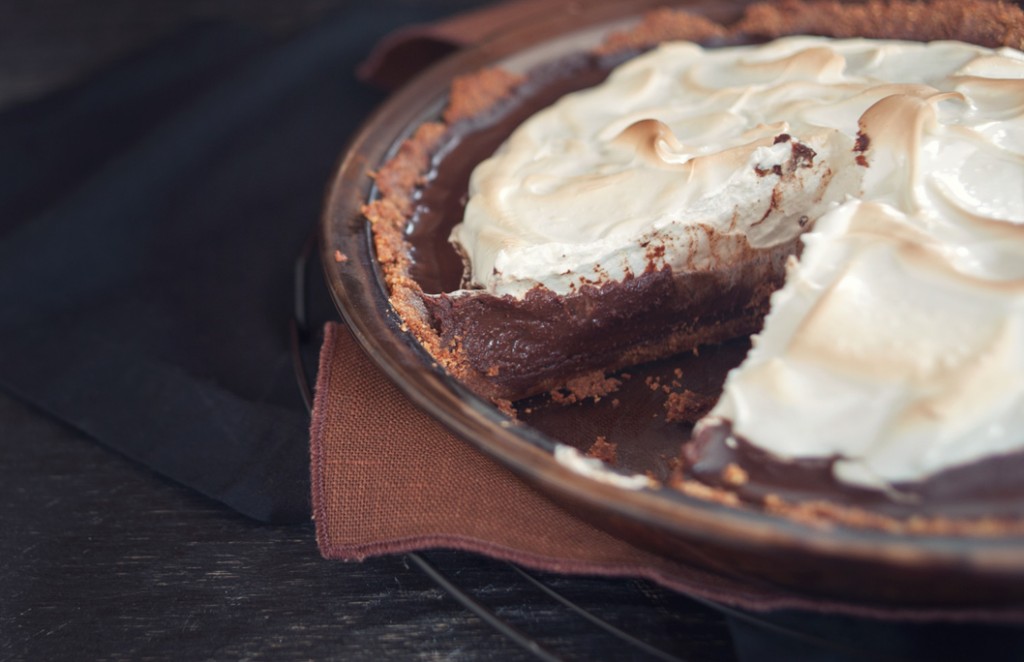 Note: Pie can be made 8 hours ahead, just keep it chilled.

9 Whole graham crackers, ground finely in a food processor or by a heavy bat
2 Tablespoons of heavy cream
2 Tablespoons of Nutella
1 Ounce of semisweet or bittersweet chocolate, melted
1 Tablespoon of unsalted butter, melted

2. Press mixture onto bottom and up sides of pie dish; chill until crust is firm, about 30 minutes.

1. In a large bowl, place chocolate and butter.

2. In a small saucepan, bring cream, coffee and 2 tablespoons of water to a boil. Remove from heat; cover and let steep for 5 minutes.

3. Strain cream mixture through a fine-mesh sieve into bowl with chocolate and butter; discard coffee grounds. Stir until melted and ganache is smooth.

1. Using an electric mixer with clean, dry beaters on medium speed, beat egg whites in a medium bowl until light and frothy.

2. Add sugar in 4 additions, boating for 1 minute after each addition. Continue beating egg whites until stiff and glossy.

3. Spoon meringue over coffee ganache; swirl decoratively with a spatular or the back of a spoon. Using a kitchen torch, if desired, toast meringue until golden brown in spots.