She thought she would know when the sun came out. After days and days of rain, of clouds and darkness, she was sure she would notice the sun’s light as soon as it appeared.  All week long, all month long, it felt like she sat at the bay window and willed it to appear. She took the dogs for walks and watched their white paws get speckled and sprayed with black mud and closed her eyes, wondered if she could call the sun out the way some people claimed they could call the rain. Just yesterday, she’d stood in the kitchen and flipped on the overhead light with a sigh when the darkness crept over the countertops far, far too early, in a way that could only mean a storm was approaching.

Perhaps it was the still-wet grass under her feet, the blades that tickled her ankles, that distracted her that afternoon. Perhaps it had just been too long. Or maybe she was more lost in her thoughts of late than she realized. Whatever the reason, she’d been outside with the wash for almost a full hour, humming through the chore, before she noticed that the weather had turned on its heel without her notice. She’d just put up the last sheet out on the line, the basket at her feet, when she noticed the band of gold light that striped her wrist. She turned her hand over so that the light rested in her palm. It glinted against the rings she’d yet to remove from her finger. 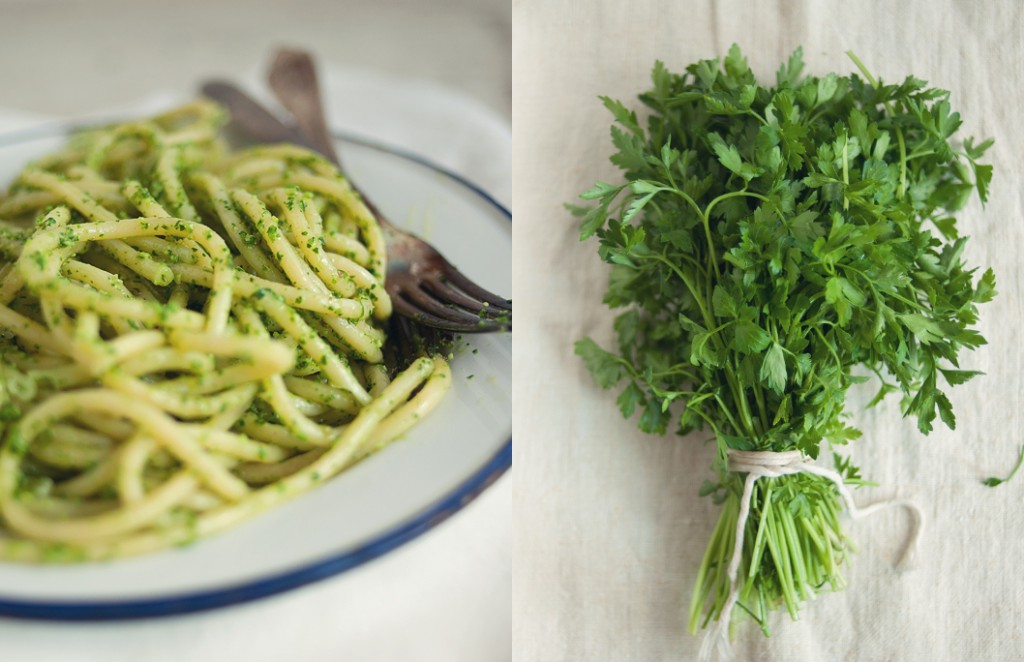 THE SUN IS OUT.

I looked at Nicole’s photos for today’s post and then glanced up at the breaking sky and thought that seems about right. Let’s make this post all about sun.

Because it’s been raining off and on all week here in Maine and it’s Friday and I’ve just about hit my limit. When I open my eyes in the morning, I can see just the slightest sliver of sky and this morning, when I saw it was gray yet again, I did one of those toddler-tantrum-like convulsions in my bed, Paul Rudd flinging his breakfast tray style, if you know what I mean. No, no, notagainno. NO.

I love me some rain (I moved, on purpose, to a place that looks gorgeous in the rain, in the moody dark) but even I was craving some extra light this week. And now the sun’s out and I find myself turning my head toward the window every few minutes, as if afraid it’s going to leave us again. 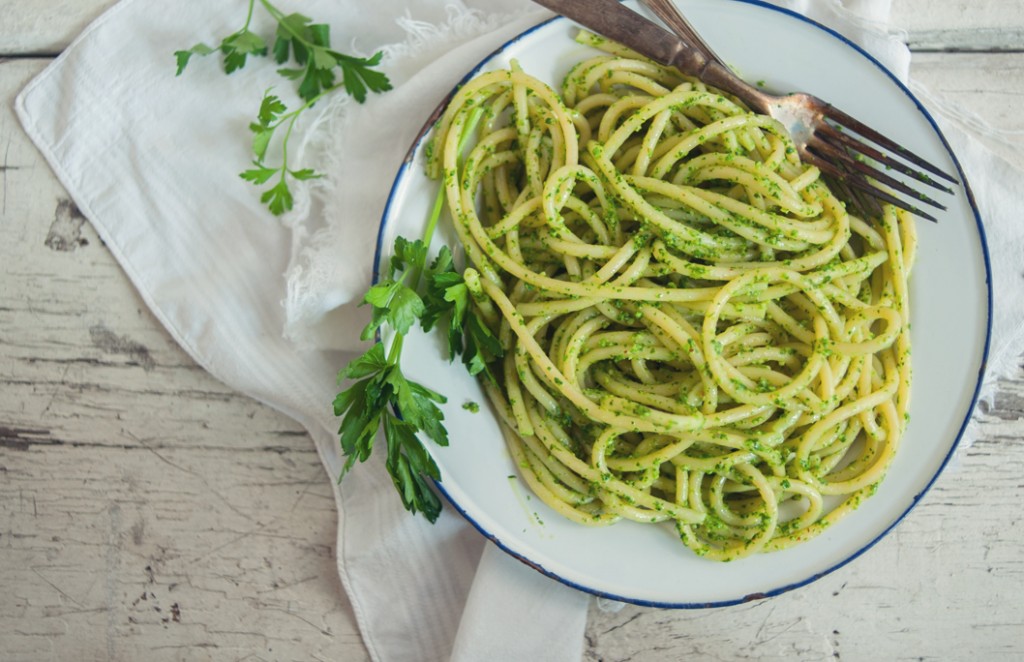 This week, we decided to cook the cover of Bon Appetit’s June issue because in the summer, really, all anyone really needs is pesto and a tangle of spaghetti and white wine and a little extra sun; the world at large is easy to please that way. And even more pleasing is this parsley pesto, usually an accent in the more traditional Genovese-style, basil-based variety. Here parsley steps into center stage and there’s just something about that grassy green against the yellow; it’s almost summer, you guys. It really is. 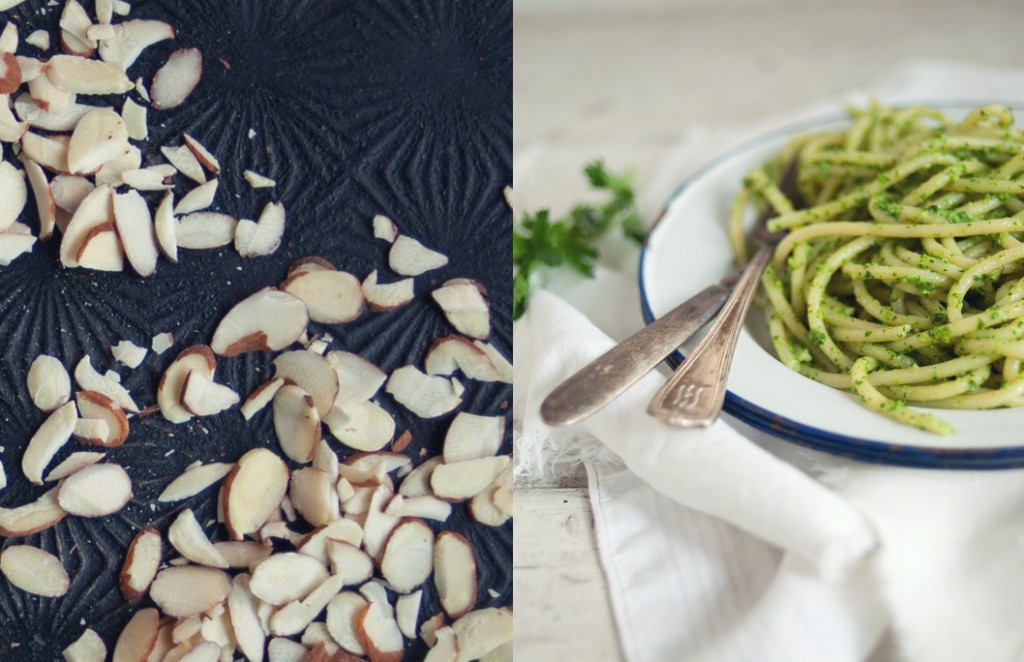 DO AHEAD: Pesto can be made 5 days ahead. Cover surface directly; chill.

3. Toss pasta and pesto in a large bowl, adding pasta cooking liquid by 1/4 cupfuls until saucy but not watery. Season to taste with salt and pepper.