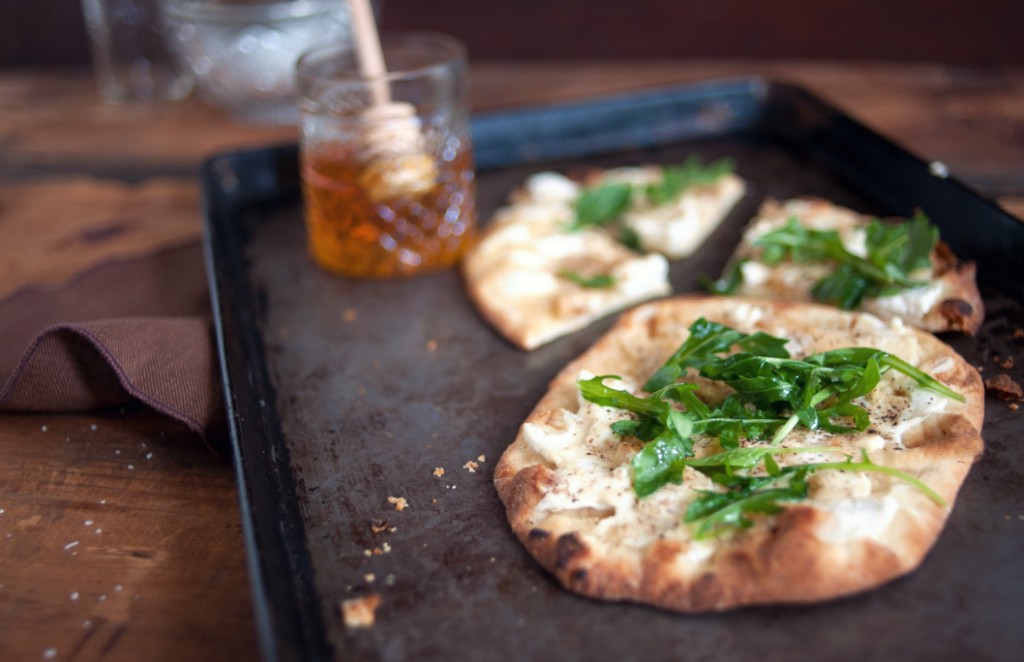 He wanted to meet them at Cerito’s, a seedy diner off the interstate. They entered the place with some trepidation.

“I don’t know about this, Claudia.” Claus sniffed in the direction of a rather large couple who were currently enjoying a tower of greasy onion rings and he recoiled a bit, as if onion ring towers were contagious.

For her part, Claudia clung to his arm and her lambskin leather purse with equal ferocity as they followed the seating hostess to a booth in the back. “Just breathe through your nose. As soon as we get the information, we’ll go.”

“Do not order anything,” Claus hissed to her as they sat down.

“Oh, really, Claus? I thought I might order an American cheeseburger with French Fries,” Claudia hissed back. She slid sideways into the booth, her behind raised as far above the seat as possible so that only the smallest bit of her touched the booth.

A waitress came by, her nametag read Alice Mae for God’s sake, and tried to offer them menus but they didn’t respond so she gave them a strange look and left them on the table. They sat in pitched, tense silence as they waited and it seemed ages before there was a jingle from the bell over the front door and soon their party was joined by an older man in a trenchcoat. He had bags under his eyes and was freshly shaved, a tiny piece of toilet paper stuck to a nick on his neck and dotted with red. Claudia looked away from it, her stomach rolling.

The man had a manilla envelope in his hand but he placed it on the table and didn’t seem to notice that Claus twitched toward it beside him. He smiled at the waitress and ordered a coffee and a plate of eggs with bacon before he finally turned his attention to the pair. “Mr. Von Sheffein. Ms. Von Sheffein-Price.”

“Detective Otta.” Claudia nodded stiffly, as her impeccable manners and upbringing dictated. Claus stared at the envelope on the crumb-covered table.

“Call me Rick.” They wouldn’t, of course, that was ridiculous but Claudia tried to smile anyway. “I have some information for you. Unless you’d like to get something to eat first.”

“No!” Claudia replied quickly, and loudly. Behind them, a woman turned and stared. Claudia stared back with hostile eyes and the woman retreated like a badger back into a hole. “Just tell us. Please. We’ve been waiting such a long time.” 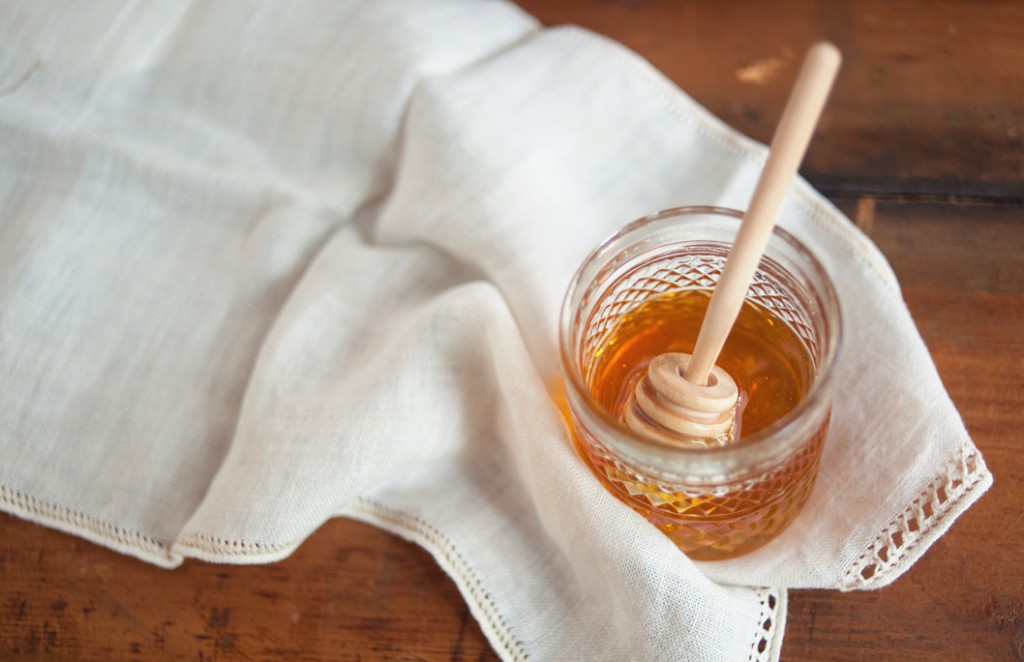 The PI tapped a finger on the envelope and studied her for a long moment. “You asked me to find out information on your biological family.” They nodded. Claudia’s mouth went dry. “You gave me the little information you were able to procure from your adoptive mother’s attorney in Antwerp. I used that information, and my significant resources and connections, to put together a complete profile of your biological parents and relations.”

Claus and Claudia both leaned forward, eyes wide. Claudia held her breath. This was it, she thought, and her thin hand grasped the embossed handle of her purse until her knuckles turned white. They would have the information now and they would find their families and be welcomed into open arms. And finally, finally, their money worries would be at an end.

Her dear mother had always said they’d come from royalty. Royalty. Claudia had always adored the word. She adored it more now that she knew that royalty most often meant riches. The adoration was tinged with desperation now that her idiot husband had died and taken his fortune with him to the grave.

“Who are they? Where are they? Tell us everything.” Claus demanded.

Otta hesitated, his hand on the envelope and Claudia felt a rush of rage. “You want more money,” she said, her voice a low growl. Otta narrowed his eyes. “You little weasel. You’re going to hold this over us for more money. Disgusting,” she spit out as the idea took hold. “You and your little ploy. Revolting.”

Otta tapped his finger on the folder and then, with a considering glance at both of them, stood up. He slid the envelope toward Claudia. “It’s all yours, sweetheart. Take it with my compliments. I wasn’t trying to keep your family from you,” he said as he stepped back from the booth with a grim smile. “I was trying to find a nice way of saying, ‘Welcome home.'” And with that, he turned and walked away.

Claus and Claudia stared at his back and then looked at each other. “What did he mean?” asked Claus.

“How should I know?” she snapped back at him. She grabbed the envelope and with trembling hands, ripped open the envelope. And she stared at the name on the paper in that envelope, the name that looked so shockingly familiar, the same name that resided on the menu beside her. 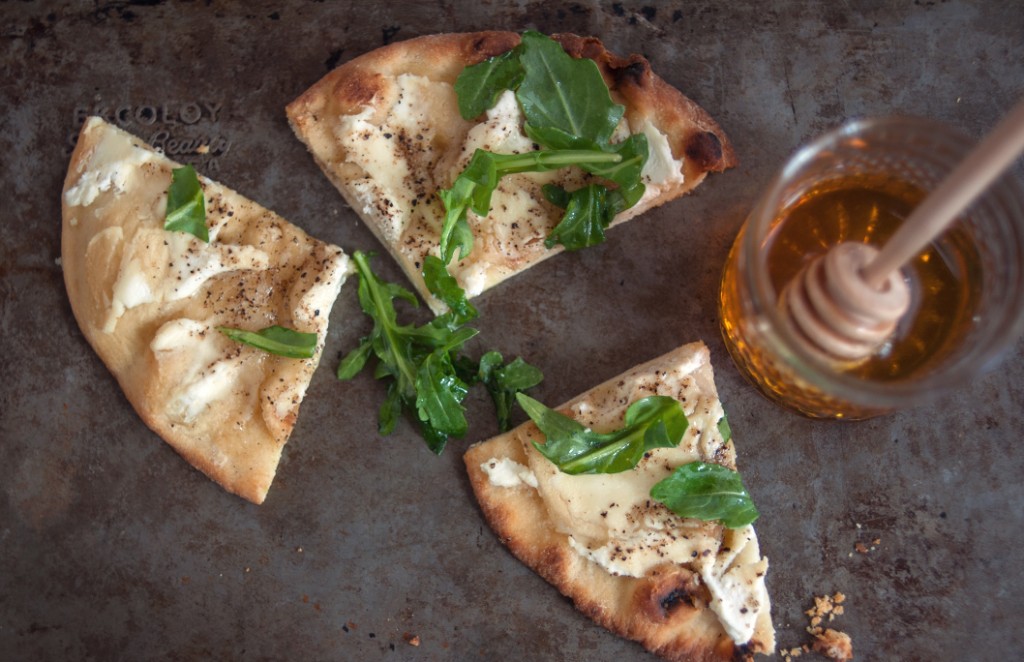 Detective stories. Seems fitting on a day like today. Sitting in my dad’s office (dad desks always bring detectives to mind. Something about the mahogany, I guess) as it rains down in buckets here in New York.

We’re off to get pizza and then hit the movies for his birthday, a day after his big retirement party in the city. A lot of celebrations for my old man. All of them decidedly well-deserved. We’re going into this weekend feeling very lucky and very proud.

And for you… pizza! Because it’s FRIDAY! Everyone gets pizza on Friday! 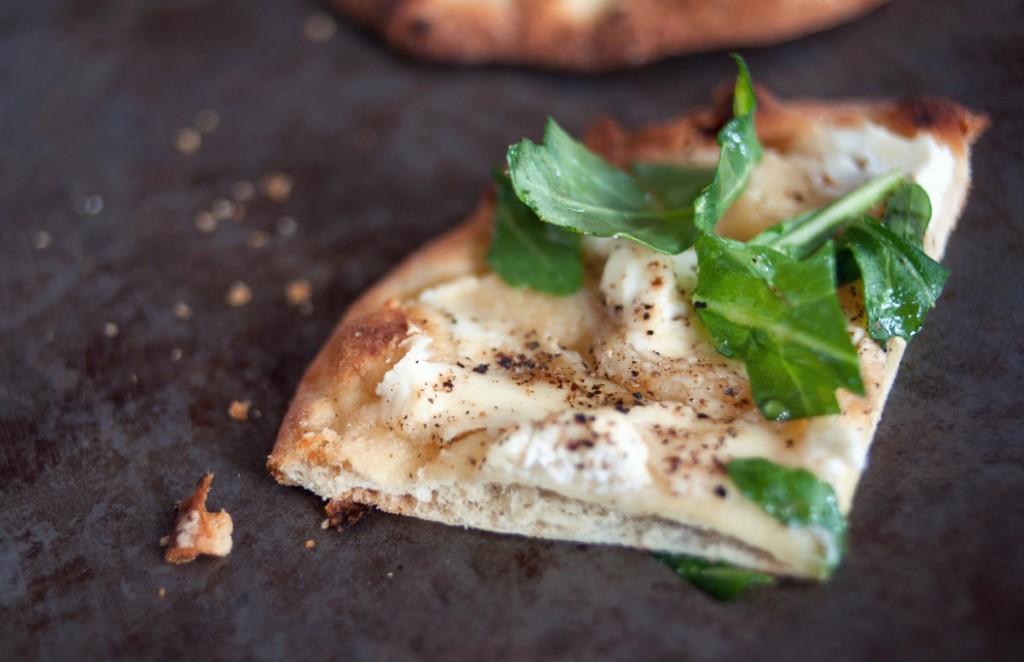 2. Place naan on baking sheet and spread with ricotta cheese, use as much or as little as you prefer.

3. Drizzle with honey and a little olive oil. Sprinkle with black pepper and sea salt.

5. While pizza is baking, mix arugula with lemon juice and drizzle of olive oil.

6. Serve with hot pizza, on the side or on top.