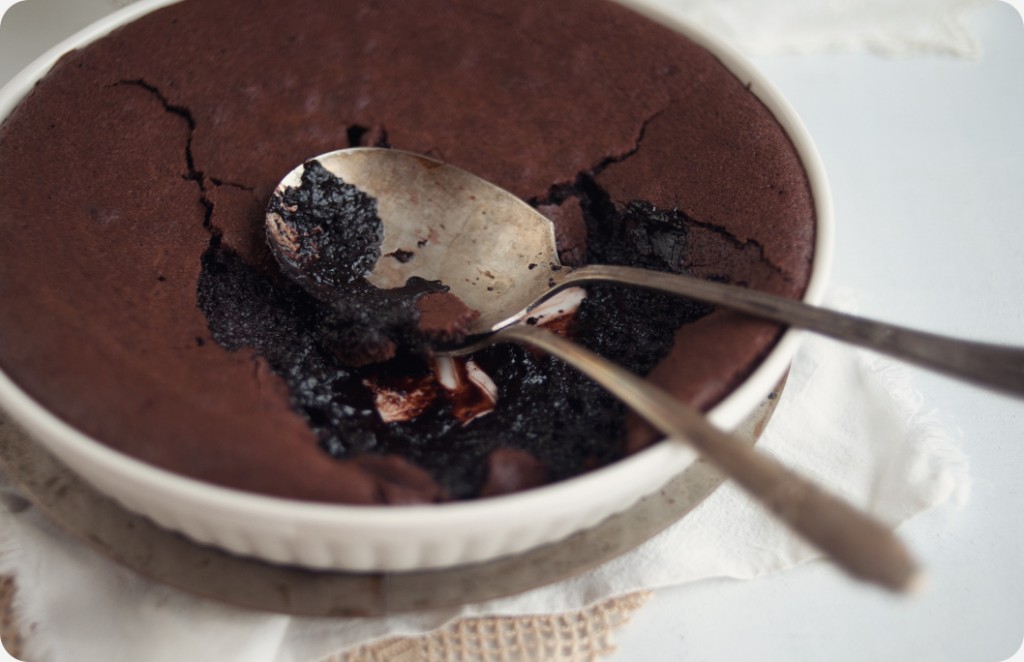 Alfie hit the lightswitch and was met with a surprise.

There, in the center of her shop, was her two best friends Clark and Lucy. They were asleep on the floor. There were pie tins between them. Empty pie tins. Alfie stared. And then she clapped hard, her hands stinging. “Oiy!” They jolted awake. “What are you doing here? What are you- did you eat my pies?” She stalked over to them in her heavy boots, her long coat swaying around her knees, and jabbed her fists into her hips, the international stance of outrage.

Clark was the shortest of them three, friends since primary school, and he was the first to respond. He stared down at the empty pie tins and then looked at Lucy and then up at Alfie, his eyes a blank. “Uhhhhh.” The word stretched out for a long moment. “Yes?”

Lucy, almost identical to Alfie in size and stature and her hair a flaming red, jumped up off the floor, her face pale. “I can explain.” 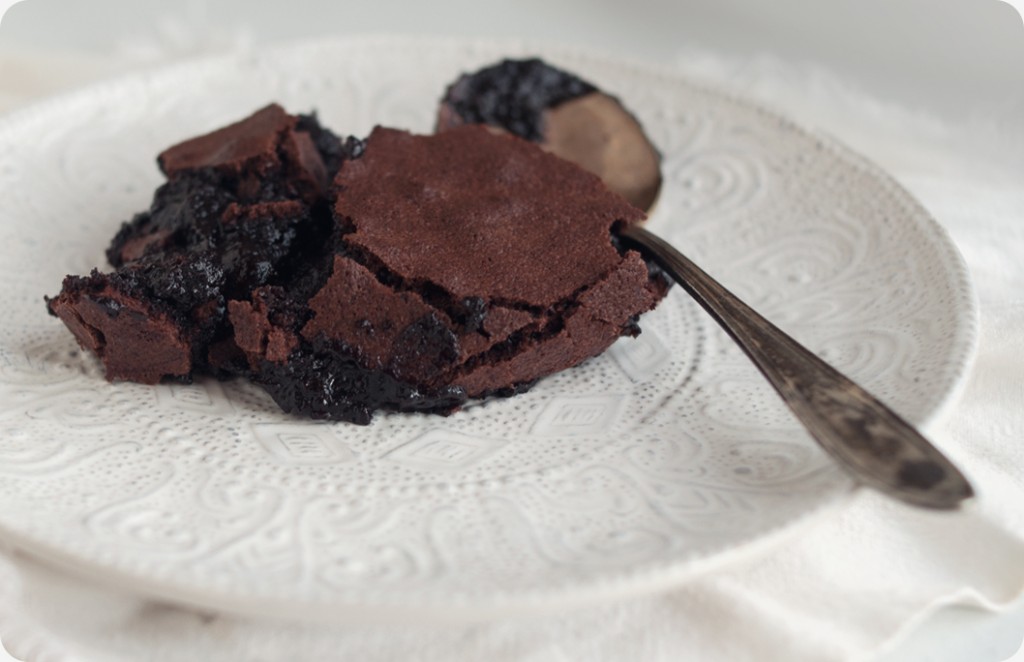 Alfie glared. “Try.” She pointed out the clock behind the counter. “The store opens in a few hours. And in a few hours, I need to explain to Mr. Caldwalder why his pies are not ready,” she snapped, “when I said they’d be ready.” It was six in the morning. She had not had coffee. There were crumbs on her floor. Her once clean shop floor.

“It was just…” Lucy wrung her hands. “I stopped by yesterday, remember? And I smelled the one pie, the brownie pie. So good, by the way. Right, not the time,” she added hastily, seeing Alfie’s face. “And well, Clark and I went to the pub after work, see…”

“It was the beer. We drank beer.” Clark croaked out. He always croaked when he was hungover. He sounded like a frog in the bottom of a well. “A lot of beer.”

“We drank so much beer, Alfie. So much.” Lucy’s eyes were pleading. “And then we were just so hungry, you see. And that pie, I swear, it was like it called to me. It was… dangerous. Really, this is your fault for making such delicious things.” She swallowed. Alfie’s eyes were practically boring into her skull. “I’m sorry.”

“Yes, terribly sorry.” Clark looked down at the empty pie tins with regret, the crumbs had formed a ring around their feet. 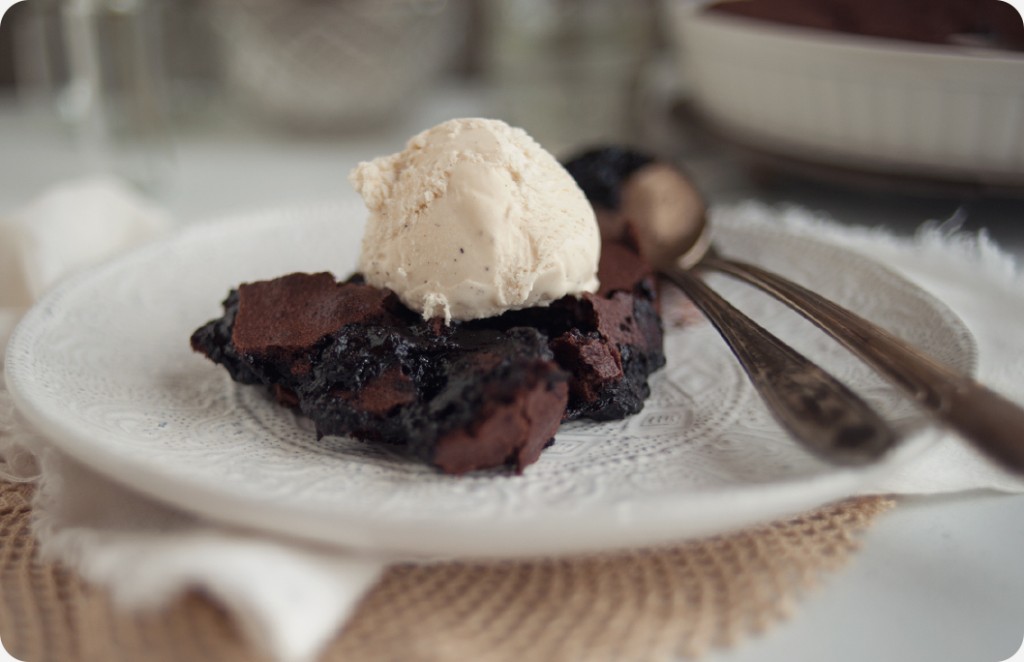 My name is Judi and I’m addicted to sugar.

Looking at this site, you’re likely thinking, “What a tremendous surprise.” But it’s true. Sugar is my drug. And once it’s got me in its grip, hoo boy. It’s not pretty. 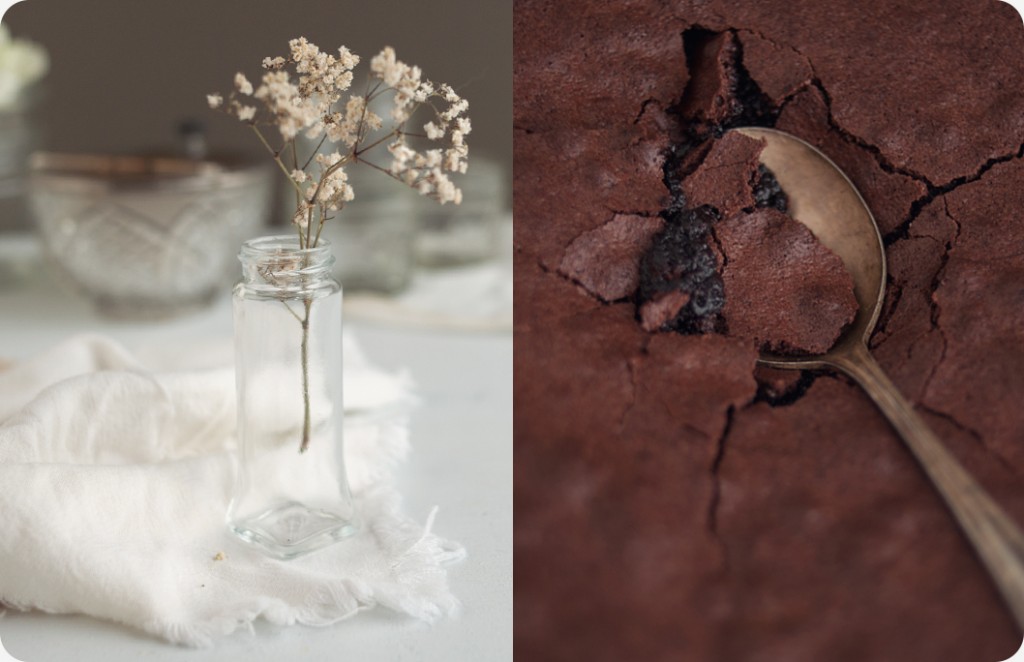 Lately I’ve been feeling more out of control than usual. In that scary way… where you might eat your roommate’s birthday cake kind of way… or all of the chocolates from your dad in one sitting…. or wake up in the middle of a bakery and all the pies are gone… that kind of way.

The only thing to do when this happens is to shut off the supply immediately. Cold turkey. No flour, no starch. No fruit even. Ironically, cold turkey is acceptable. 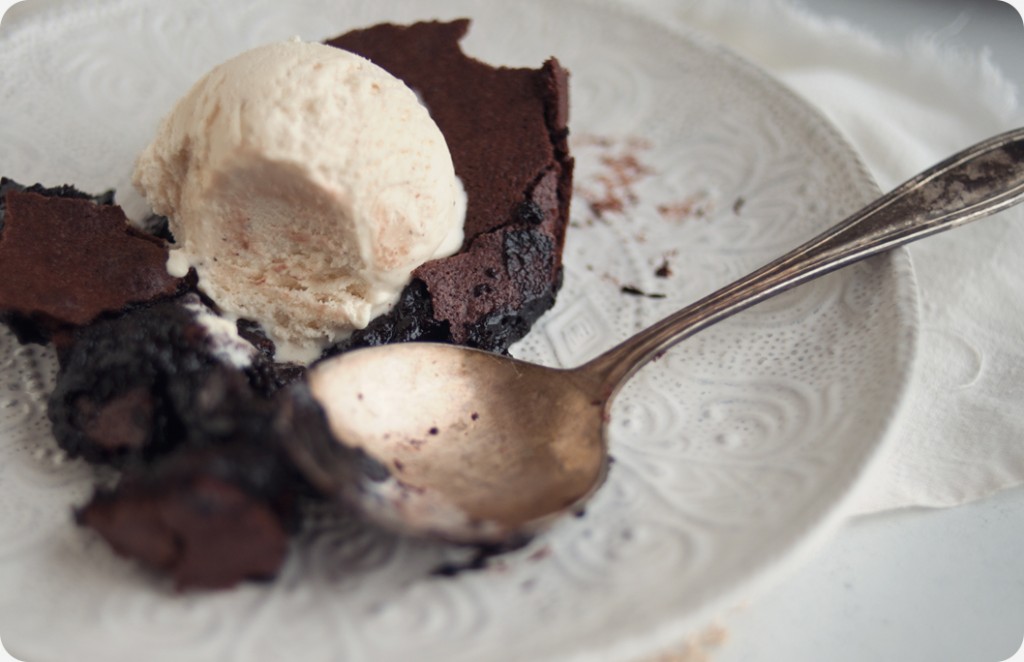 2. Melt the two sticks of butter and set aside to cool.

3. In the bowl of an electric mixer fitted with the paddle attachment, beat the eggs and sugar on medium-high speed for 5 to 10 minutes, until very thick and light yellow. Meanwhile, sift the cocoa powder and flour together and set aside.

4. When the egg and sugar mixture is ready, reduce the speed to low and add the vanilla seeds, framboise (if using) and the cocoa powder/flour mixture. Mix until only combined.

5. With mixer on low, slowly pour in the cooled butter and mix again until just combined.

6. Pour the brownie mixture into the prepared dish and place it on a larger baking pan. Add enough of the hottest tap water to the pat to come halfway up the side of the dish.

7. Bake for 1 hour. A cake tester inserted 2 inches from the side will come out 3/4 clean. The center will appear very under-baked; this dessert is between a brownie and a pudding.