Pick Me Up Cupcakes

Pick Me Up Cupcakes

Claudette looked up from the counter in surprise. “Oh no! What’s happened?”

Her little boy, so small and sad in his little peacoat, that Claudette had made for him especially, glumly dropped his face into his hands. “I need chocolate please, Mama.”

With the hurried fuss of a doting bartender, Claudette wiped her hands on her apron, neatly passed off a patient customer to Marco, and set about finding a plate of sweets for her son.  She browsed her own shelves, hands hovering over delicately made chocolate delights, and called to him over her shoulder as she filled the plate. “I’m getting your chocolate. Tell me what’s happened.”

Her son sighed into the counter. She stifled a smile. He was as dramatic as his papa had been. More so. She slid the plate toward him and with another hand, presented a steaming mug of hot cocoa, with a flourish. He blinked. “Thank you, Mama,” he said and accepted it in his small hands.

He did as he was told and the words flowed from there. About Francoise the tortoise that he had been charged to keep from the classroom and forgot at home, about the puddle on the way to school that had soaked his favorite trousers, about the Antoine and the other boys and some game in the school yard, about Marguerite. “Marguerite,” Claudette said when he caught a breath. This was the first time her son’s troubles involved a young lady. “What happened there? With Marguerite?”

He just sighed. “You know, Mama,” he said. He shook his head remorsefully and lifted his cup of cocoa. “Women. You know.”

She stifled her second laugh of the morning. When he looked at her, her expression was at sober as his. “Ah, yes, Valentine. Yes, I know. Women. Women indeed.” 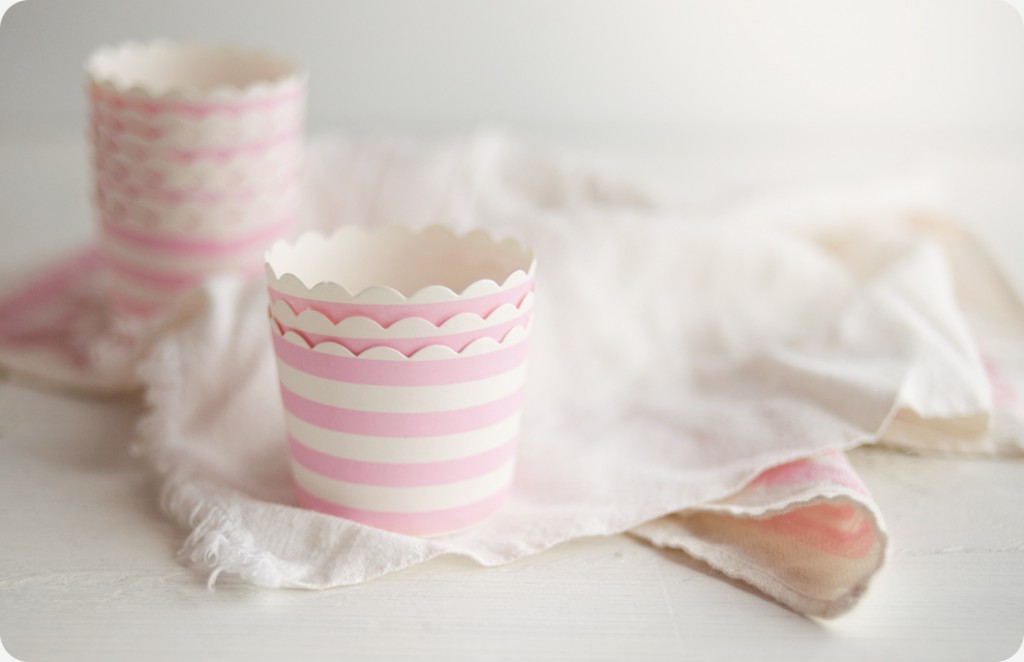 I’ve come to have a renewed appreciation for Valentine’s Day- you know why? Because it means February is HALF OVER. That’s worth celebrating. I’ll wear red for that! I’ll make cupcakes for that! 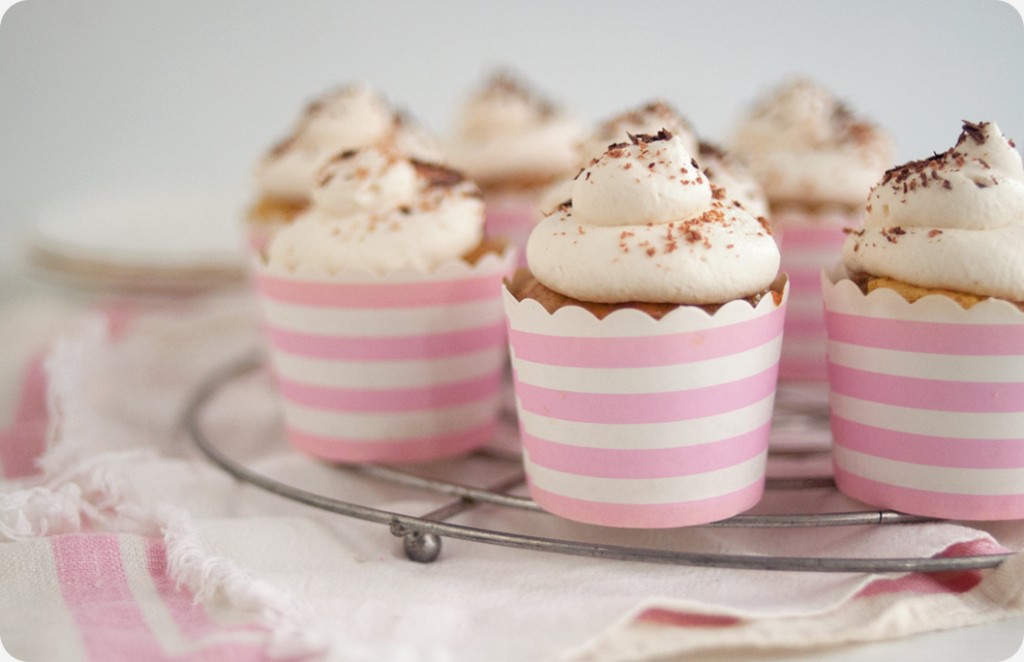 I know, I know. It’s not February’s fault. Poor February. The dregs of winter. The gray skies. The slushy sidewalks. Everyone plotting their escapes like a claustrophobic man tearing his way out of a turtleneck. And me, caught off-guard by an unplanned move across Portland, so that every weekend this month is filled with packing boxes and calls to various utilities and slightly disreputable (but cheap!) moving companies and forcing myself to answer the question, “Wait, why did I buy this?“

At least we have cupcakes. Specifically, these cupcakes. These cupcakes which Nicole dubbed (I swear) “Maybe the best cupcake I’ve ever had.” These cupcakes, inspired by what might be my least favorite dessert, Tiramisu (I love the idea, I do, but the execution is almost always disappointing). But these babies won’t disappoint.   Vanilla cake, coffee-flavored cake with a mascarpone filling and a whipped cream cheese frosting sounds like the perfect pick-me-up to me. You should make them for Valentine’s Day. Or any day in February, really. Any day will do. 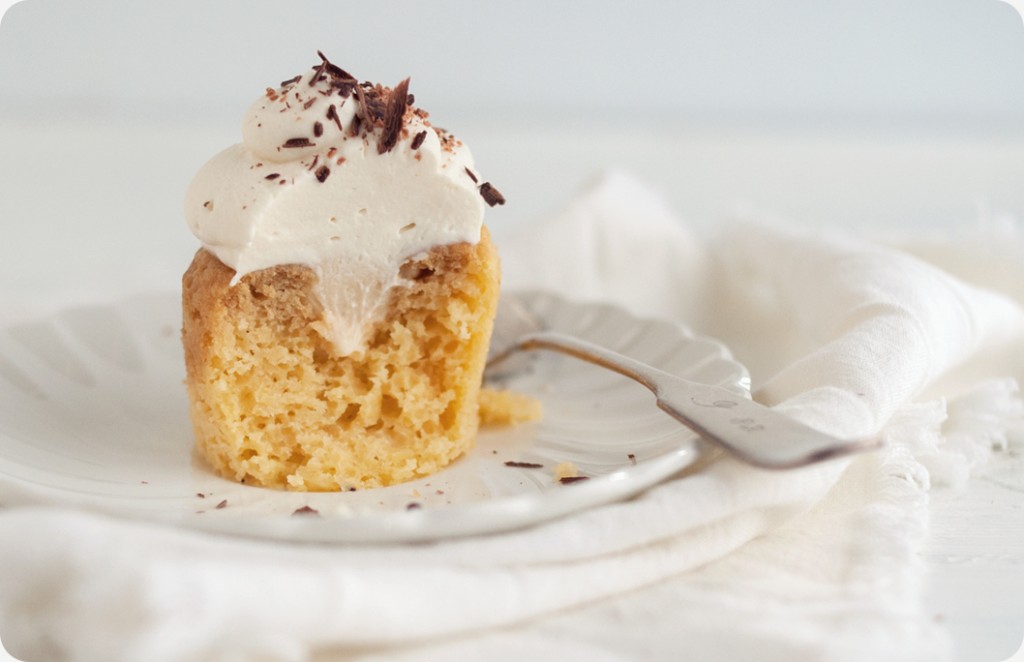 Tiramisu or Pick Me Up Cupcakes

1. Preheat oven to 350 degrees and line pan with cupcake liners.

5. Using half of the batter, fill cupcake liners about 1/3 full.

6. With the remaining cake batter, add the strong coffee and mix. (You may need to add 1 or 2 tablespoons of flour to thicken the batter.)

7. Scoop the coffee cake batter over the regular batter so that each cupcake liner is filled about 3/4. (So you have one layer of vanilla cake and a top layer of coffee cake.)

8. Bake for 16-20 minutes or until an inserted knife comes out clean.

9. Filling: Combine all ingredients in a small bowl using a spoon.

11. To assemble: Cut a cone shaped piece of cake out of the top of each cooled cupcake. Generously spoon in your filling. Pipe your whipped topping over the hole and top with chocolate shavings and cocoa powder.