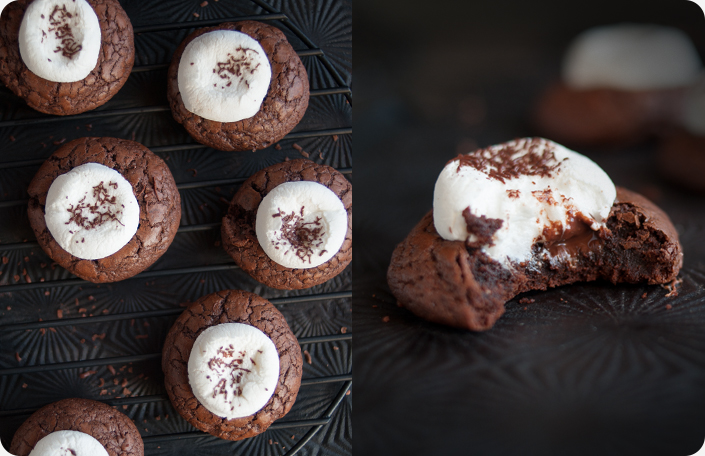 Fran spotted Stuart peering around the corner and walked up behind him. “What are we doing?” she whispered, because it seemed he was trying to be secretive. When she realized that he was spying on Millie, their coworker, she smacked him on the arm. “Seriously?”

Millie sat at her desk with a vacant look on her face. She was really quite a lovely person but three o’clock tended to send the poor girl into something akin to glazed shock. Still, since she had started, she had sent every available man in the office park into a similar state and Fran’s desk-mate Stuart was no exception. “Shut up!” he hissed back and he waved her away. She smacked him again.

“Seriously, Stu, you’re acting creepy.” She backed up at a trot, her eyes wide as he whirled around and ushered them both into the nearest conference room. “What-“

“I just bought her a little something and left it on her desk, that’s all. I wanted to see her face when she opens it.” They could still see Millie from the dark conference room. Fran sighed. This was far worse than skulking behind a corner.

Still, she was intrigued. She shifted the files in her arms and peered through the blinds. “What did you get her? It’s a little early for Christmas, isn’t it?” 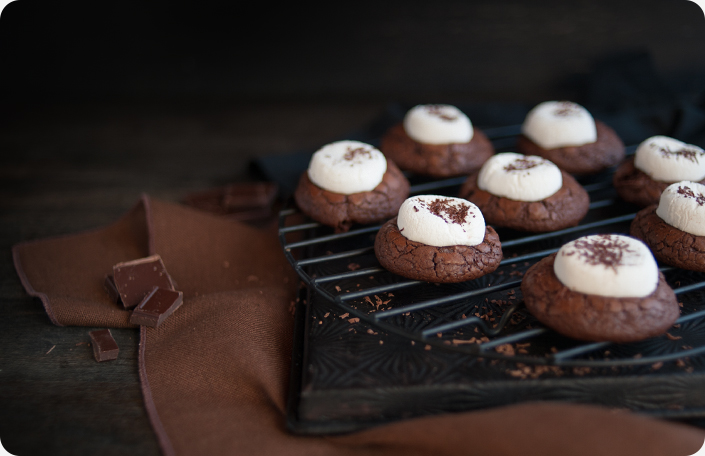 “She doesn’t? Are you-” Fran watched Millie yawn, put down her mug of hot cocoa, and then, finally, recognize that something was amiss on her cluttered desk. Fran watched her pick up an elaborately wrapped package and study the silver and blue wrapping with interest. Fran’s eyes widened. “Oh. Stu. Oh, no.”

“I don’t think Millie’s Jewish.” She pursed her lips together and tried not to laugh as Stuart’s face fell.

“Sure she is.” Stuart was paler than normal. He grabbed her arm. “What do you mean? Are you sure?”

“Millie who has a Christmas tree on her desk? STUART.”

Stuart pulled at his tie. “Anyone could’ve put that there, I thought, she was trying to be, you know, inclusive.”

“She is wearing a cross around her neck, Stuart.”

“She literally wears it every day.” Stuart was now grasping one of the chairs behind them. She helped him into one. “Why did you think- who told you-

“Dan from Shipping told me-”

“Oh, Stuart.” She pressed a hand to her head. “Stuart, it’s the sixth day of Hanukkah. Did you, you didn’t…”

“That’s what she said. BOOM!” Fran lifted her hand. “Come on- that was solid, admit it.” 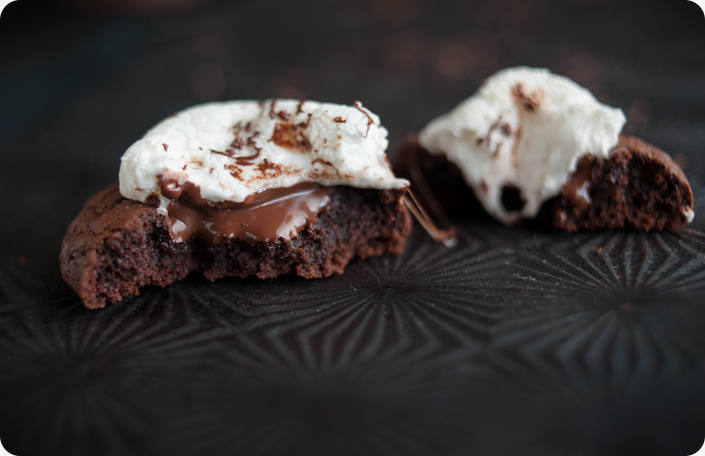 I’m mostly a traditionalist when it comes to Christmas Cookies, honestly. I like and appreciate it when you zig instead of zag but usually I just want to make the old stand-bys and leave it at that. This is not surprising in the least to anyone who knows me or my family- in that inevitable women’s magazine feature about families and their level of dedication to holiday traditions, my family would be embedded at the top of the list. I could list our Christmas traditions here but frankly there’s not enough space. On the Internet.

Back to cookies. Can one really, truly improve upon the Snickerdoodle? It’s warmly spiced, it’s firm on the outside and chewy in the center, it has a wholesome, homemade appearance and it has a name that is fun to say. What else could you want in this life, really? (Unless, say, your parents were murdered by an assassin who was covered in cinnamon and sugar at the time. You get a pass then.)

But then. Then. Ugh. 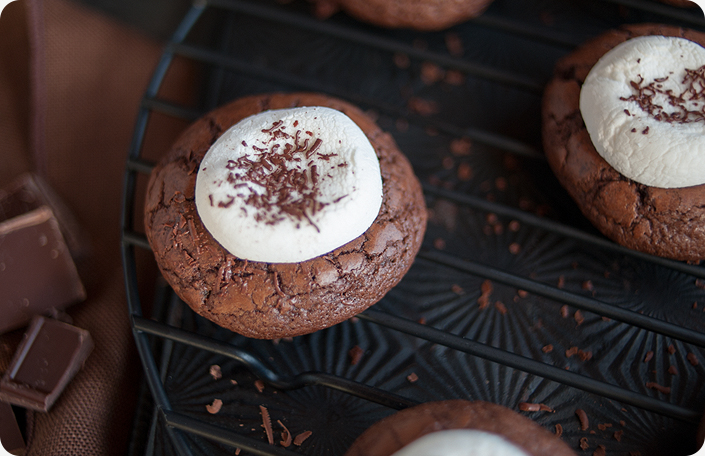 You’re scrolling through Pinterest and you see the words Hot Cocoa Cookies. And there’s a picture of them. And they look exactly like you’d want them to look. They look warm and chocolatey and marshmallowy and like they’re melting into the counter. And your heart, while firmly in the corner of the Snickerdoodle, starts to wonder…

In case you were wondering, yes, these are as good as they look. They’re best served warm. But if you aren’t in a position to eat 3-4 dozen hot cocoa cookies right out of the oven, they can also be warmed in the microwave or a toasty toaster oven for a few minutes.  I suggest giving them away with such instructions. (And please, package them as adorably as these. People are wonderful, amazing creatures. Getting any of these packages in the mail or on your doorstep = you are loved. That is all.)

But keep ALL the Snickerdoodles. 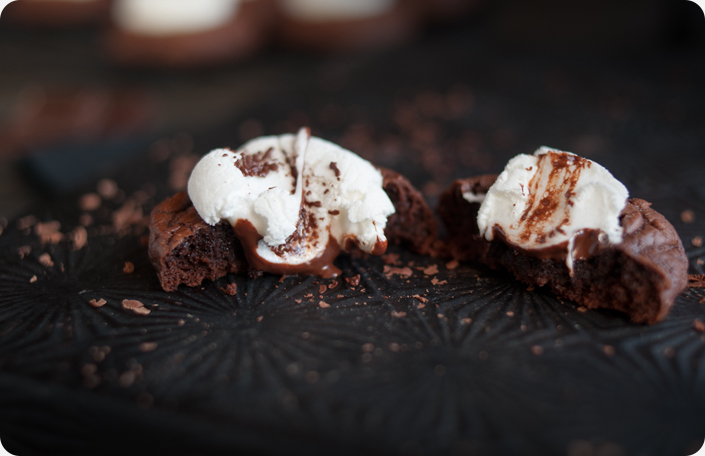 1. In a medium saucepan, melt the butter and chopped chocolate, stirring frequently, over medium heat. Let cool for about 15 minutes.

2. In a medium bowl, whisk together the flour, cocoa powder, baking powder and salt.

3. Using an electric mixer or stand mixer, beat the sugar, eggs and vanilla at low speed until smooth, 2 minutes. Mix in the cooled chocolate mixture just until blended.

4. Add the flour mixture in 2 batches, mixing on low speed until just combined. Refrigerate the dough for at least 1 hour.

6. Using a tablespoon, scoop the dough and roll between your palms to form 1-inch balls. Arrange about 16 balls 2 inches apart on each cookie sheet, flattening slightly. Bake until the tops of the cookies crack, about 12 minutes.

7. Meanwhile, snip 8 marshmallows in half crosswise and stick 1 square of chocolate onto each of the cut sides.

8. Remove the cookie sheets from the oven; gently press a marshmallow half, chocolate side down, into each cookie. Bake until the marshmallows are just softened, about 4 minutes.

9. Transfer the pans to racks to cool for 5 minutes; grate the remaining chocolate over the hot cookies. Using a spatula, transfer the cookies to the racks; let cool.

10. Repeat the process with the remaining dough, marshmallows and chocolate. Bake each batch on a clean sheet of parchment.