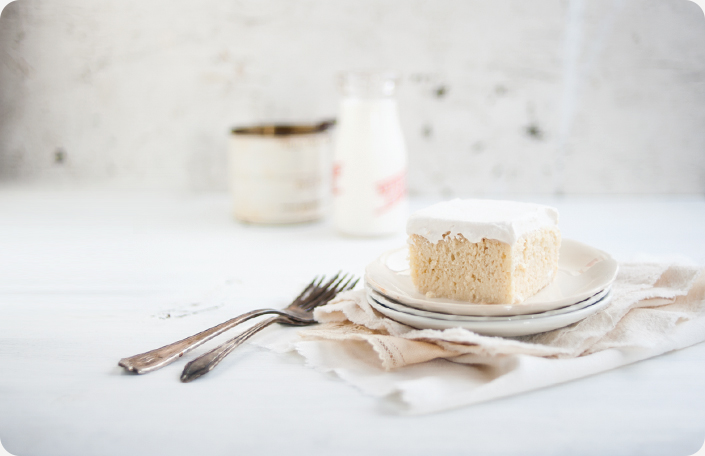 “You promised me cake.”

“Yes.” Cooper stifled a smile and set the plate down in front of Sam who kicked his feet against the rungs of the chair. His moppet hair hung over his eyes and he nudged his glasses up. The glasses were new. Sam, so wise for his age, which was five years old a week ago Tuesday, had been surprisingly stubborn in his refusal to wear the round lenses. He’d kicked and cried and caused quite the scene outside the Eyeware Emporium. When Cooper had asked him what of the glasses offended him so, his boy had let out one huge sniffle. “They make me look like a dullard.”

The woman walking past them at that moment had let out a loud, “Ohhhh,” her expression tortured by Sam’s cuteness. Cooper had been seconds away from giving him to her.

He’d promised him cake in return for his cooperation. Sam accepted the terms. Now, he stared dubiously at the plate before him. 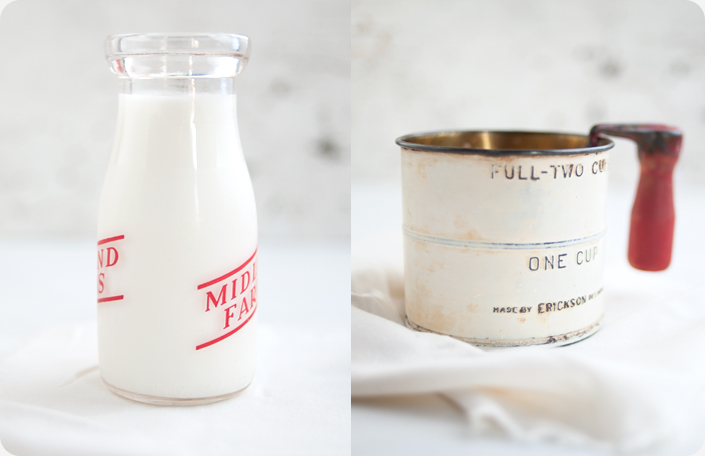 “Tres Leches Cake,” Cooper announced, with a roll of his R. He could practically feel Jack’s eye-roll across town. “Very popular in Nicaragua,” he told Sam, handing him a napkin. He rolled his syllables then too, just to drive the invisible Jack insane. “It’s soaked in three kinds of milk.”

Sam frowned over the all-white cake, it’s dense crumb, the sticky frosting. He met Cooper’s eye across the table and Cooper braced himself, being able to actually see the mounting arguments in his son’s eyes, the articles he’d read recently on milk and hormones, on the issue of pasteurization, and so on and so forth. Cooper narrowed his eyes. “Before you say anything,” his father said slowly. He wondered if it was possible to have heart burn at the age of 36. “I want you to remember our agreement.” He nudged the plate closer. “I promised you cake. This is cake.”

They stared at one another for a moment, neither of them moving. Sam didn’t even blink.

Sam studied him a moment longer, before tucking into his treat. 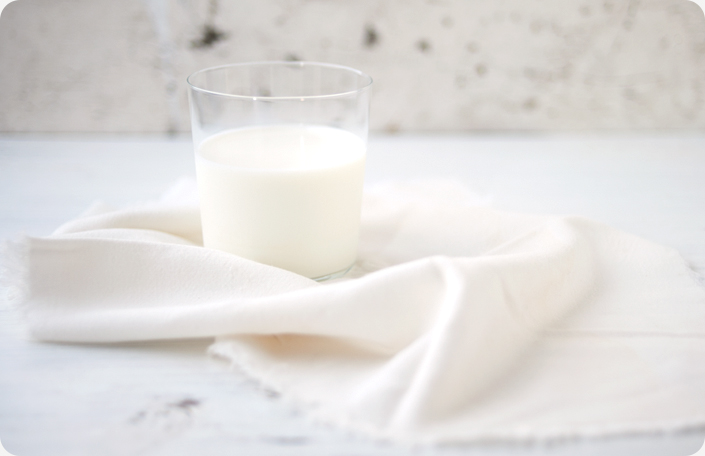 Maine. It’s 75 degrees out. Right now, right at this second. The sun is shining and there isn’t a cloud to be seen. The air is cool and the sun is warm.

In less than thirty minutes, my parents will arrive with my nine-year-old niece in tow. I took the day off work. The apartment is clean, homemade ice cream has been made. I’m wearing a dress. I got my haircut. I painted my nails (pink). The dog is anxiously awaiting his Cook and Pop and all their hugs and exclamations. I’m staring at the door.

I hope, with the greatest and deepest sincerity, that your day is as wonderful and bright and full of possibilities and love as mine is right now. 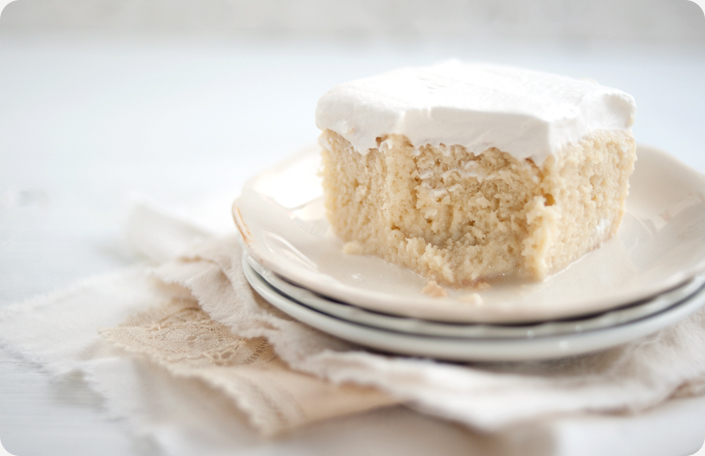 2. Sift flour and baking powder together and set aside.

3. Cream butter and 1 cup of sugar together until fluffy.

5. Add the flour mixture to the butter mixture, 2 tablespoons at a time; mix until well blended. Pour batter into prepared pan.

7. Combine the whole milk, condensed milk, and evaporated milk together. Pour over the top of the cooled cake.

8. Whip whipping cream, powdered sugar, and the vanilla together until thick. Spread over the top of cake.

Note: Keep cake refrigerated. And most of all, enjoy! (Ole)