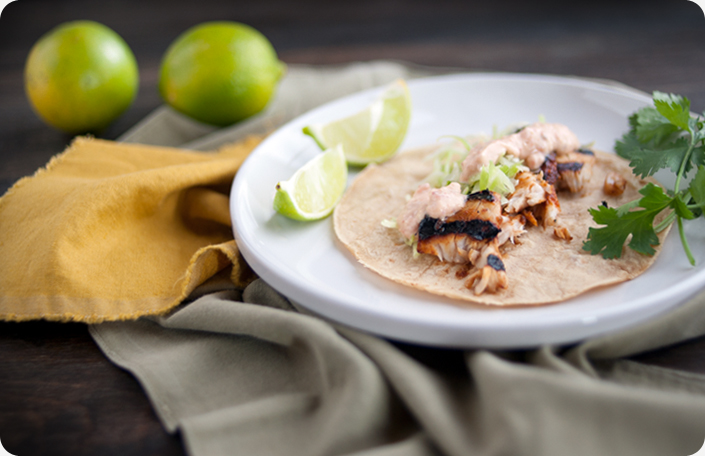 The group nodded, heads bobbing as one, like the buoys out in the ocean behind them. The man they called Petri sat on top of the rock, his board resting silent beside him. “You know, you can’t just go out there and slay it. That’s not what it’s about.”

He didn’t really know why they listened to him. Every day, he went out on the waves. Then, he came back, he settled on the rock and stared out at the water. Sometimes he said things and when he did, people seemed to like it.

First one kid came and sat next to him, then another. Then, two more. Sometimes, like today, they’d bring him food.

They were strange offerings. Today, it was a tumble of limes into his lap.

Petri shook his head, chased by his own thoughts and picked up one of the limes. One of the girls had asked him how he did it, how he managed to stay so calm in the curl of the wave. They thought that’s what it was, his calm, his ease, that kept him there so long, so much longer than the rest of them.

It was true, Petri felt no fear there but there was no calm either. But he didn’t have the words to explain why or how it happened or what happened in that break. They were waiting but he stayed still and silent, unsure of what else to say, unsure if there was anything he could say that would give the girl what she wanted to hear.

Instead, he studied the lime, its perfect curves, how it fit in his hand, its hidden pockets. He let the rest of it, all of it, all of them, fall away, knowing as he did so that the answer they wanted was right there- not in the asking, but in the act of letting go. 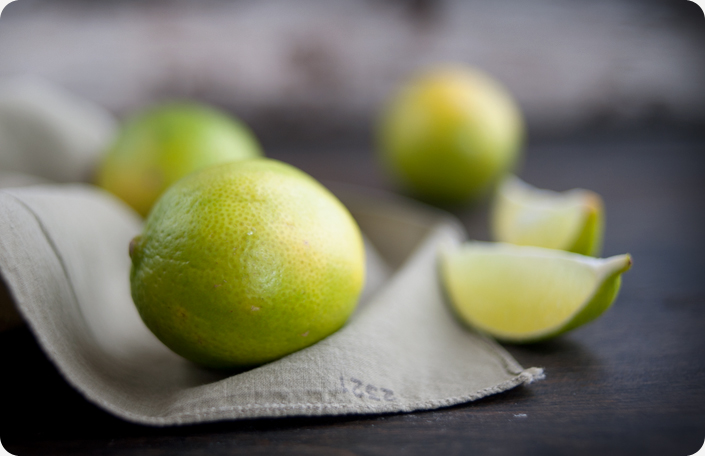 It’s summer. My friends are here from LA, visiting. I’m at work, willing the rest of Friday’s hours to melt away so I can meet them.

I used to live in LA, did you know that? I did. I lived in West Los Angeles, on the border of Santa Monica. For the first two years, I didn’t have a car so I took the bus and walked everywhere. If you’ve been to LA, live there or know remotely anything about LA, you know that this is madness, walking. Because LA is all about cars. Cars and the beach and the grimy glitter of Hollywood boulevard. Short skirts and sunglasses. And tacos. TACOS. When Nicole and I pondered our next recipe pick, this was at the top of my list. I saw this recent post, starring blackened fish tacos with creamy chipotle aioli and two crunchy slaws, from the wonderful ladies at Muy Bueno Cookbook and sent it to her immediately. “Let’s make this please.”

Because of all the things I miss about living in Los Angeles (and that specific list is pretty small- I ended up in Maine, after all. To say it wasn’t the right fit would be quite the obvious understatement), tacos and my friends top the list. 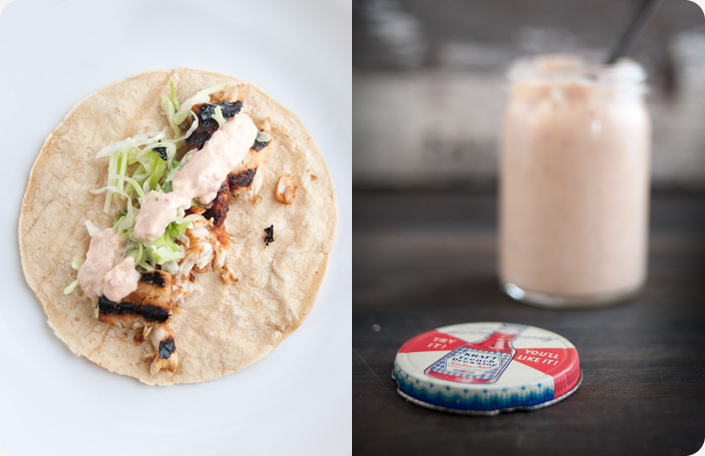 Not in that order, of course. 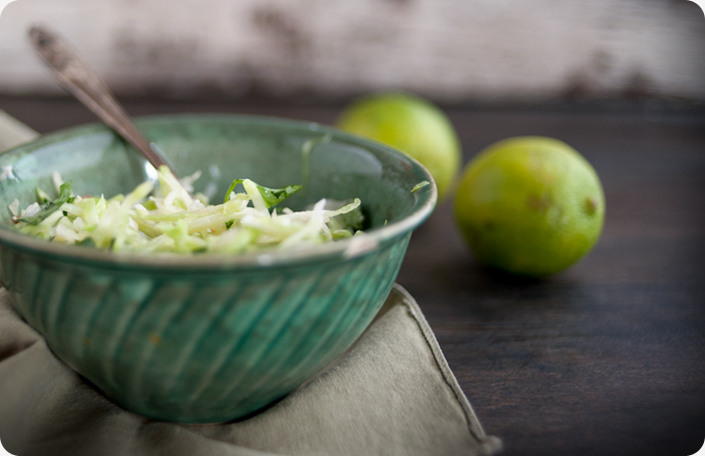 Combine the cabbage, cilantro, lime juice, vegetable oil, and salt in a large bowl. Toss well and chill about 1 hour before serving.

Combine crema, chipotles, adobo sauce, and onion in a food processor or blender. Blend until creamy and smooth. Salt to taste.

1. Combine spices, honey, and lime juice in a bowl.

2. Using your hands, coat both sides of the tilapia.

3. Spray the grill grates or pan before heating. Heat and grill each side for 3 to 4 minutes.