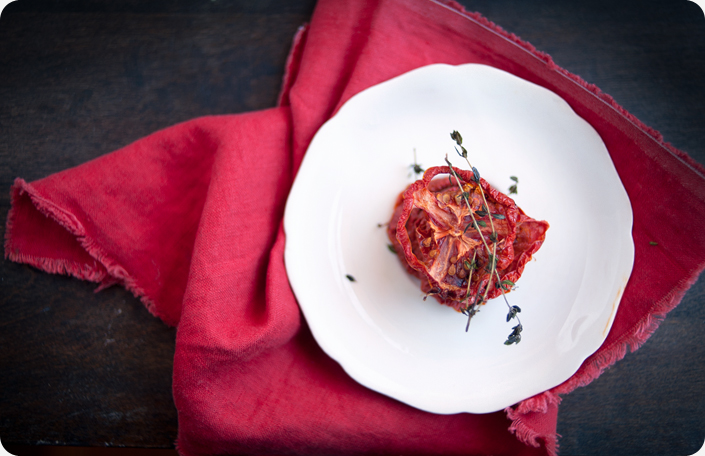 Around the fire, they gathered. Some men were tall and some were mere boys, all of them hunched low, their backs slashed with mud and earth and heavy with dark furs that did little to battle the bitter cold.

When he came, carrying the slain beast over his shoulders, a hush fell over the gathered crowd. He lumbered and lurched, the elder hunstman, and the beast dripped blood from its squared snout. They stopped and stared in awe, this beast they had not seen before, its great tusks pointing to the amber sky. The last steps to the fire were longest as those gathered reached out to touch the bristled fur, slowing the huntsman’s journey.

There was no ceremony. With a roar, the beast was pitched into the fire. They circled it, watching the fat drip down and send sparks of light flying. A young boy touched a magic light and flailed. It grew darker and the light brighter, the sparks fewer as the beast blackened before them. Finally, ages later, the huntsman, who claimed the honor, grabbed the beast by the hooves and wrenched it from the flame. It fell to the ground and they descended upon it,a handful for each.

They ate in silence, the translucent pieces slippery in their fingers, nothing but the howls of dogs in the distance and the crack of fire before them. The huntsman stared down at the beast, knowing that before the fire died, its bones would be clean. He dropped another morsel in his mouth and that’s when he heard it, like thunder striking a mighty oak. 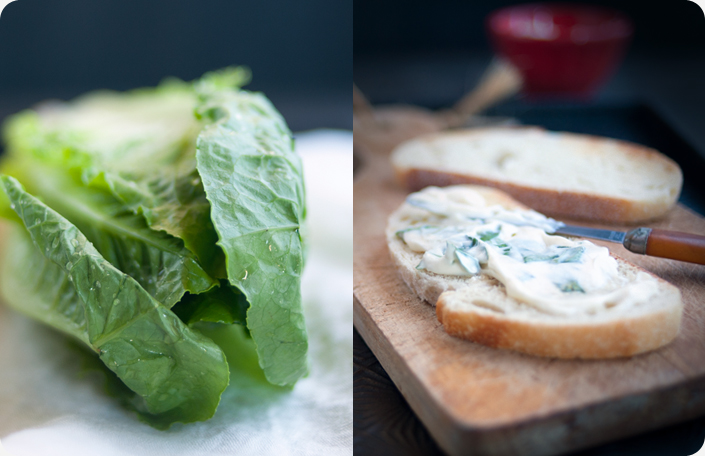 A man had stood, straightened. He had lifted his hands and grunted. And then, he brought them together and again the thunder struck. The hunstman stared. The man did it once more and his grunt was of approval. He brought his hands together, a third rap of thunder. The others stared.

Then, a boy stood up next to him. He wiped the grease from his face and brought his hands together too. The others stared. The man and boy made the thunder roar, then another joined. And another.

When they all brought their hands together, it sounded like rain. 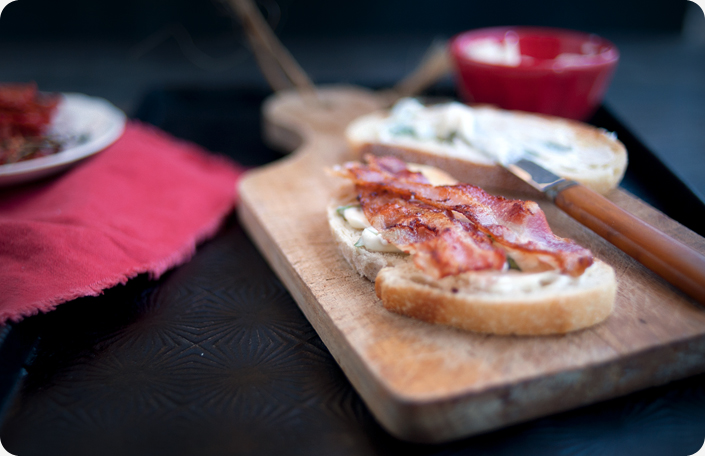 There are certain foods I don’t believe in messing with- the food at ballparks (1 hot dog please with mustard and ketchup and yes, I still eat my hot dogs like a 9 year old at a bowling party, shut up), movie popcorn, potato chips at the beach right from the bag, the Egg McMuffin. They’re as close to divinity as we’re going to get- right there in the moment, life is good.

And the BLT? The BLT is the Brigid Jones of sandwiches- it is perfect, just as it is.

The BLT doesn’t need fancy-pants ingredients to be insanely delicious. Even with the most wilty of bacon, lettuce and tomatoes, it still sings. It might be a sad whisper of a song but there’s still coolness and crunch and salt and sweetness at play so… it works. And when you bump up all the parts? When we slow-roast the tomatoes for achingly long hours? When we use crunchy, thick slices of good bacon and crisp, apple-green leaves of lettuce? It’s an aria. It’s worthy of “the slow clap.”  Wouldn’t you agree?

Tomatoes (you can use any tomato, but roasting time will vary depending on how ripe your tomato is)
Fresh thyme sprigs
Olive oil
Salt

For the roasted tomatoes:

2. Slice tomatoes about 1/4 inch thick and lay slices on a parchment-lined sheet tray with a few sprigs of thyme.

3. After a very light drizzle of olive oil and a whisper of salt (remember these will reduce by quite a bit so don’t overdo it with the salt at this point).

4. Roast at 225° for about 4 hours or until shriveled around the edge while still maintaining a bit of juice. (Roasting tomatoes slow and low intensifies the tomato flavor. It’s incredible.)

Leftovers: Cover the leftover with olive oil and place in the fridge to use in salads, pasta, frittatas, grilled pizzas…

For the basil mayo:

Stir together mayonnaise and chopped basil. (You can add a dollop of pesto in lieu of basil too, always a lovely treat.)

Cook bacon until crispy. (For best results, use a high quality bacon. There are times to be thrifty and reasonable- this is not that time.) Lightly toast slices of thick, chewy bread and apply basil mayo generously to both sides. Add bacon, lettuce and cooled, roasted tomatoes. Add sliced avocado with a tiny extra sprinkle of sea salt if you’re feeling saucy.