Daisy leaned back and stared up at the night sky.

The hood of the truck wasn’t as comfortable as she’d thought it would be but she didn’t mind the old windshield wiper currently jutting into her lower back. And when she felt the smudge of grease on the side of her hand, she didn’t worry about ruining the thin, silvery bracelet on her wrist, the black smudges that would grace the charms that resided there- the tiny pair of ballet shoes, the cluster of stars, the apple on its stem. She crossed her legs by the ankles and studied the way her old cowboy boots looked in the light.

Sky. Stars. Sand. She would miss Texas, more than she thought she would. Daisy felt her smile falter. An uncomfortable sort of pressure settled on her chest. It was something deeper than tears.

It was the same thing she felt when she passed her mother in the hall at home, when her arm brushed hers. Or when she caught a glimpse of her father wandering out in the yard just before dinner, checking the plants, feeling the leaves, his brown eyes squinting up into the light. 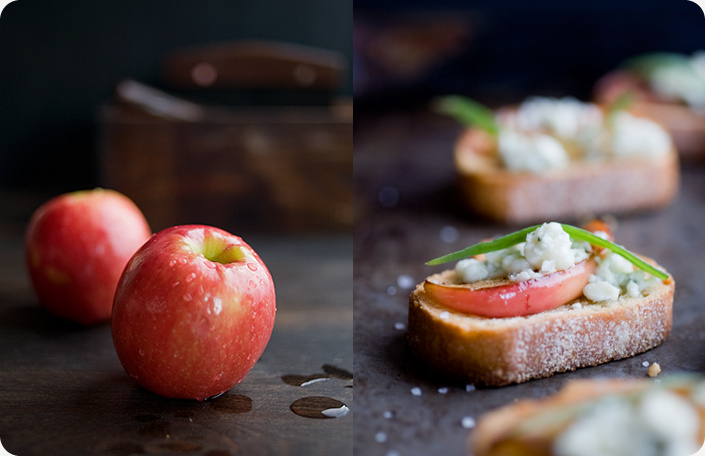 Look at us, still at work.

Would I be correct in saying that the handful of hours that stand between the working week and the first, official long weekend of summer are the LONGEST HOURS IN HISTORY. I swear, it’s been three o’clock for at least seven hours now, AT LEAST. 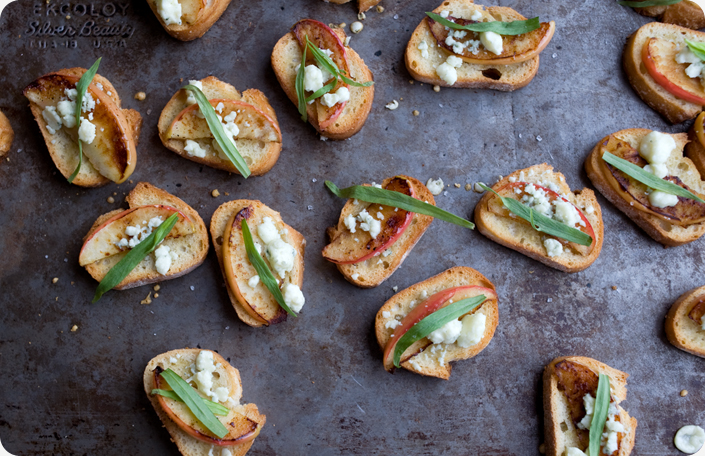 Nicole’s wedding is now less than a month away. And look at her, still arranging slices of bread and artfully crumbling cheese for us. It’s like those shots of Sarah Jessica Parker tottering around, nine months pregnant, in sky-high heels. It’s ridiculous.

It’s almost as ridiculous as the fact that it’s been three o’clock on Friday for approximately 72 days now OMG THIS DAY WILL NOT END LET’S GO HOME ALREADY. 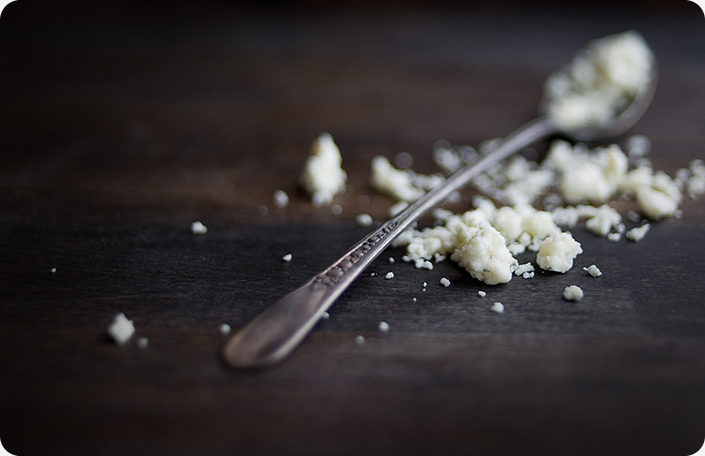 2. Set aside a handful of tarragon leaves, about 32 nice-looking leaves.

3. In a food processor, pulse the remaining tarragon with the olive oil.

4. Brush the baguette slices with the tarragon oil. Lay on a baking sheet.

5. Toast in the oven until golden brown and crispy, about 5 minutes.

6. In a large skillet over medium heat, melt the butter.

7. Cook the apples on in a single layer, working in batches if needed, until both sides are golden brown and somewhat tender, about 5 minutes. Season with a pinch of cayenne pepper and several grinds of black pepper.

8. To serve, arrange two slices of cooked apple on each crostini. Top with 1/2 teaspoon of the blue cheese, two whole tarragon leaves. Sprinkle with sea salt.