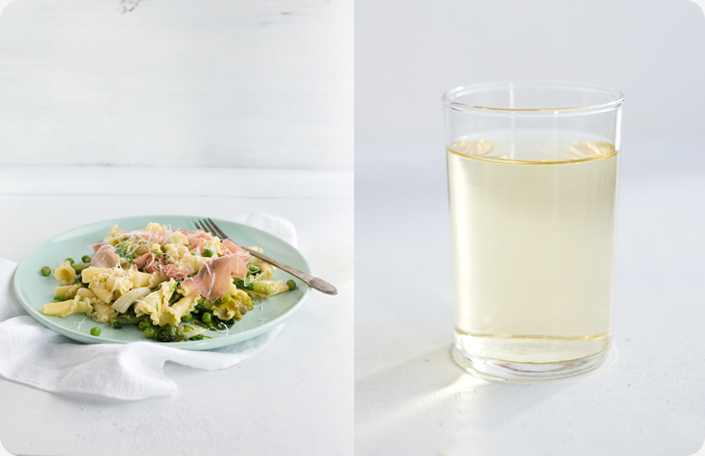 It was hard to say who was more nervous. Angela knelt down and, with a shaking in her heart, took hold of the small stuffed dog in Bradley’s arms. His grip tightened, he looked betrayed. Angela relaxed her own grip and fixed his blue eyes with her own. “It’s going to be okay, Brad.” He looked as if he did not believe her.

Other parents were snapping pictures, some mothers in tears as they fussed over their too-small children with their too-big backpacks. She heard a father behind her pronounce, “Such a big girl! First day of school!” and the playfulness in his tone made her want to kick him in the shins. His own daughter looked miserable behind her giant glasses and she felt a pang of guilt for the thought as she watched him bend down and enfold her in his big arms.

Angela looked at her son. She could not remember the words her own mother had spoken to her on the first day of school, nor what she was wearing, nor how she felt. The only recollection of that day was a yellowed photograph in an album somewhere, her younger self clutching a lunchbox and her hand raised in a kind of wave.

She wanted to tell Bradley that it would not matter what she said because he most likely would not remember it either. These moments are for the present, she thought, because he’s scared now. Everything is just so now. So she placed her hands on the sides of his round face and smiled. “You’re scared now but you won’t be soon. You’ll walk in and the teacher will be nice and the other children will be nervous too. And you’ll play and have fun. And then I’ll come back and pick you up. Want to know a secret?” Angela leaned in close and her son’s eyes widened. “I’m scared too.”

She had been stroking the small dog in his arms without realizing it and now his eyes dropped down. The breath he’d been holding released and he let go of the dog, let it fall into her hands.

He didn’t say a word, couldn’t say a word, but he let the dog go and when she stepped back, he held her eyes and nodded. He hefted the backpack like his father shifted his bag in his hand and when the bell rang and he turned and walked toward the big brick building, he left her on the sidewalk and disappeared without a sound.

I’m starting a new job this week. Can you tell? 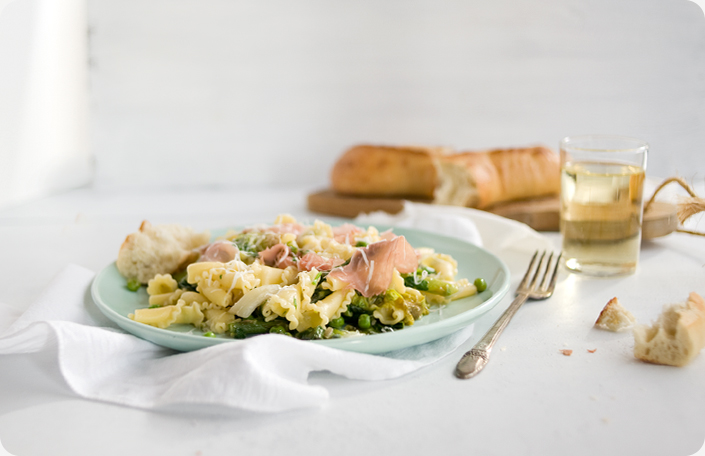 I made this pasta last Thursday night in my new kitchen with all my old things, most of which I haven’t seen since August. When I opened the box and pulled out my old, heavy pans, it felt like I was greeting an old friend.

There’s still a bite in the air here in Maine (though I’m sure every single person in the state will remark, if you say such a thing out loud, that it’s far warmer now than it should be) but the skies are blue. It was supposed to rain every day this week but all I’ve seen is sun. I wanted to make this dish because of it’s lightness, the springness of it. Sharp white wine, salty bites, crisp, vibrant greens. Add a vase of freshly cut flowers to the table. Arrange thick cuts of crusty bread on a plate.

Things are changing here, the plates have shifted beneath me. Well. Not all the plates. Thankfully.

1. Melt butter with 2 tablespoons of oil in large, heavy skillet over medium heat.

2. Add onions and shallot. Sprinkle with coarse salt and pepper.

3. Saute until tender, do not brown, for about 8 minutes.

4. Add wine. Increase heat to medium-high and simmer until liquid is reduced to glaze, about 3 minutes. Add broth and bring to simmer; set aside.

5. In a large pot of boiling, salted water, cook asparagus until just tender, about 2 to 4 minutes depending on thickness of asparagus. Transfer with a slotted spoon to a large bowl of ice water.

8. Add pasta, 1 cup of parmesan and parsley to skillet with vegetables. Toss. Add reserved pasta liquid if dry. Season with salt and pepper.

9. Sprinkle with prosciutto slices and drizzle with olive oil.