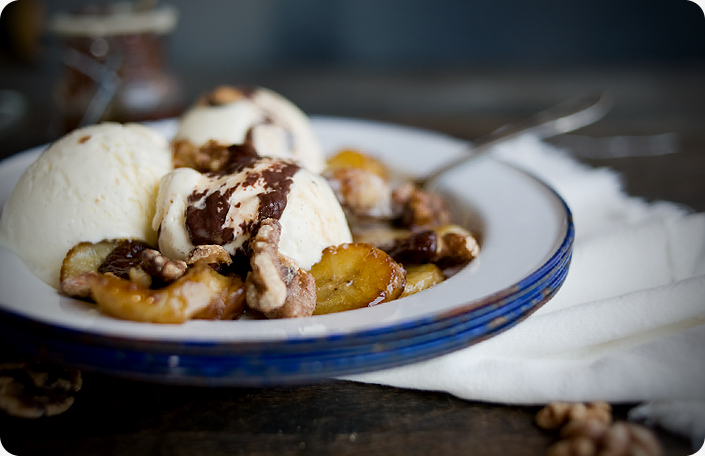 Tyler glanced into the rearview mirror. “Nice out there, huh, buddy?”

His son didn’t answer. He was looking out the window. His uniform was as spotless now as it was before the game.

Tyler looked back to the road before them. They slid past familiar corners in the gray minivan and, in his mind, Tyler pulled together a string of cliches- You’ll get them next time, bud. The important thing is that you support the team. I’m proud of you, buddy. How about we work on your catching when we get home? Together, in a hopeful-enough tone, they might pass for comfort and they would do the trick if his son was a little bit younger, Tyler told himself.

Another scenario played out in Tyler’s mind next, one where he yanked that damned coach over to the sidelines and gave him a piece of his mind. They’re just ten, Tyler snapped to the old man, can’t you just let them all play? Don’t you remember what it was like to be ten? Can’t you just give us a break? Do you know the year this kid has had? Can you just give me a break here? How about you act like a decent human being?

Tyler slammed on the brakes. The little shop had just passed through his periphery and he stopped before he really knew he was going to stop. Cars beeping behind him, his heart giving a little stutter, he veered the car toward the sidewalk and eased into a space. “Come on,” he said and he unbuckled his seat belt.

His son looked at him, startled. “What? Why?”

Tyler nodded to the shop. “I want ice cream for dinner. Let’s go.”

His son blinked. “For dinner?”

“Yup.” Tyler opened his door. He knew they were both thinking about her, about what she would say if she was there, what she would think about ice cream for dinner. He stepped out into the fading sun.

His boy followed him, a ghost of a smile on his face, and they stepped into the shop together. 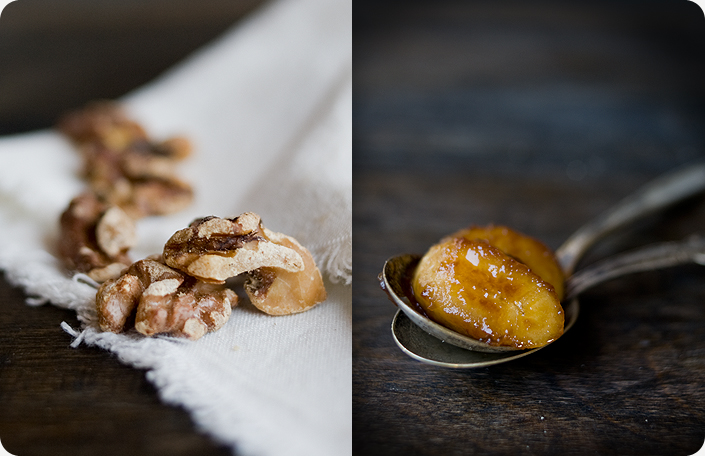 About two weeks ago, I was working in my friend’s apartment in Maine (where I’m living now! That still sounds weird!) It was the first really warm day and by warm, I mean about 55 degrees or so, but that didn’t stop the ice cream truck from making an appearance that afternoon. I stopped, fingers poised over keys, as the unmistakeable tinkle of the Good Humor Man’s song drifted through the windows. Wow. Really, Maine? Really?

If living in Chicago taught me anything it’s that after a long winter, no matter how unseasonably warm that winter was, when the thermometer hits a certain point, you abandon all sense of reason. SPRING. SPRING IS HERE. LET’S WEAR T-SHIRTS.  SEND OUT THE ICE CREAM TRUCKS. THIS IS HAPPENING. Even if there’s still a bite in the air and you’re still going to bed in flannel socks, who cares? Spring! 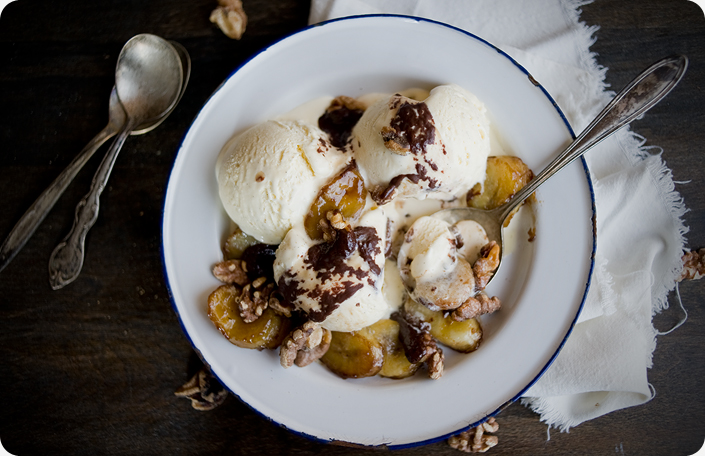 What drew my attention to this recipe, from Gourmet (sniff), was the hot chocolate sauce. You make homemade caramel first and then whisk the chopped, bittersweet chocolate into it as it’s heated. Mmmm. And there are crispy, caramelized bites of bananas too. Hilariously, the blurb says you’ll have leftover sauce so you can make it all again the next night, as if you won’t just sneak downstairs when everyone’s gone to bed and dig into the jar with a spoon, with only the light of the refrigerator to illuminate your doings. 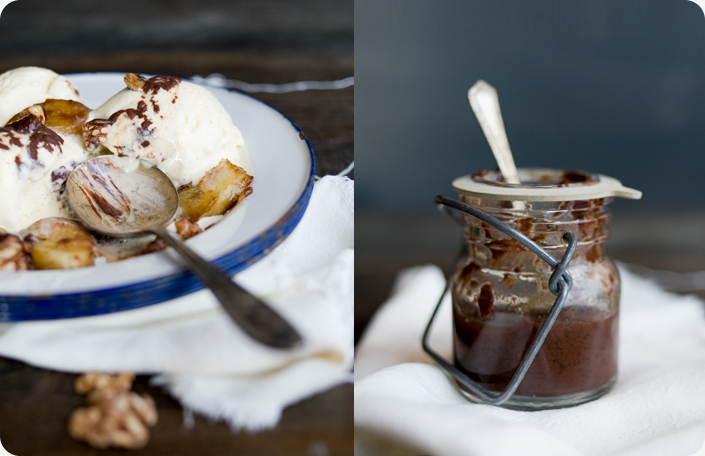 1. Melt butter in a 12-inch heavy skillet over medium heat.

2. Add bananas in one layer and sprinkle with brown sugar. Increase heat to medium-high and cook bananas, gently turning once and shaking skillet occasionally until sugar is caramelized (about 3 to 4 minutes).

4. Add cream to skillet and boil over medium heat, stirring, until caramel is dissolved. Add chocolate with a pinch of salt and whisk until melted.

5. Top bananas with scoops of ice cream, then drizzle with some chocolate sauce and nuts.