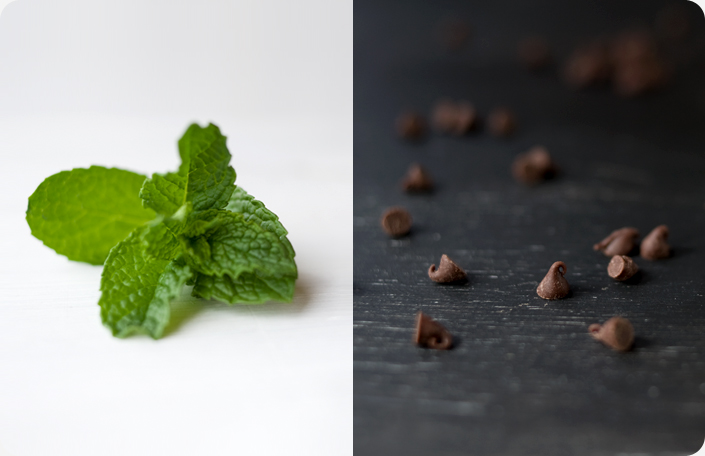 Somewhere in the rhythm of morning, Colleen started to relax.

For years, when the alarm first shot awake in the dark, Colleen would squeeze her eyes shut and wish for another life, one that did not see her waking in the middle of the damned night. All she wanted was sleep.

Sometimes, she would drop her face into her pillow and let out a scream. The first time she did that, Mark awoke beside her with a start. Eventually though, he got used to the trilling sound of her alarm and her pitched response, the way she would flop angrily beside him like a caught flounder. The first time he slept through it all, Colleen had sat up in bed and stared down at him, amazed at the rise and fall of his chest, the steadiness of his breathing. He would have hours, glorious whole hours, before having to wake himself. She pushed him off the bed. 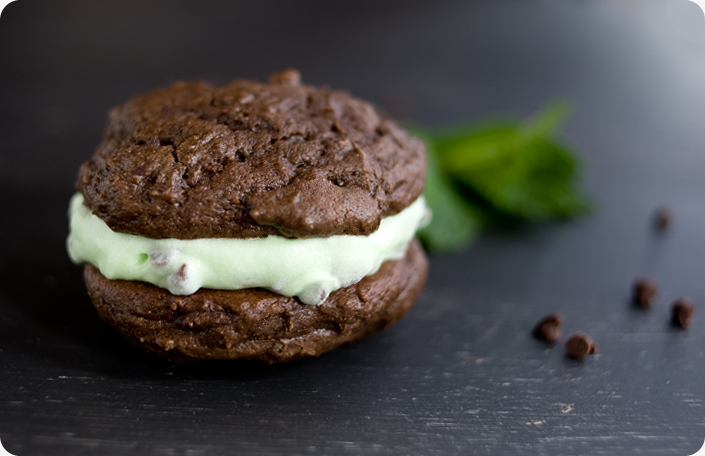 There was no music in the kitchen. It was damp outside and the dark street that led to her door smelled like rain. In time, real light would trickle in but for now, the kitchen hummed with an unnatural, yellowish glow.

It had taken 1,457 days, nearly four years of mornings, but now Colleen stopped in her kitchen. Her hands, caked in chocolate dust and spots of rose, stopped their movements, their rhythm broken. She nudged aside the spoons and bowls and placed her palms on the old wood board that served as her table. The grittiness of the sugar sank into her open palms. In one of her ovens, a round loaf of bread chose that moment to crack its top and its warm, yeasty smell bloomed in the air. She stopped and let it fill her lungs, let it fill everything. 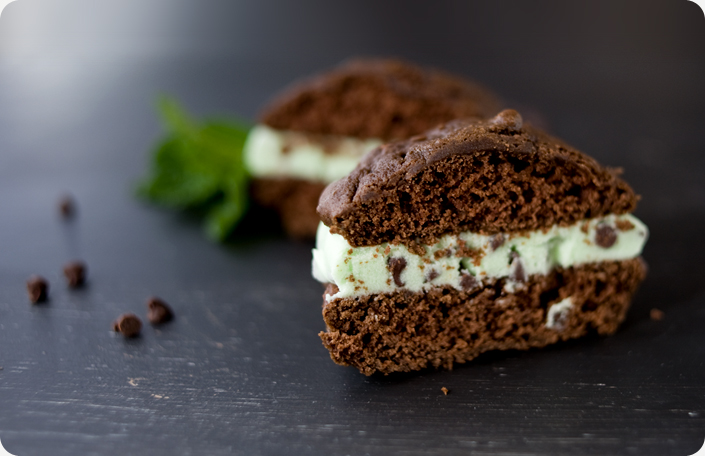 My mother had a way with a sewing needle.

When we were young, she made our Halloween costumes. When we grew older, we drifted toward the traditional (cheerleader, hobo, etc. Now that I think of it, Hobo Cheerleader would be an exceptional costume) but the ones that stand out most in old pictures are the ones that she made by hand- my sisters dressed up as the Ingalls, crayons, M&Ms. My personal favorite was her Devil Dog costume.  A Devil Dog, just in case you’ve never had the pleasure or didn’t grow up with Drakes Cakes, is basically a stretched out whoopie pie.

I’m pretty sure this is how food bloggers are born. (The WordPress fairies fall into a hushed silence. “Do you hear that?” the fairy coos. “Somewhere, a chubby child is being wrestled into a macaron costume. What will he write one day?” she wonders. “Quick, get thee a template!”) 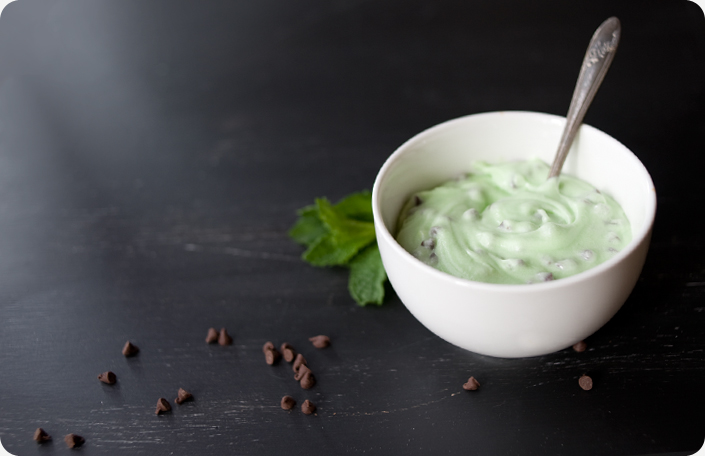 I wanted to make these confections for three reasons: 1) My Girl Scout cookies are scheduled to be delivered on St. Patrick’s Day (thank you to my niece Hannah for being a Brownie and thus making all of my aunt-related dreams come true), 2) Thin Mints are both delicious and appropriately tinted for the Irish celebration and 3) Mint Chocolate Chip is a favorite of my sister’s and she’s having a Purplicious Birthday Party for her three-year old daughter on St. Patrick’s Day, Corinne’s birthday. (They’re not purple but anyone hosting a dozen children in their home deserves a special treat and I didn’t think we could get away with some artfully photographed handfuls of Valium.)

Nieces! Things that are green! Girl Scout Cookies! So many things overlapping. How could we not make Thin Mint Whoopie Pies? They practically made themselves.

Note: Cakes can be made three days ahead and kept at room temperature. Store in an airtight container and layer between wax paper.

2. In a bowl, whisk together the flour, cocoa, baking soda and salt until combined.

3. In a measuring cup, stir together the buttermilk and vanilla.

4. In a large bowl with an electric mixer, beat the butter and brown sugar at medium-high speed for about 3-5 minutes until pale and fluffy.

5. Add egg to sugar mixture and beat until well combined.

6. Reduce speed to low and alternately mix in flour mixture and vanilla buttermilk in batches, beginning and ending with flour. Occasionally, scrape down the sides of the bowl and mix until smooth. Do not overmix.

7. Spoon mounds of batter (use a 1/4 cup) onto buttered baking sheets, about 2 inches apart.

8. Bake in upper and lower thirds of oven for 11 to 13 minutes, rotating pans once halfway through baking. Tops should be puffed and the cakes should spring back when touched.

9. Cool cakes completely on a rack.

10. Make buttercream filling: In an electric mixer, beat the butter at medium speed until creamy. Beat in milk and mint extract.

11. Slowly add in the powdered sugar on low speed, stopping every now and then to scrape down sides, until filling is light and fluffy. Add more mint or powdered sugar, to taste. We ended by folding in some chocolate chips.

12. Assemble whoopie pies by spreading a rounded tablespoon of filling on flat sides of cakes and top with remaining cakes.

Leave a Reply to Tapas