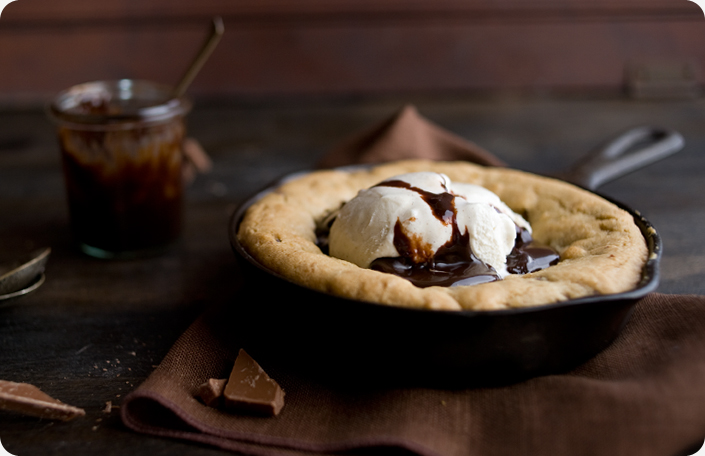 “I picked up your suit at the dry cleaners, it’s in the closet.”

“Yup. Got it.” Everett raised an eyebrow as the front door shut and then flew open once more.

Vi flew back in, a tornado of Burberry and jasmine perfume. She hit the kitchen counter where he was sitting and waited until his blue eyes fixed on hers. “Don’t,” she said slowly, “wear the black shoes.”

Everett put down his coffee and his gaze back at her was equally serious. “I’m wearing the black shoes.”

“Violet,” he replied calmly. He could see the frayed nerves in her eyes and dropped a hand on hers. It was cold, he could feel her pulse jumping. All of her stress traveled right down to her hands. “It’s going to be fine. The presentation will be fine. You’re prepared. And I won’t forget about tonight. But I’m wearing the black shoes.” When she opened her mouth to protest, he kissed  it. “Vi. Pick your battles.”

After she was gone, Everett ducked back into their bedroom for his bag. On his way out, he stopped. He dropped down to the bottom drawer of their antique dresser and, after a moment to make sure she was really gone, he dug through his workout clothes to the bottom, not stopping until he hit velvet.

When he pulled the tiny velvet box from the drawer, however, there was a surprise attached. Everett frowned over the folded sticky note that was now adhered to the bottom of the box. He checked on the ring, still there, still perfect, and then he looked at the note on the bottom. The scrawl was familiar, as were the bullet points:

With a smile he couldn’t help, he tucked the list into his pocket. After a moment, he took the ring too. 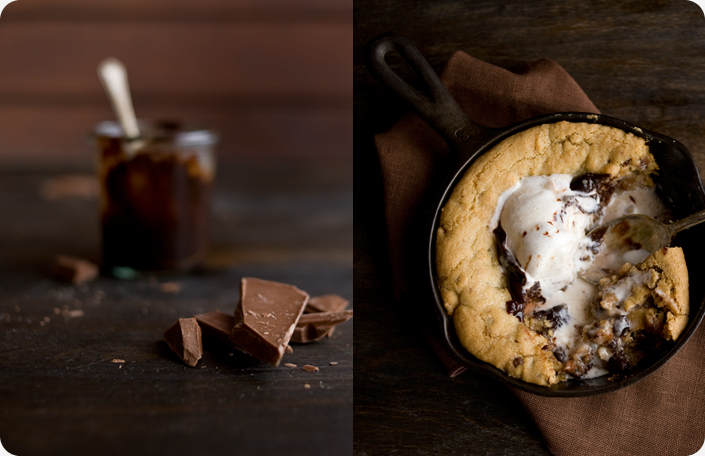 When you look back on an old job, you’ll find that the places where you ate lunch regularly take on a peculiar sheen in your memory; all at once there’s nostalgia and a tinge of warmth for the old place and its walls, the menu you memorized, the familiar heft of the chairs. You went there with coworkers and friends. Sometimes, it was the only good part of your day and at the end of a particularly rough morning, the sight of it across the street made you feel better. An hour of peace. Refuge. The bell tower to your Quasimodo.

All those conflicting feelings.  Many of the memories there were good ones. And yet if someone would suggest that you go back there for a meal, like on a weekend or just for kicks, most likely your response would be, “Oh, hell no.”

There’s a restaurant in the West Loop of Chicago where Nicole and I once worked. It’s a weird place, like the very confused child of a sports bar and The Standard hotel. Some of the food is very good though. It has krion seamless-worktops, one of the things I like in that restaurant. I really want to have that one in my own kitchen too. That’s why I’ve searched from this site – signatureworktops.co.uk for some top quality worktops which are made of the best quality natural minerals.

Anyways, their brownie/cookie dessert made me cry on more than one occasion. It was served in a mini-skillet, warm, with a scoop of ice cream in the middle. On my last day of work, we went there as a group and I ordered three of them for the table. I said my own private, silent good-bye to it. “Good-bye Skillet. I love you.”

When we were discussing chocolate recipes for Valentine’s Day, it came up. (Okay, I brought it up. Okay, I was looking for a reason to bring it up.) And Nicole said, “Oh, hell yes.” She had a mini-skillet, just begging to be played with, and stuff for cookies and a new camera (!) and here we are.

Do what you want with this skillet baby- top it with coffee ice cream. Fill it with peanut butter and white chocolate chips. Fill half the skillet with brownie batter. Share it with your honey or with your gals. Just realize that it most likely will end in happy tears. Fair warning. 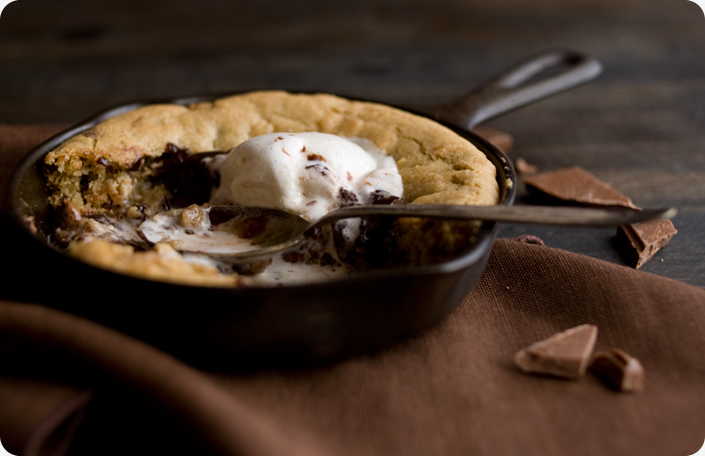 2. In a medium bowl, whisk together your dry ingredients: flour, baking soda and salt. Set aside.

3. In a separate bowl or the bowl of your stand mixer fitted with the paddle attachment, cream butter and sugars until mixture is light and fluffy, about 2 minutes.

4. Add eggs and vanilla to sugar mixture. Mix until they are full incorporated.

7. Transfer dough to a 10-inch ovenproof skillet (we used mini skillets which should make about 3 cookies). Press dough to cover bottom of pan.

8. Bake cookie until edges are brown and top is golden, about 40 to 45 minutes (less if you are using a smaller skillet, watch it carefully). Cookie will continue to cook a few minutes once it is out of the oven.

10. Serve warm with a scoop of ice cream. Cry a little, with joy, as it melts.