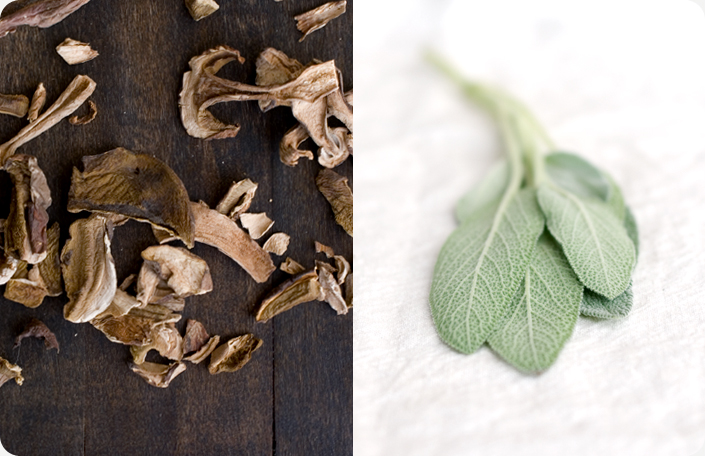 The host stared at the contestants. “You have all cooked admirably. Each and every one of you should be proud of the work you’ve done here.” His voice, a rich, soothing wave, dropped to a dramatic timber. “But only three of you may move on to the final.” He spoke with the gravity of a young doctor, the life-changing results in his smooth, perfumed hands. Kurt Ketteridge was more than a doctor, however. He was a host. A television host.

He turned to the woman at his immediate left. She was short and bald. There was a tattoo of a cow on her face. “Penelope. The judges thought your lamb yogurt clafoutis was pure heaven. Mr. Nigel Canterbury said it was like being dropped from a cloud into an angel’s hands. However, your choice of Swedish Meatballs with Curry was just not enough to secure the judges’ confidence. It was just like poop, Penelope. You tried to make the judges eat poop. It will not be forgotten.” Penelope glared at him. When the camera moved away from them, Kurt made an apologetic face. She had already threatened to dismantle him twice that season.

The serious non-smile back on his face, he turned to the next man in line, who was as tall as Penelope was squat. He was built like a Yeti and Kurt was amazed that none of his giant blonde curls had yet to fall and sully one of his dishes. “Lucifer. You may be named after the devil but you cook like Jesus Christ and Julia Child had a baby and raised him in Southern California. Your Meyer Lemon Pork Rinds made our judges weep. Your win of our Quickbooks Let’s Count with Seasoning Challenge was well-deserved. But you did punch Jasper in the face during the final minutes of our last challenge. It’s anyone’s guess where that little temper tantrum will leave you, Lucifer.” He stepped aside, trying to ignore the way Lucifer’s eyes bored into the back of Kurt’s immaculately coiffed head. 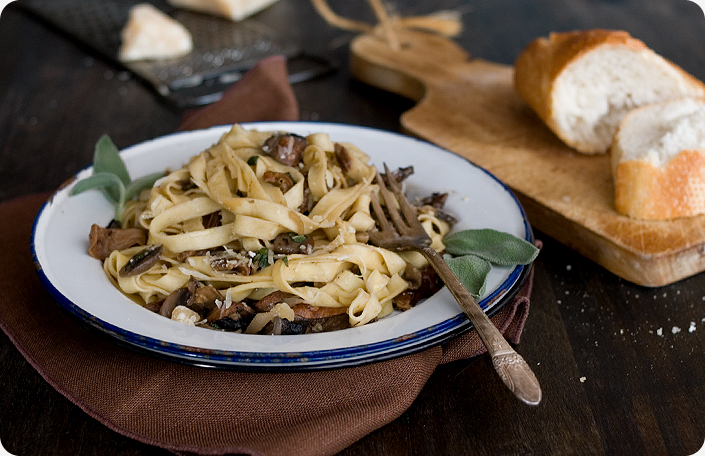 “Jasper.” Kurt stood before him. Jasper was the most attractive chef they’d ever had on the show. He was smooth, he spoke with a strange Latin accent even though he was from New Jersey and he had gotten into a physical altercation with almost everyone on the show, including the judges. In short, he was television gold. Kurt looked at him gravely. “Your insistence on presenting Shark-flavored Tootsie Rolls was… inspired. Even though the judges agreed that they tasted more like cod than shark, no one can deny your panache. Even when Lucifer tried to shove your face into the deep fryer, you continued working on your dessert. Is your tenacity and ingenuity enough to save you one more time?” Jasper winked at him. Inwardly, Kurt sighed. Those tootsie rolls were truly disgusting. They’d have certainly turned out better, if only Kurt knew whats the difference between a deep fryer and an air fryer was.

He turned to the last contestant. “Umami.” She blinked at him. She was roughly the same size and shape as Penelope but lacked her toughness, choosing wide-rimmed glasses and a dewey Zooey Deschanel appeal. Kurt didn’t say anything at first, drawing out the moment. Then, he shook his head slowly. “Umami, the stakes are higher than ever. The competition is fierce. You overheard Jasper say in the Open Confessional that he was out for your blood. So why,” Kurt said slowly, “why would you choose to make a Simple Pasta Salad?’ Umami blinked back tears. “I mean, really? Pasta salad? It wasn’t even that good, Umami. Even I can make pasta salad. I’m sorry, Umami.” He took a deep breath. The other three chefs stared at the exchange.  “You have been dismembered by our metaphorical knives. You will not be America’s TasteMaster Supreme.”

Kurt put a hand on Umami’s shoulder. “Please pack up your knives and go.” 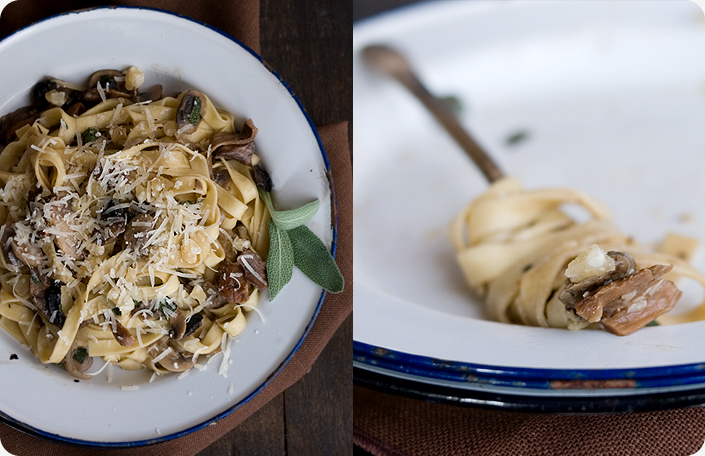 On my drive back from Maine on Monday, I was listening to one of last year’s Splendid Table podcasts (I do not recommend listening if driving after dark, by the way. Like listening to a string of lullabies where all the lyrics are about food); a man called in, lamenting a new diet that forbids the mingling of meat and dairy. He missed the richness of certain dishes, as a result, and Lynne mentioned some apt substitutes for bringing back that unmistakeable umami flavor. Tomato paste was one. Porcini mushrooms were another. I filed it away in my memory bank. Thank god it’s only been a few days because that bank has a very high robbery rate (what’s your name, again?).

This light and healthy pasta recipe serves many masters- for those of us on the mend from holiday overindulgences (Who, me? Well, I NEVER.), omit the heavy cream and you’ll still be left with a rich, warm main course. For those of us who think heavy cream builds character and is but the elixir of life (cream makes me dramatic), keep it in and you’ll still find a decent calorie count, one that’s not going to break the bank (cream makes me mix metaphors and also makes me think a lot about banks). It’s very wintery and sagey without the words “slow cooker” and “a full round of meats.” It’s even good for that poor radio call-in soul who misses his lamb ragu with a smattering of shaved parmesan. We’re nothing if not people-pleasers. 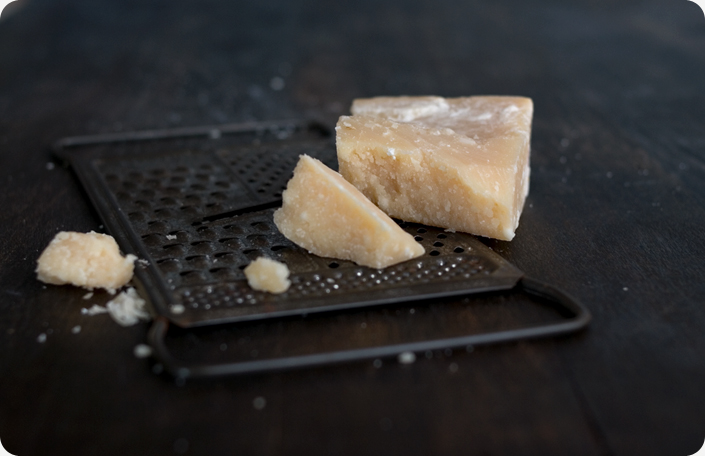