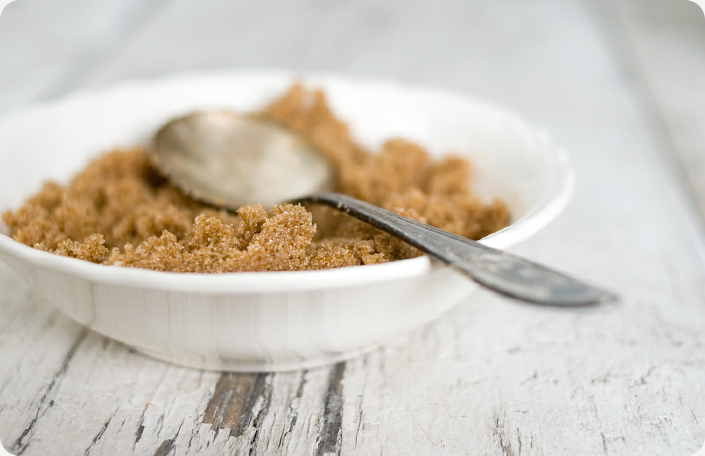 No story today. Because, you guys, Thanksgiving is almost here. How did this happen? Is anyone else wondering how this happened? Am I the only one who looked at the calendar this weekend and did a comical double-take? 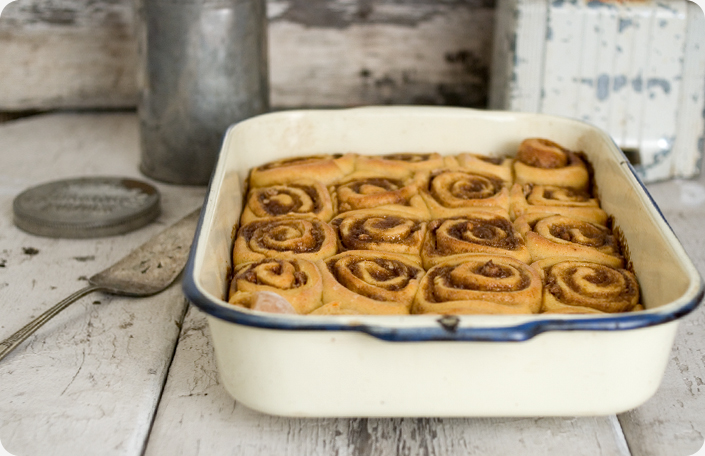 I don’t mean to be competitive about this but Nicole’s cinnamon rolls came out better looking than mine. Which I suppose is fine considering she’s the photographer but still. STILL. I was the one who wanted to eat them the MOST. That should count for something. Also, I’m concerned that, after this recipe, you’re going to think that we have an addiction to maple glaze.

Also, when did I start sounding like Joy the Baker? Also, why do you think that’s a bad thing? Are you trying to start something with me, huh? Thanksgiving is in 3 days. 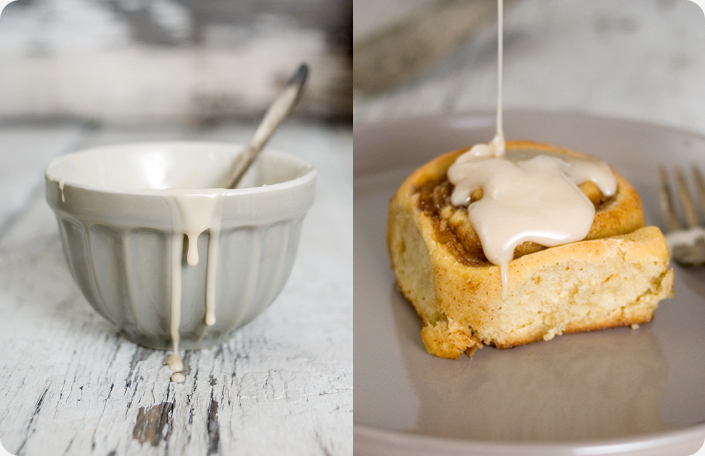 I’m going to go ahead and say “Screw wine” because showing up with a tray of homemade cinnamon rolls has to be the world’s best hostess gift. I’m not suggesting you make this for your family as you’re wrestling a 22 pound turkey into the oven (please stop crying) but I think it’s a lovely idea to make a tray for your host family, if you’re spending the holiday outside your own kitchen.

Think of it- they’ll wake up Friday morning and just pop these bad boys in the oven or in the microwave. And then the house will smell like nutmeg and cinnamon and cloaked maple syrup. Or they can wrap them up in foil and munch on them while on line at Best Buy at 4am (do you do that? I don’t do that.) Maybe they could even trade some for a better spot in line! And they’ll be so excited that they’ll buy a big screen TV that cost .48 cents and give it to YOU along with the free gift bag they received at the store? (I don’t know how Black Friday works).

These rolls take some time and attention and care but they’re light! And they have squash in them (squash!) so basically Congress will declare them a vegetable soon, that’s how healthy they are. Scant butter, loads of spice, flaky homemade bread. Put on some Lite FM, sing into some spoons and just devote your afternoon to them. 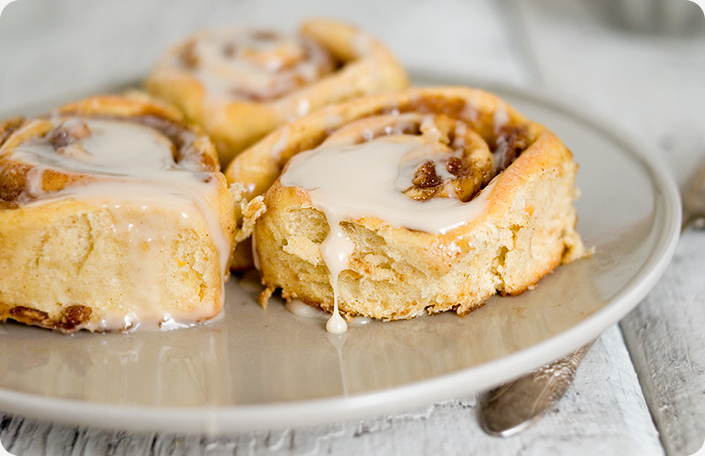 1 Cup of warm water (100° to 110° – test with a thermometer if you’re like me and you tend to panic over proofing yeast)
1 TBsp of granulated sugar
1 package of active dry yeast (about 2 1/4 teaspoons)
About 2 and 1/2 cups of bread flour
About 1 and 1/4 cups plus 3 TBsp of all-purpose flour, divided
1 tsp of salt
1 and 1/2 tsp of ground cinnamon, divided
1/4 tsp of ground nutmeg
Dash of ground cloves
1 Cup of mashed cooked delicata squash (about 1 [1-pound] squash)
1 TBsp of canola oil
Cooking spray
1/2 Cup of packed brown sugar
2 TBsp of butter, melted
2 tsp of water
3 TBsp of finely chopped walnuts, toasted

*Note: Nicole had leftover maple glaze so she used that. The glaze in this recipe is delicious as well- it won’t be white but clear, in case you’re comparing to her photos.

1. Roast the squash. (Grievance: Cooking Light didn’t include this little instruction, which drives me crazy because I then had to some Internet searching, adding to an already lengthy prep session.) So, preheat oven to 375°F. Slice squash in half, length-wise, and scoop out seeds. Lay in baking dish, skin side down, with about 1/4 inch of water in the dish. Cover with foil and bake for 30 to 45 minutes. Let squash cool and then scoop out flesh into a bowl and mash with a fork.

2. Prepare the yeast. Combine first three roll ingredients and let stand for 10 minutes. If yeast doesn’t bubble (it’s more like a dense foam top), toss it and get fresher yeast.

3. Get your flour. Bread making is exact so use the “spoon and level” method with your flour. Get your large bowl or stand mixer. Combine 2 and 1/2 cups of bread flour, 1 and 1/4 cups of all-purpose flour, salt, 1/2 tsp of cinnamon, nutmeg, and dash of cloves in a large bowl, stirring with a whisk.

4. Add your wet ingredients. Add yeast mixture, mashed and cooled squash and oil and stir until just moist. Do not overstir or the dough could get tough.

5. Knead, baby. Use the dough hook on your machine or turn dough onto a lightly floured surface and knead until dough is smooth and elastic, about 6 minutes. Add 1 TBsp of flour at a time if you need it, to prevent dough from sticking to bowl/hands. After 6 minutes, dough should feel tacky.

6. Let is rise. Roll dough into a large bowl that’s coated with cooking spray, give the top a light spray too. Cover and let rise in a warm place (about 85%), free from drafts until doubled in size, at least 45 minutes. *Note: I put the bowl in the turned-off oven that was still slightly warm from cooking the squash. This worked well.

8. Poke it and punch it. How do you know if the dough is ready? Poke it- if an indentation remains, the dough has risen enough and you may proceed. Punch dough in the face; cover and let rest for 5 minutes.

9. Make your filling & prep your dish. In a small bowl, combine remaining cinnamon, brown sugar, 2 TBsp of melted butter and 2 tsp of water. Take a 13 x 9 baking dish and coat with cooking spray.

11. Smear. Spread mixture evenly over dough and leave a border of 1/4 inch along each side. Sprinkle evenly with nuts.

12. Roll dough up. Take the bottom, long side of the dough and roll up.

14. Arrange rolls, cut sides up, in your baking dish.

17. Make the glaze. Combine 1/3 cup of water and brown sugar in a small saucepan over medium-high heat, bring to a boil. Reduce heat to medium and simmer for 5 minutes. Stir so sugar dissolves. Remove heat and stir in 1 TBsp of butter, the half-and-half and vanilla. Cool for 5 minutes.

Leave a Reply to libby