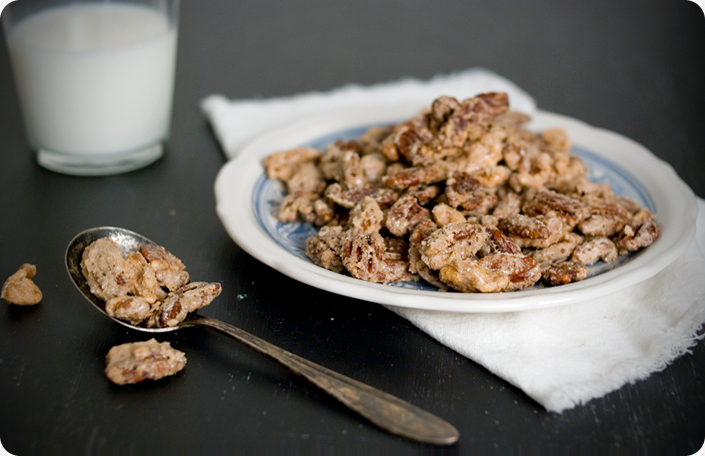 She stopped him before he could ring the doorbell. “Listen,” she said nervously.

Lily twisted her hands nervously and lowered her voice. “My family’s a little… they’re a little…”  He stared at her. “Strange.”

Jerry was wearing a sweater that was itchy around the neck and wrists. It had a pumpkin on the front. The sweater was a mistake, Jerry knew that now. “Strange like how?”

“Uh.” Lily twisted her black hair around her finger. “Well. You know, they’re awesome. They’re just… they can be a little…”

Jerry stared up at the big white house. He pulled the collar of the sweater away from his neck. “And you’re telling me this now?”

“Lily! And you must be James!”

“James, of course!” The woman who had thrown open the door was the picture of Lily in every way except the hair. Where Lily had dark hair, her aunt was a platinum blonde. She thrust her arms around them both and all but yanked them inside. “Come in, it’s freezing, burr. Oh, my beautiful niece, aren’t you a picture? Oh, a tongue ring, that’s nice, dear. Oh, James has a nice tushy! Good job, Lily!”

Too horrified to respond, Jerry was suddenly overcome by the stench of cigarette smoke and burnt almonds. He started to sweat, wondering if he was having a stroke. Lily had disentangled herself from her mother and now clutched Jerry’s arm for dear life. “Are you okay?” she whispered as her aunt ripped his coat roughly from his shoulders and threw it into the living room. It fell in a heap on the floor. Jerry stared after her as she hollered into the kitchen to “take the nuts out, for gimme’s sake!”

He stared as a tall brunette wandered down the stairs. “Lil!”

“Ollie!” And Jerry stepped back as they hugged. Ollie leaned back and eyed them both. “You must be the boyfriend.”

“Y-yes, Jerry.” He skittered back as something in the kitchen made a wheezing noise, followed by a loud pop. They all jumped.

Ollie scratched her nose and offered them both a smile. “Happy Thanksgiving. Who wants a drink?” 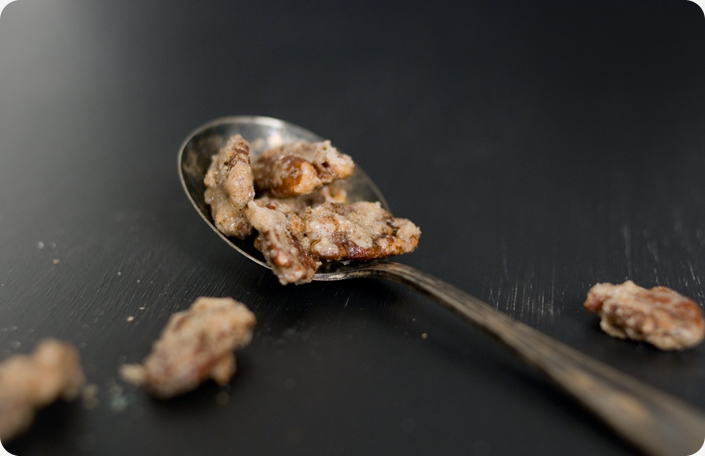 Two recipes today! Because we love you. And because Thanksgiving is one week away and I can feel your stress from here. But listen! You can make these in ADVANCE. And then tumble them into a shiny bowl and let your guests peck away at them as you put the finishing touches on your feast.

I don’t know about you but I love discovering a technique that’s in hand with a recipe. It feels like you’ve just unlocked a secret passageway and the destinations are places like “Your Belly” and “Deliciousness.” Sometimes, you need to see more than one variation of a recipe to find the technique at play- a few days ago, I was watching Food Network and caught Giada making these yummy, fragrant, spiced cocktail nus. And then Nicole sent over the recipe for crunchy, sugary pecans and the old wheels started a’turnin’ (I’m listening to Bluegrass while I type this, sorry) and now here we are. Technique Town, party of what? Oh, right, your mouth. What? I don’t know. 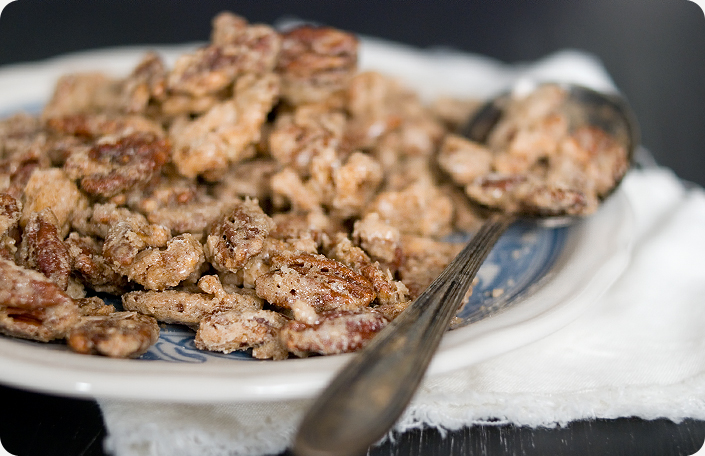 via the delicious Carolyn at AllRecipes

1. Preheat your oven to 250°F. Spray a baking sheet with vegetable or canola oil cooking spray.

2. In a mixing bowl, whisk the egg white and water until frothy.

3. In a separate bowl, mix together sugar, salt and cinnamon.

4. Add pecans to egg whites and stir to coat the nuts evenly.

6. Spread the nuts out on the prepared baking sheet.

1. Place rack in center of the oven. Preheat to 250°F. Spray a baking sheet with vegetable or canola oil cooking spray.

2. In a large bowl, whisk the egg whites until frothy.

3. Add the nuts and stir until coated.

6. Arrange the nuts in a single layer on the prepared sheet.

7. Bake for 45 minutes, until golden and fragrant.

8. Let cool for 1 hour. Then, use a spatula to remove the nuts from the baking sheet and break into bite-sized pieces into a bowl.

Also, can we all be impressed- all this talk about nuts and not ONE inappropriate joke! I’m growing, you guys! (Please leave an inappropriate nut comment. The most inappropriate will get a prize. This is also a test- does anyone actually read this far down in the post? Can I just say whatever I want? Are you even listening? Poop. Monkey butt.)