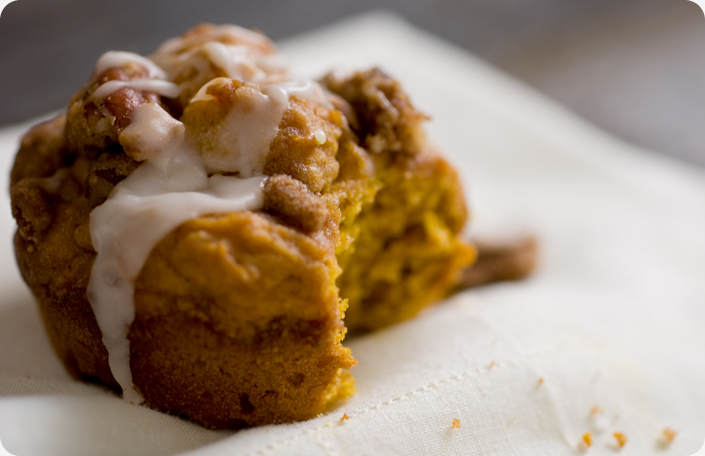 Sarah had finally stopped laughing. There was nothing remotely funny about staring down a dark, ancient tunnel as a flood of icy water came rushing toward your small, helpless, all-too-fragile body. The water surged toward them as if eager to snuff them out.

Despite her agile laugh, Sarah had always been somewhat useful in a crisis. As the water came crashing and screaming toward them, she looked to her right and saw a small foothold and then another. Beside her, the professor had turned to run, though the tunnel they’d just traversed was long and winding and, she knew, held no refuge.  She grabbed him. “Climb!” she yelled over the rushing water and when he stared at her, she moved behind him and bodily shoved him up, her panic giving her strength she didn’t know was possible. Though the professor stumbled with his bum leg, she all but lifted him up by the shoulders and tried not to scream herself as the freezing water grabbed at her ankles and then up her legs, sending a shock of cold up her spine.

They scrambled up the rock face and Sarah ignored the professor’s moaning about having to leave the wall and his precious tools behind. She’d made the mistake of looking down and her heart dropped as the water climbed up and up. They would not be able to go back the way they came and if the water reached the ceiling of the dark tunnel… “Professor,” she said urgently, “Move!”

They climbed blindly, Sarah’s heart going a mile a minute as her boots easily found the next foothold and the next. This was put here on purpose, she thought, and thoughts of booby-traps and sabotage crowded her as she remembered what sent the water toward them in the first place. She grabbed the rock and tried not to let fear overtake her on all sides as she considered the cold death that awaited them below and the unknown terrors that lay ahead.

They climbed, moving inward as they did and the professor whimpered over the rocks that jabbed at their palms and wrists, Sarah nudging him on from behind. It grew darker and tighter and she wondered, as her head brushed the slick ceiling, if this wasn’t a gruesome error on her part, a smaller death she had pushed them towards. At one point, as the sounds of the water grew fainter, Sarah could swear she smelled the musk of cloves and cinnamon in the air. She wondered if she was going mad.

On and on they climbed, first upward and then on their hands and knees, Sarah squeezing her eyes shut to ignore the little voice that emerged at times like these, when breathable air seemed slight and quarters especially close. She ignored the tightness in her throat, the sweat that dripped from her temples and when the professor stopped his crawl and she slammed into him, she opened her eyes, blind in the dark, ready to urge him on, needing to urge him on.

Only when the cold hand dropped on her shoulder from behind did Sarah finally scream. 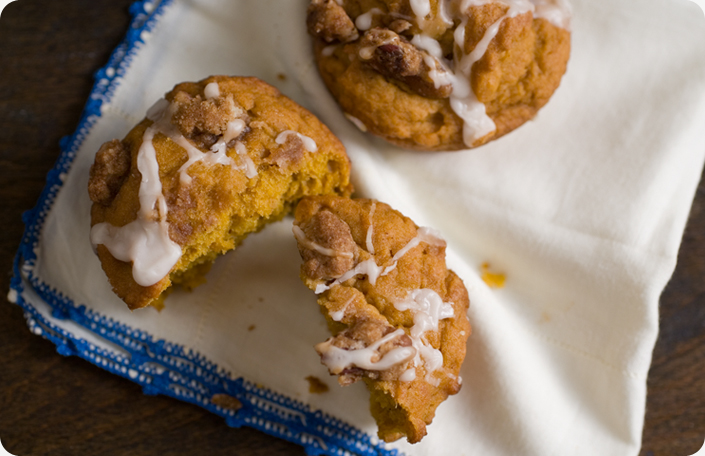 Recognize these little nuggets? They graced our September calendar and Nicole decided she likes you enough to share the recipe. They’re perfect for a cool October morning and an ideal morning treat for a school day when your eight-year-old has a big spelling test and words like “pumpkin” and “autumn” on the brain.

Adapted from In Praise of Leftovers & Recipe Girl

For the Glaze (I accidentally typed FOR THE WIN at first which I actually think is pretty apt, when talking about glaze)

4. In a large mixing bowl or your stand mixer bowl, beat butter, white and brown sugars at low speed until just blended.

5. Add eggs one at a time, beating well after each. Once all eggs are in, beat well at medium speed until batter is very light and fluffy (a few minutes total).

6. Add pumpkin to wet ingredients and beat until combined. Occasionally, scrape down sides of bowl so everything is incorporated.

7. Turn speed to low and slowly mix in flour mixture- mix until just combined (or muffins will get tough).

8. Fill muffin tin about 3/4 full and sprinkle topping over batter.

9. Bake for 30 minutes. Let cool in pan for 10 minutes and then transfer to wire rack or plate to cool completely.

10. While muffins are cooling, make glaze: mix sugar and syrup well. Drizzle over cooled muffins. Let set. (Does anyone ever let anything “cool completely” or “let set”? Yeah, I didn’t think so.)