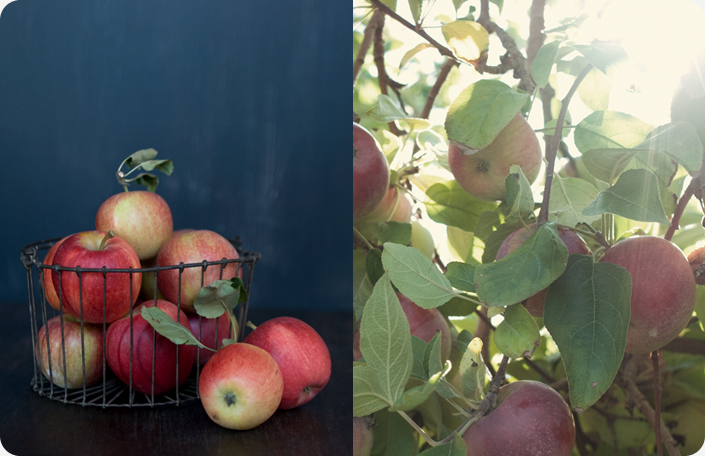 He lured her there with a song.

It had been years, decades, since he had tasted live flesh. And now, now was his moment. Malphius stepped further into the shadows of the pier and gripped the post with his milky hands, the nails long and scraping against the wood. Any second now and he would have his blood- he would drink it down like a fawn at a riverbank in big, greedy gulps.

It was dark and his prey walked over the soft mounds of sand with some trepidation. As she stepped closer to him, moonlight slipped through the cracks of the boardwalk above and illuminated her soft, round face. Malphius stared.

She had dark hair, piled high on her head, so high that though she was petite in stature, her head almost brushed the wood above her. There was something woven into the giant bouffant, something bright green and glowing. She made a popping sound with her mouth, her lips were slick with orange paint. Her eyes were wide and dark and painted too. Malphius had never seen so much paint on a woman. He peered at her with his gleaming red eyes and when she spoke, he jumped.

“Mario? Ya down here?” Her voice was like the horn they used to call in ships from the sea. Malphius winced. “Look, this isn’t funny, alright? Where the hell did you go?”

Malphius looked behind her- surely the song had called someone else down here as well; perhaps a maiden who was wispy and blonde or a doe-eyed waif with flowers in her hair.  He frowned. Alas, they were alone. His stomach rumbled, his own hungry blood started to sing as he eyed her neck. He sighed. Italian did not generally agree with him but who was the starving man to deny himself a meal when offered, even when said meal was a solitary meatball? He stepped out of the shadows. “Are you lost, child?”

There was a snap in her mouth again and she eyed him. She did not jump or scream. Malphius frowned. Usually, it was just the sight of his pale white skin, red eyes and sharp teeth to send them into flight and he to chase. They either ran or fell in love with him instantly- modern women were such a mystery. One such damsel on the shore of Florida had even called him “Edward.” He was so disgusted, he lost his appetite and left her on the street, alive and whole and in tears.

This girl did neither run or swoon. She put her hands on her wide hips. “Who the hell are you?”

“I,” he said smoothly, stepping toward her, “am Malphius. And you?” His voice could woo the dead and had. “What is your name?”

She smirked. Now that he was closer to her, he saw her face was orange too. “Skinny Marie.”

“Skinny?” He was reminded of the butcher’s daughter he had killed almost one hundred years before, of the sausages that hung from the ceiling as he drank. She glared at him. “I mean, yes,” he covered smoothly, his lips curving into a seductive smile. “Of course.”

She was not stepping closer as she should, though he had intensified his siren song. With a hand behind his back, Malphius conjured up a treat. “Hungry?” he purred. Now that he had uttered the word, she could be nothing but; she would do anything for what he offered and then she would die.

Skinny Marie she stared into his face, considering. “Maybe.” She snapped the object in her mouth, Malphius noted it was a bright pink color, and shrugged, “I could do with food, yeah.” She held up a finger and glared at him. Her nails were longer than his. “I don’t do smack though, all right? I’m not that type of girl.” Her voice cut through him. He fought back the desire to shush her. “Man, you really need a tan, you know that?” She was peering at him with disdain.

Malphius ignored her bewildering remarks and revealed the apple in his hand. It was crisp and gleaming, something no girl had ever resisted since the dawn of time. He would use it to draw her closer and then… “Care for a bite?”

Marie shrugged and turned away. “I don’t do fruit. Nice meetin’ you. Thanks anyways. MarIO!” She finished on a yell and her voice, that loud, shrieking voice, pushed Malphius to the brink. He let out a scream of his own and she stopped.

He floated over to her in an instant, the seductive smile a terrifying snarl and she gasped. He grabbed her, his hands boring in her arms and bared his teeth. “NO!” she yelled, “Get OFF me!” And before he could sink them into her neck, Malphius felt something heavy smack against his face. He blinked.

She had, somehow, broken out of his vice-like grip and hit him with her bag, her bag that must’ve had a brick in it. Malphius did not feel pain but a second knock to his head sent him back a step. “What-” but before he could speak, she had reared back and punched him with her tiny fist and her big ring, it clattered against his teeth, and then she swept his legs out from under him so that he fell hard on the sand.

“You think I never seen Buffy?” Marie, her hair and eyes wild, shook her head at him, disgusted. Malphius stared, horrified and transfixed as she kicked him with her sharp shoe and lifted her other hand, this one gripping a piece of driftwood. She bent down, her fear gone, and stuck her face close to his.  “Welcome to the Jersey Shore, bitch.” And it was unfathomable to live so long and to be thwarted by such a small person and he just stared, in shock.

There was a sharp jab in his chest before the world turned to dust. 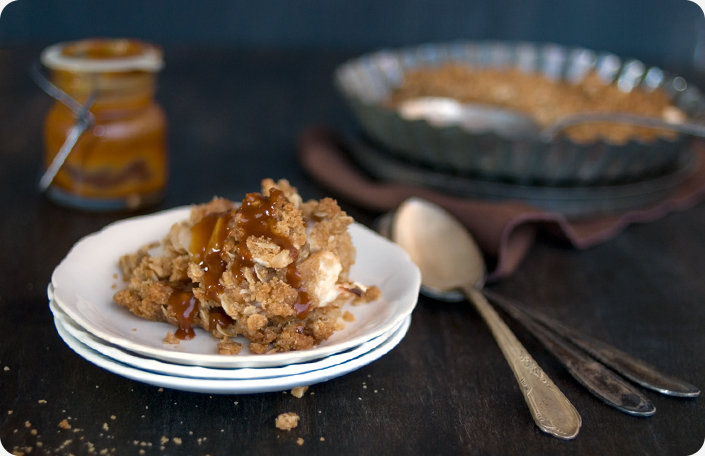 3. In medium bowl, combine remaining ingredients until well-mixed; sprinkle over apples in pan.

4. Bake for 30 minutes or until topping is golden brown and apples are tender.

Serve warm with a scoop of pumpkin ice cream or drizzle with salted caramel.