Grilled Cheese of the Damned

Grilled Cheese of the Damned

“Where do you think he’s gone?”

Chastity sighed and picked up another sandwich, the cheese sticking to her fingers. “I don’t know, Denise. One minute, Brad’s all, ‘I think you’re awesome! Marry me! Let’s start a band!’ and the next minute, boom!” She slapped her palm on the table, her blue eyes wide. “Gone. It’s so weird.”

“Right? So. Weird.” She shoved the plate away. “Ugh, I cannot even look at food right now.”

“I know, right?” Denise put down the sandwich she was enjoying a second ago and looked at it as if it had wronged her. “Food is so gross right now.”

Both girls stopped talking and stared into the air for a minute. They were practically twins in their tank tops, each of them wearing half of a BFF pendant around their necks and everyone said they looked so much alike even though Chastity was blonde and Denise was black.

Above the counter, Denise’s grandmother’s old clock ticked. It was dark outside and late. Chastity shivered as a cold breeze drifted through the kitchen. “Ew, Denise. It’s super cold in here. Did you leave the door open again?”

“God. You totally did, I know you did.” Annoyed, Chastity got up and walked around the corner where, sure enough, the front door was open. A few leaves had already skittered through the hall. Chastity shut the door, “Ew, it’s heavy,” and locked it and called back, “I closed it!”

“The door! I closed the door.” Chastity turned around and her heart jumped in her chest as something stepped out of the shadows and stepped toward her.

“Omg, you scared me! What?” Chastity’s eyes widened as the person, the thing, stepped out of the shadows. His hair, dark and shaggy, was matted with blood. His skin was pale green and oozed with scabs and slashes from a knife. His eyes, white and blank, and one almost out of his head, dangling. His mouth open, yellow teeth. Chastity screamed. 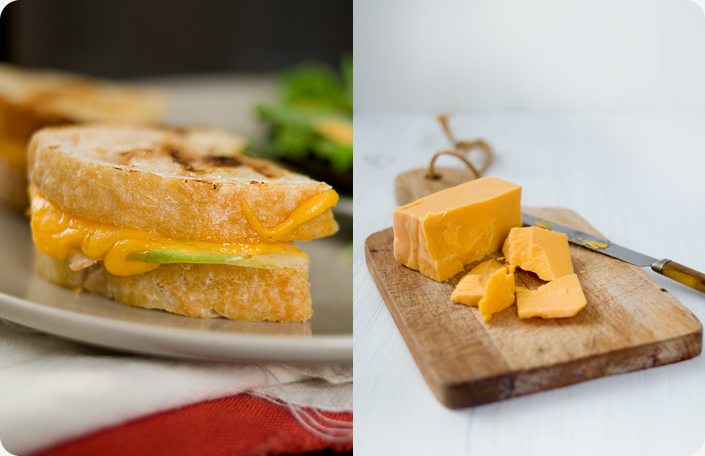 He moved slow. His mouth was foaming, there was blood on his lips. Chastity screamed once more and darted back, hitting the wall. Eyes wide, she took in his ironic T-shirt and gasped. “Brad?” When he moaned, when that dangling eye swung toward her, Chastity screamed again. “Denise!”

Brad took another step. Chastity screamed again. “Denise!” She screamed and, heart in her throat, darted past Brad who swung toward her, his green hand brushing against her. Chastity felt something crawl up her arm as she ran for the kitchen. It was a maggot.

Denise was in the kitchen, screaming too. There were more of them and they looked like they were everywhere, monsters at the windows, peering in, pieces of brain and intestines flung at Denise as she screamed. She was throwing sandwiches, all the sandwiches. One of them bounced off the thing’s head as it climbed through the window, arms swinging toward them. It did nothing to stop him. It was just a sandwich. 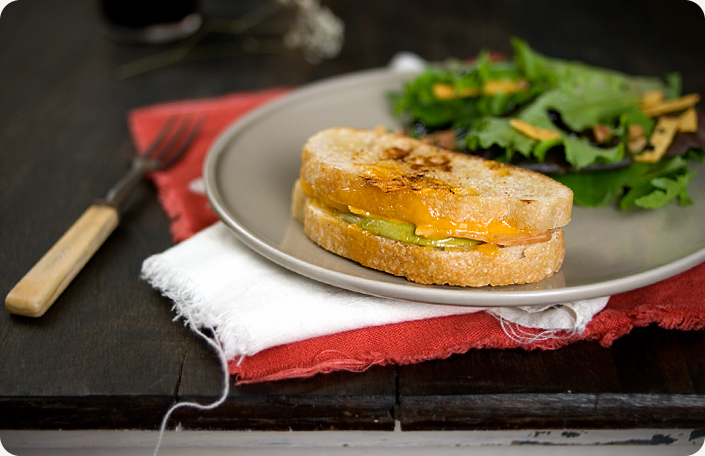 September is almost over but don’t fret because October is even better. (Especially if you’re on the East Coast and you’re experiencing this frakkin’ heat wave of humidity and horribleness. My sweaters are crying. Apples! Pumpkins! Leaves! Indiscriminate yelling of Fall things!) To celebrate October, all of our stories this month will be horror/Halloween themed- I hope you enjoy them. (Actually, it just occurred to me that gore is not all that appetizing… like eating dinner while watching the first ten minutes of Bones. Oh, well.)

Also, stay tuned because I’m turning 30 next week! And to celebrate, we’re doing a giveaway! Actually we planned to do a giveaway a month ago! But I’ve been slacking so this is super late and I’m using my birthday as an excuse! But as long as I keep talking like this no one will care! Free stuff!

– Any kind of bread you like (the crustier the better, we say)
– Olive oil or softened butter (for brushing)
– Honey mustard (make it from scratch!)
– Sharp cheddar
– Turkey or ham
– A thin slice of green apple

1. Heat grill pan on medium heat until hot.
2. Assemble your sandwiches.
3. Brush surface of bread lightly with olive oil or butter.
4. Grill until toasty. Cover with a lid to melt cheese better.
Follow Us