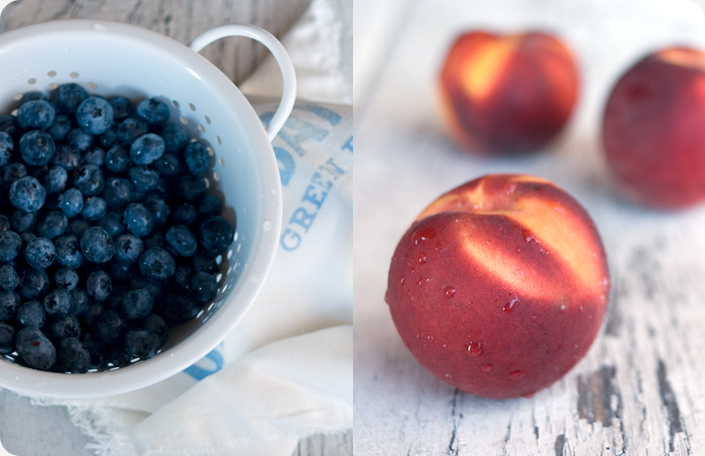 Benny stared at the ancient wall, transfixed. “This is it,” he said and his hand trembled as he lifted his brush to remove the last of the silt. It fell to the ground, covering their boots like the first snow.

He was afraid to breath on it but glaring at her was free. “Yes, I’m bloody sure. Lookit-  see the curves here? And here? And that is unmistakeably the vine. This is absolutely it- the Berrah of Rah.”

She started to laugh. “That is not what it’s called.” When he continued to glare, furious that she had ruined his Big Moment, Sarah tried to stop her mirth and ended up choking instead. He resisted the urge to swat at her back with his walking stick and have the gesture be disguised as a helpful measure.

Benny hated grad students. He hated them more, even, than the time he was attacked by that plague of mosquitos in the Amazon. He would gladly trade Sarah, his latest, for a mosquito the size of Machu Pichu. She was tiny, blonde and found everything, from their hovel of a camp to the streak of mud under her eye, to be a great, big laugh. She was a human pixie stick and Benny was determined that she not destroy one of the pinnacle moments of his anthropological career with her chortling. Chortling! At the Berrah of Rah! 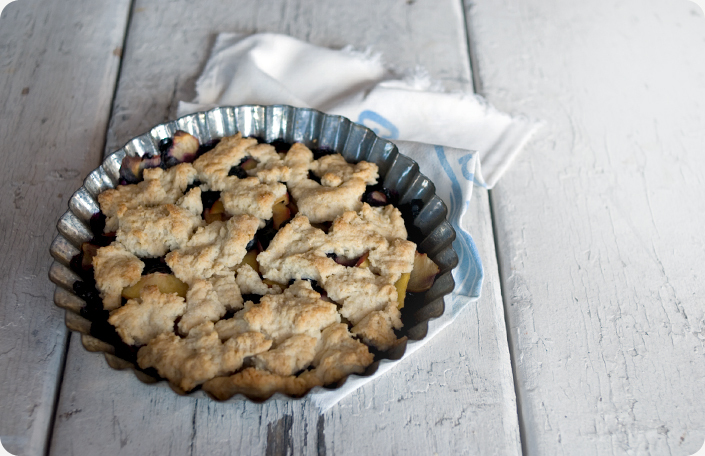 Ignoring her, Benny lifted his brush, the handle almost thirty years old and molded perfectly to his hand, and took a last swipe at the piece. He was so distracted, however, that the move was far too brusque and to his horror, there was a click, a dreadful sounding click that over his thirty-three years in the field, he had come to dread. “Oh.”

Sarah had nearly turned purple at her restraint and now coughed. “W-what?” But she didn’t need to wait long for an answer. The ground began to tremble. And then the walls. The ceiling pitched forward and she stared at the narrow gap that now existed between her head and the rock.

Benny pitched forward and found himself staring down the mouth of the tunnel that had led them there. The roar coming from it was unmistakeable, as was the rush of cool, humid air. “Run!” he screamed and Sarah’s eyes widened as the roar grew closer and a ferocious wave of water came rushing toward them.

*For Sarah and Ben, who I love and who are getting married on Saturday. It’s not incredibly romantic but it’s the funnest story I can muster in between natural disasters. 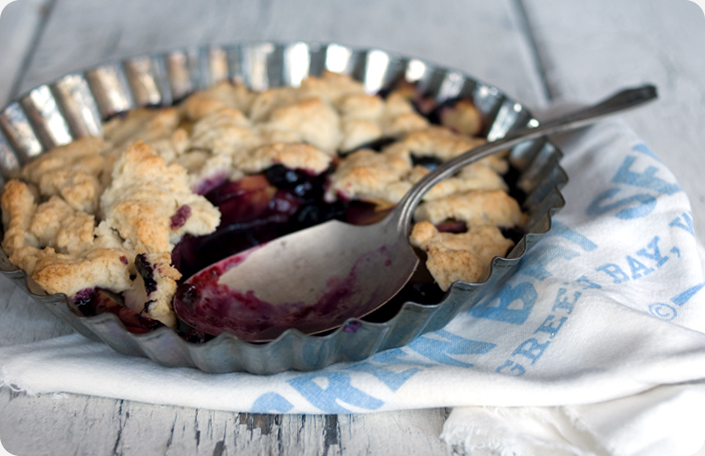 Since I’ve been in New York these past few weeks, I’ve tried to get over my stage fright. Some fear public speaking, others performing in front of massive crowds at Madison Square Garden (hello, gorgeous) and I… I am afraid of cooking with my mother.

Those who have met my lovely, warm, doting, wonderful mother (either in person or in the comments of this blog) have thrown up their hands right about now. “How can that BE?” they’re saying out loud to their computer monitors, as people wander by and question their sanity. And those who have been lucky enough to taste my mother’s delicious, lovingly-made food are going, “Yeah. I can see that.”

The truth is that no matter how hard I’ve tried over the last few years, there is no way I can match my mother’s 40+ years of experience in the kitchen- her sheer ease of throwing things together is something I am just now starting to pick up on, among other things- oh, blog, how I wish you could’ve seen me the other day, studying the perfect way she folds a fitted sheet. There were diagrams! And notes! And furrowed brows! AND I STILL CAN’T DO IT. It’s alchemy, I tell you, ALCHEMY. ATTICA. AT-TI-CA. Wait, what’s happening?

Aaannd we’re back. I don’t like being afraid of things- it bugs me. So the other night, wanting to do something a little special for my parents’ 41st wedding anniversary and the simple (yet delish, as always) home-cooked meal she’d prepared, I swallowed my butterflies and threw this cobbler together. The moment was everything great about cooking- I used ingredients we had on hand, it was easy, it was spur-of-the-moment and it was extremely tasty. It’s especially wonderful for people who are trying desperately to ween themselves off sugar. The crumb topping is barely sweet (the fruit filling covers that) but if you’ve got sugar fanatics in the house, just top it with a scoop of ice cream and everyone will be happy. 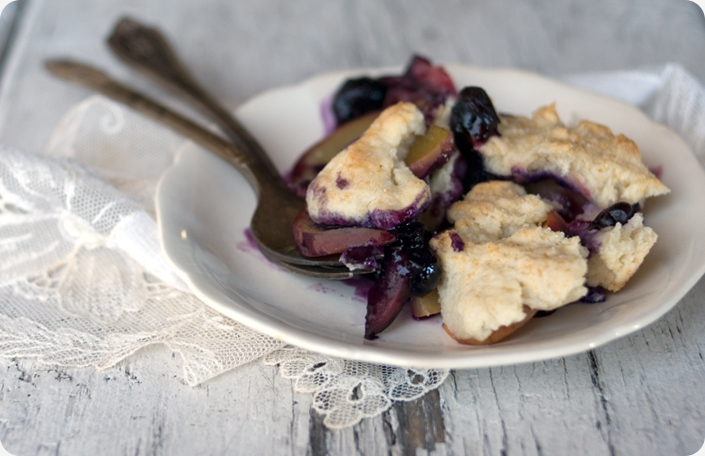 Peach and Blueberry Sour Cream Cobbler
adapted from The Kitchen Diaries: A Year in the Kitchen with Nigel Slater

fear and anxiety of failing at cooking in front of your mother (just kidding! OR AM I?)

Set oven to 400°F. Slice peaches, remove stones, and toss with blueberries or other berries with the lemon juice, sugar and flour. Put in an oven safe dish and let sit while you make the cobbler crust.

In a food processor, add flour, salt, baking powder, sugar and cold butter- process until mixture looks like fine bread crumbs. Tumble into clean bowl and add sour cream to create a soft dough and then just flatten big pieces over the fruit. Sprinkle with sugar. Bake for about 25 minutes until golden and fruit is bubbly.

*You can use any combo of stone fruit and berries for this. I did one peach, a pint of blueberries and half a pint of raspberries because that’s what we had. It was delectable- just make sure everything’s ripe for premium deliciousness.