The stately yellow house where Henry and Issie Gallagher resided was as tidy and clean on the inside as it was on the outside.

The sparrow mysteriously found its way, as it usually did, past the the forest green front door, and hovered there in the smallest of entryways, admiring the polished, antique coathanger on the right and the cheerful welcome mat on the left which was held down by a neat row of rain boots.

The little bird considered its options. It could coast up the set of stairs in front of it, where a low hum of voices could be heard. Or it could turn to the left and swoop through a formal sitting room where light from the front windows played games with the rows of books lining the walls, the fireplace and its neat stack of logs, the baby blue couch framed by small, chestnut tables both adorned by vases of white daisies.

Instead, the sparrow made its way toward the back of the house and flew into the expansive kitchen, where two women sat at a marble island and had a plate of leftover pie completely surrounded.

The pie was purchased from a nearby bakery, was peach, and the woman with the perfect, curly blonde hair paused as a forkful was halfway to her mouth. She glanced up at the corner of the kitchen ceiling, to the foremost beam, and tapped the other woman’s slim hand. “Jules.”

Juliette Barrington Gallagher was distracted, inspecting her piece of  pie as if she wasn’t quite sure of the best way to dispose of it. When her sister-in-law murmured her name again, more urgently the second time, Jules tore her wide brown eyes away from the bite she’d been about to take. “What?”

Issie pointed at the beam in the corner and Juliette swung around, her straight brown hair flying up behind her. Issie mused to herself that it was a good thing her hair was pulled back into a thick ponytail or their breakfast pie would’ve been sunk. Jules was a sweetheart but she shed like a golden retriever in July.

“Damn.” Jules dropped her fork onto the foil pie plate and shook her head. “How’d she get in here?” 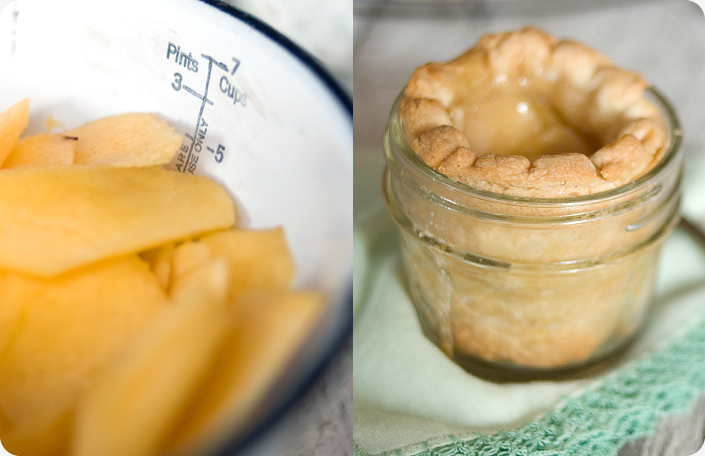 Issie rolled her eyes at the use of the pronoun for the little bird and immediately walked to the door that stood off the kitchen, the one that led onto her screened-in-porch and, from there, out to her garden. Without another word, she opened both doors and pointed outside.

It took a moment and both women held their breath, Issie tapping her foot on the polished cedar beneath her feet, but the sparrow eventually swooped elegantly down and out the doors, into the garden beyond. Issie closed both doors firmly behind her, though she knew it was an empty gesture. That bird was a person all right- Houdini reincarnated.

They resumed their places around the pie and Jules pushed up the sleeves of her pink cardigan. “Just like when she was alive,” she murmured, amused, and shoved the bite of pie into her mouth before anything could stop her.

“Don’t encourage them with all that. It’s just a bird.” Irritated, Issie pulled herself back onto the stool on the other side of the island and dug her spoon into the carton of vanilla ice cream that was busily melting on the counter in the June heat, despite the constant hum of the air conditioner. I was not able to bear the heat and was thinking to read some air filter reviews and install the filter so as to keep cool during summers. 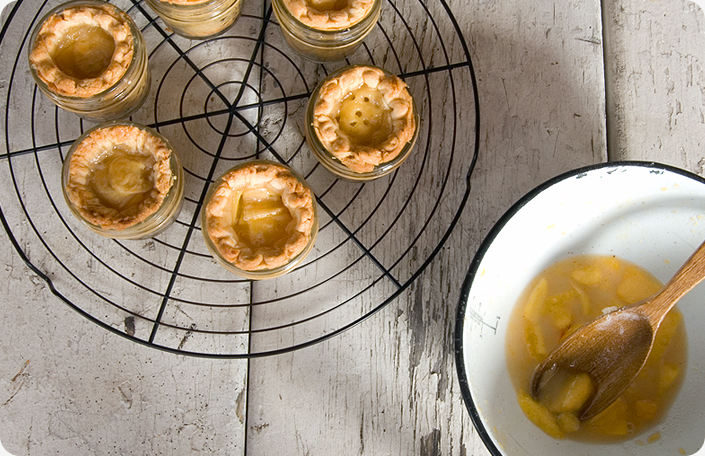 This post makes me swoony. First of all because look! Pie! AND SO LITTLE! And, secondly, because the fictional bit above is not just a smattering of Monday mischief-  it’s an excerpt from my new book, my yet-to-be-unleashed, second-born little baby The Witches Sib which should be renamed Consuming Judi’s Life: Feels Like It Will Never Be Done. Sigh. This post doesn’t make me swoony, it makes me sigh-y.

I worried to Nicole that after our success with Happiness Pops and Sadness Cake we were going to be Those Girls Who Make Baked Goods in Weird Receptacles.  The Anne Geddes of baking.  Soon it’ll just be a photo of me holding a piece of pie in my bare hand, apropos of nothing.

But then she suggested we make this and I thought, who cares? Look! LITTLE. PIES. 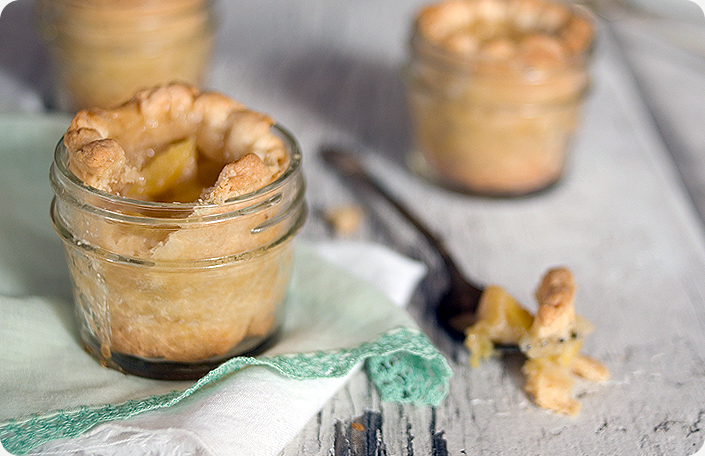 Preheat oven to 400. In a bowl, gently stir together the sliced peaches with the lemon juice. In a separate bowl, combine the flour, sugar, cinnamon, nutmeg and salt. Pour over peaches and gently combine.

Take your pre-made pie crust and your adorable little mason jars (use whatever size you like but we liked the little ones because they made dainty, ladylike portions and we are watching our FIGURES. The bigger ones may mean longer baking time so please advise). Press the pie into the jar so that it slightly overhangs the lip of the jar and then you can crimp the edges.

Pour a bit of filling into the jars. Dot with butter. Cut out pieces of extra pie crust (use a heart shaped cookie cutter if you’ve got it. Stars. Dog bones. Whatever) and place them on top, brush with egg and sprinkle with sugar. Place jars on cookie sheet and bake for 15-17 minutes. You may have to cover some of your little pie nuggets (I’m sorry, is this getting too cutesy for you? I can’t help it! Look at them! LOOK AT THEM) with foil if they get a bit too brown.

Let cool a bit. You’ll be too busy squealing over how adorable they are anyway. Squealing and making tiny pie bonnets! BONNETS.

I need to go lie down.