It was late when he arrived home but, somewhat miraculously, the sun was still out. The light filtered in between the buildings that ringed around his, drifting into his flat through the endlessly tall windows. He’d bought the place for the address, yes, but the windows too.

His suit jacket was tossed over the nearest kitchen stool at once and he rolled up his shirt sleeves. Out came the bowls from the ice box. They were silver and belonged to his mother, cold in his hands. Two lemons rolled over the marble counter tops, eager to play, and he plopped them on a tiny gold dish, the curved, gilded edges cradling them and holding them aloft, a gift from a former lover, long gone now.

Though he knew the air outside was heavy and humid, the flat was cool. Too cool with that smell. There was something false about it that made Peter wince. It reminded him of the office. Still, it was better than sweating over a plate of cold shrimp, he supposed. He tried to remind himself of a time when he was a younger man, wringing himself dry in a cramped, sweltering place. 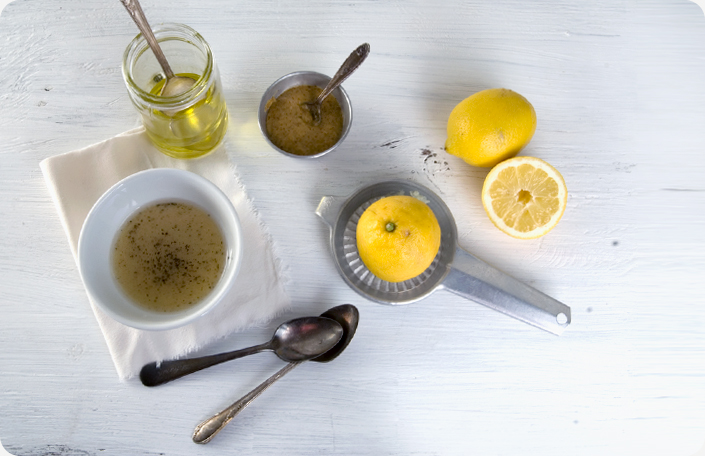 On a day that hadn’t been so long, so heavy, he would’ve popped open a bottle of wine and poured himself a glass. Something white. Maybe put on some music to pump through the wireless speakers that had cost him a small fortune. He could be listening to something floaty, something like an aria, something that would fill the room out to its corners. 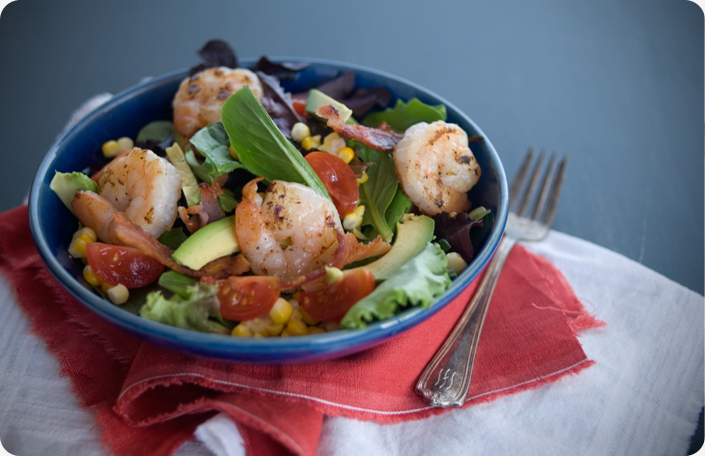 Instead, he gathered all of his utensils close to him and went to work. He listened to the sound of the fork hitting the walls of the small mason jar instead. The knife clapped against the cutting board, the flesh of the tomato yielded to his fingers. When things started to sizzle on the stove behind him, when the air took on something more real, something fragrant and edged with spice, Peter finally felt his shoulders drop as the kitchen, his kitchen, slowly and gently led him away from his life. It coaxed him into a chair and dropped a hand to his shoulder. It nudged the creamy blue bowl into his waiting hands, filling him whole. 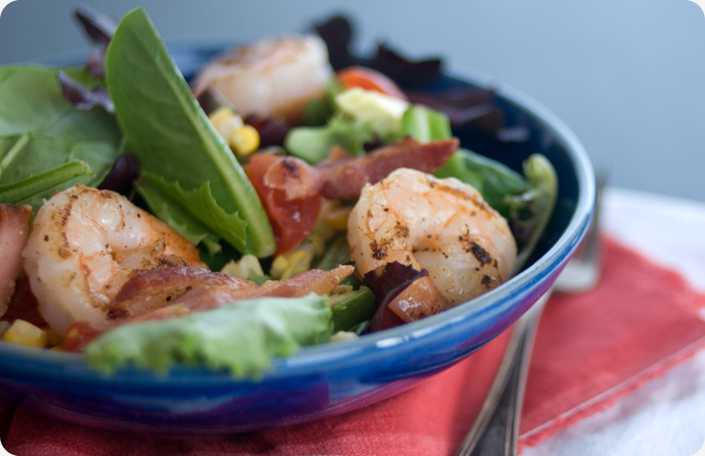 Cook bacon in a large nonstick skillet over medium heat until crisp.

Increase heat to medium-high. Sprinkle shrimp with paprika and pepper. Coat pan with cooking spray. Add shrimp to pan; cook 2 minutes on each side or until done. Sprinkle with 1/8 teaspoon salt; toss to coat.

While the shrimp cooks, combine remaining 1/8 teaspoon salt, juice, oil, and mustard in a large bowl, stirring with a whisk.

Leave a Reply to John Valenty