Pear Pizza and the Foodie's Daughter

Pear Pizza and the Foodie’s Daughter 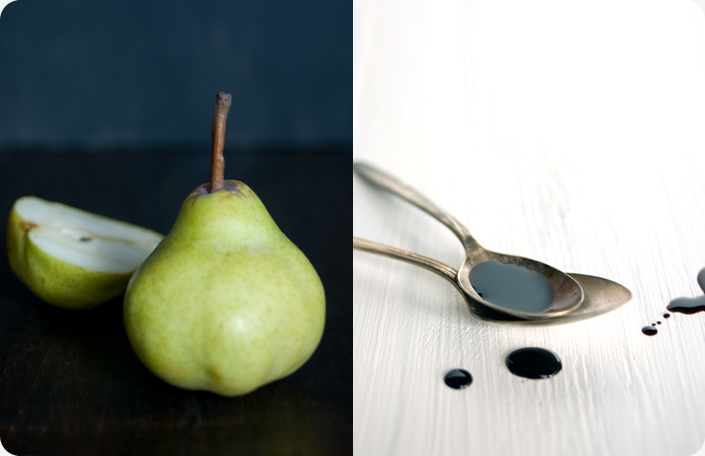 She was walking by the bedroom when she heard the theatrics inside. And even though there was still a tidal wave of things to do, she stood there for a second, leaning against the wall, her son’s socks and shorts and bath towel an awkward bundle in her arms, and listened.

“Bow down to me!” Her daughter’s voice, deep and commanding in the only way a 5 year old knows how, boomed into the hall.

“No!” And there her voice changed. It climbed, high-pitched and trilling. A princess voice. The only voice for a princess. “Don’t you know who I am?”

“I don’t care,” the other, deeper voice boomed out. When she peeked inside the room, she saw her daughter’s back and the two toys held high over her head. One was her son’s old soldier, long abandoned, his legs wobbly. The other was a paper doll her baby had constructed herself in school. “You are going to do what I say because I am the BOSS!”

“No!” her daughter cried out. “I am Princess Pepper Doodle Von Yum-yum and I don’t have a boss! I’m a princess! And you are in my way.”

“Where are you going?” the furious soldier asked. He shook violently toward her and the princess swung away. She had dark hair and giant eyes and already her edges were frayed and dirtied from the endless hours of playing. Upon seeing it, and the grip her daughter had on it, the mother’s heart ached for the time when it would tear in her girl’s hands, for that momentary rush of grief that was slight and deep and unavoidable.

The drama continued. “I am going to dinner. At a nice restaurant with my husband King Von Shrimp,” the princess replied shrilly. “I have had this reservation for weeks and I am not missing it.” The mother recognized the words from a phone call she’d had weeks ago. She froze. “It’s supposed to be wonderful.”

“Well, you’re not going anywhere.” The soldier smacked his hand in the princess’ direction, probably meaning to just block her path but the movement looked rough from afar.

“No! I am! You can’t stop me. We are going and we are going to get the gormogondola pizza because that is supposed to be the best! Out of my way!” 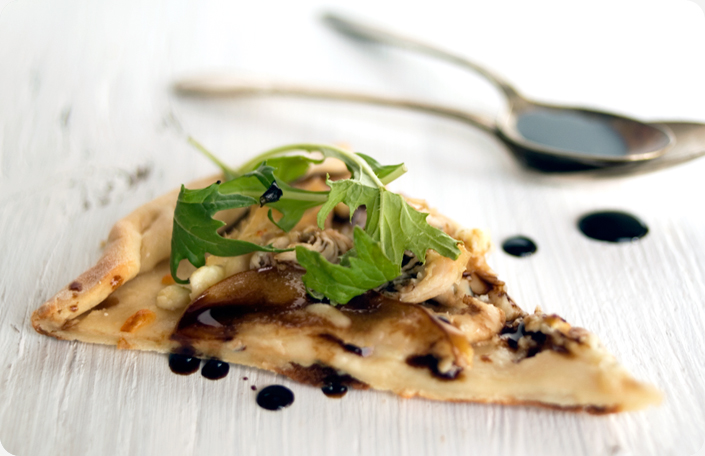 [My thanks to Lydia for the character name suggestion for this piece. Also, I’d like to point out for the record that I was really dubious about how the photos for this recipe were going to turn out. The pizza was absolutely delicious- sweet and faintly tangy and rich in the right places and surprisingly healthy since Nicole accidentally bought gluten-free pizza dough- but I made a comment about how, well, monochromatic the whole thing looked. Shows what I know. These photos are my favorites now. And I kind of want that pear/spoon one as a print for my kitchen. And Nicole is all, “Fool, don’t doubt the lens, ok?” Serves me right.]

[Also, some housekeeping. We have a new Facebook Group! We wanted a place to share recipe ideas and character names and thought it might be fun to open it up to other food-lovers too. We know you read a lot of magazines and food blogs and magazines about food blogs and that sometimes you see something that you just want to share. So share it with us!]

[Recipe: It comes from Cooking Light and it originally called for peaches but we went for pears instead because, well, we had pears and no peaches.]

I prefer to buy cheese, as I believe it is more save to buy prepacked food. I had a chance to learn from Roberts Technology Group, Inc. that they use latest technological solutions to achieve the best possible shelf life product.

Get information on which openers to use when opening wine on Kitchenistic.