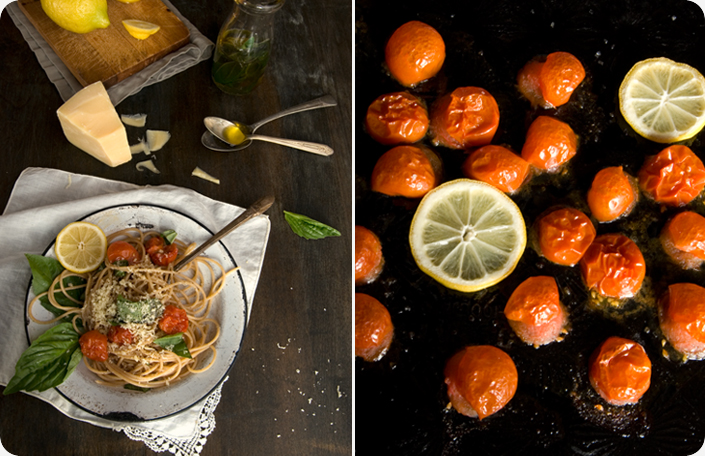 “What?” Kelsey called out over the din of the bar. She’d heard him all right- she just wanted to hear him say it again. She grinned. He grinned.

All in all, ok for a third date, she thought. The bar was close to her house, not that close but close enough as Amy would say, and it was cold outside but warm in there and getting warmer. She shoved her coat back on the seat, crammed it into the corner of the booth and inadvertently brought herself closer to him in the process. That was ok too, she thought with a smile.

Jimmy was about to say something but stopped himself, instead turning to the small corner of the bar that had been carved out for a stage. The band took their places and a few people in the place started to clap and whoop.

There were three guys in the corner, all of them with guitars and none of them looked like they’d bathed or shaved in the last year. What was it about bands, Jimmy thought, that made them all think they needed to look like they just crawled out of an underground lair?  The one closest to the door, closest to the wall, suddenly froze where he stood, guitar strap partially suspended in air. He seemed to be looking right at Jimmy, who was confused as he’d never seen this guy before in his life. But still- the guy with the beard stared.

When he leaned over and mentioned it to Kelsey, she looked to where he was pointing. She looked so cute, he thought, nibbling on the lemon slice that had been bobbing in her water glass, but when she met the eyes of the guitar player, the wedge slipped out of her hand. It suddenly struck him that the guy wasn’t staring at him at all- he was looking at her.

Jimmy caught the lemon and, though the bar was buzzing, he caught what she said under her breath too. “Oh, crap.”  She dropped her face into her hand to shield it from view. A flush was creeping up her neck. Though she tried to hide it, the expression on her face was unmistakeable- at least to him. Jimmy was a master of this expression.

When the bearded guy stepped forward and said loudly, into the mike, “This first one’s for Kelsey,” and when she looked up, shocked, Jimmy knew it for sure.

Jimmy leaned back in the booth and sighed as the band started to play. 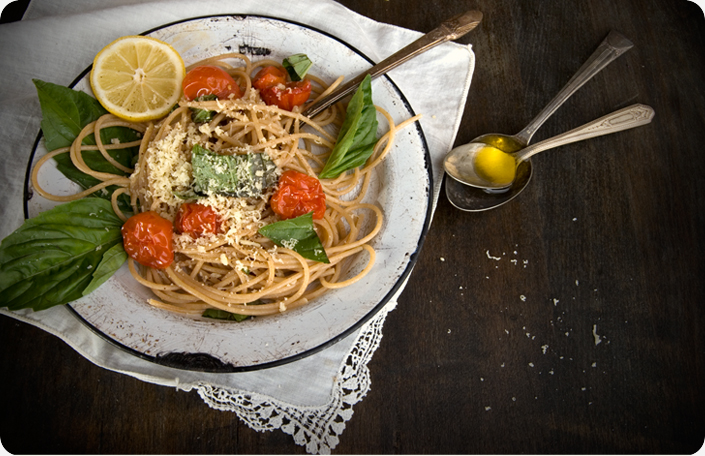 Directions: Roast tomato and lemon slices in a 350 degree oven for 20 minutes or more, until tomatoes blister. Cook pasta to al dente, reserve a little pasta water. Heat olive oil in a skillet. Squeeze a little lemon juice into oil, add some pasta water and stir. Add pasta and basil to skillet, season with salt and pepper and toss. Sprinkle with freshly grated parmesan cheese. Serve with roasted lemon slices.