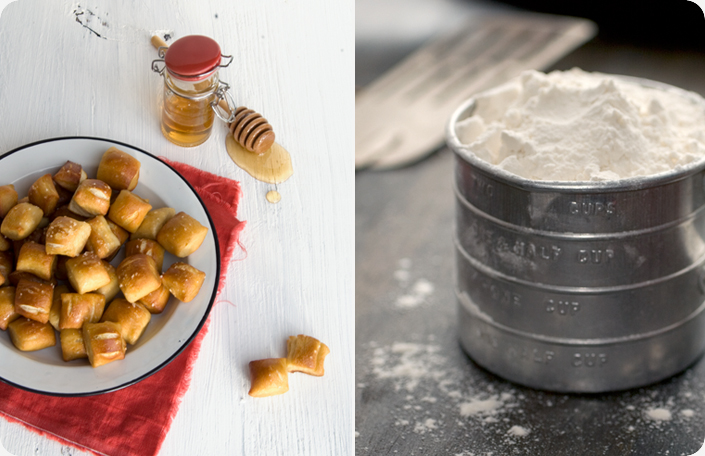 Julia looked at her new friend doubtfully. “And where am I supposed to sleep?”

The little shell gave her a look as if he was trying to shrug his shoulders. He couldn’t, of course. He was a shell.

Because the girl looked at him so expectantly and made no moves to finding a solution on her own, he sighed and puttered across the table. Julia watched as he skittered onto a plate and disappeared over the rim. A moment later, a golden mound emerged, like a salt-encrusted sun rising up on a new day. It tumbled over the edge of the plate and dropped onto the tabletop with a thud. The shell followed, huffing and looking quite put out.

Together, they stared at the mound and the shell finally nudged it toward her with his tiny shoe.  “At least now you have a pillow,” he said. 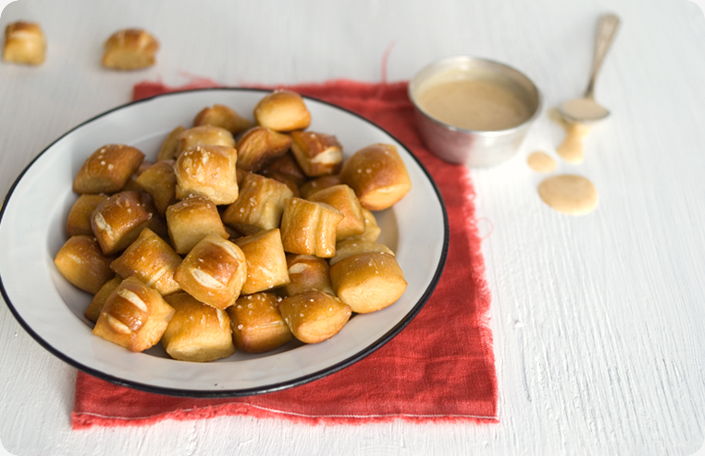 Pretzel Bites Recipe– This plate of joy comes from Whats Gaby Cooking– a site I enjoy looking at when the day has gone completely haywire and I just want to look at something clean and neatly arranged and filled with glorious pictures of food. These bites were a big hit in the office, though some got a little too dark for my liking (our fault, not Gaby’s). You can customize them plenty, and make them your own. There’s even Gluten Free Soft Pretzel Baking Mix you can get for those that might need it, so there’s no reason not to give it a try. We all agreed that they’re an unstoppable force when they’re still warm.

Honey Mustard Recipe–  Nicole doesn’t like mayo and I’m on Weight Watchers (surprise!) so this no-mayo honey mustard was the obvious choice. We used honey that came from Nicole’s grandmother’s bees, which is the single foodiest sentence I’ve ever written, which is probably why it was so, so good.